"The last of the known worlds to be explored": A remarkable first peek at NASA’s historic Pluto images

It's a big day for space exploration and social media today, as NASA hands its exclusives off to Instagram 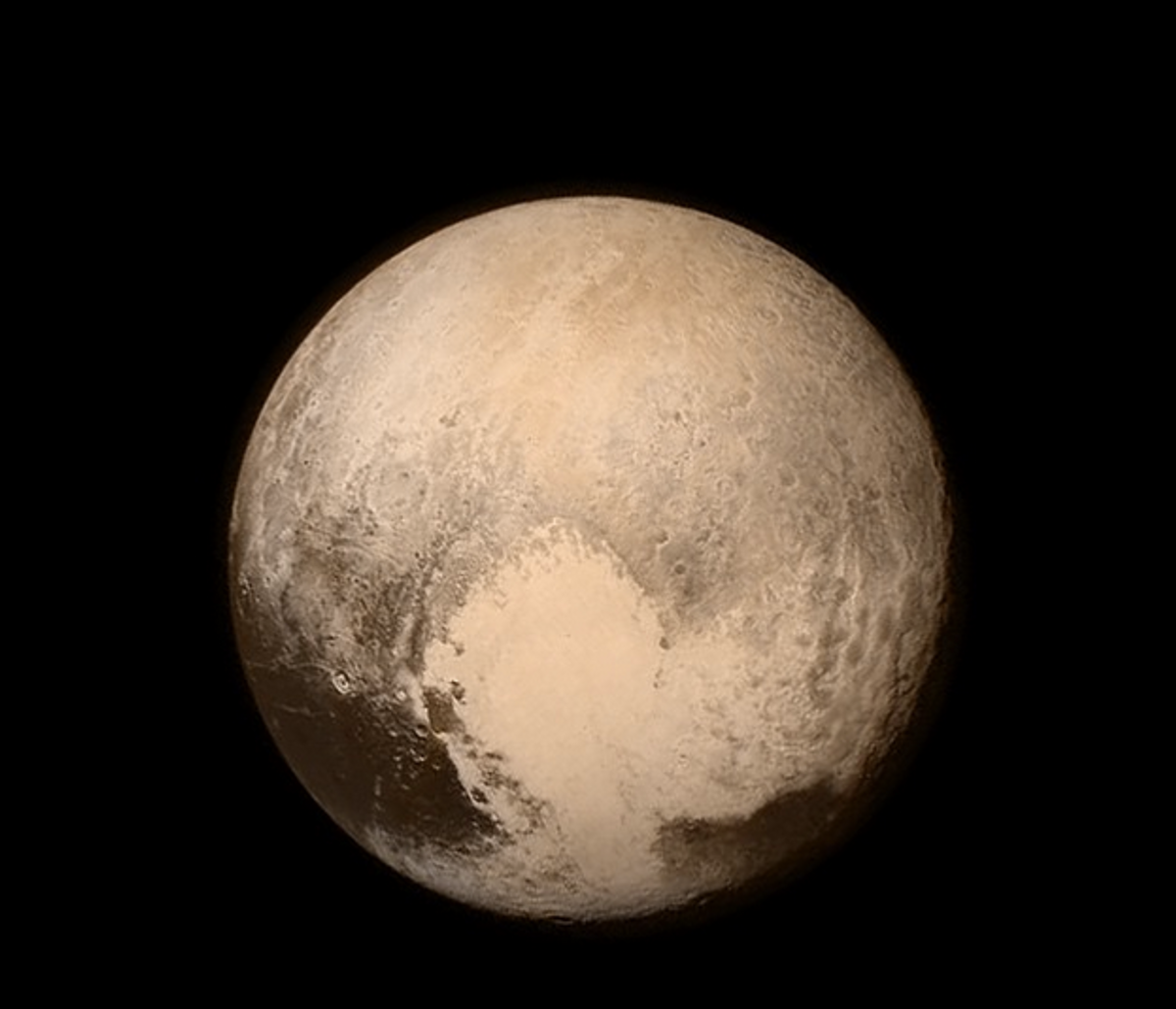 At around 7:49 a.m. ET Tuesday morning, Pluto was paid a quick visit by NASA's New Horizons spacecraft. Moments later, the first image of its surface — captured from 476,000 miles (766,000 kilometers) away — was uploaded to the space agency's incredibly popular Instagram account. The account boasts over 3.5 million followers and will, in all likelihood, well exceed that by the end of today.

SNEAK PEEK of gorgeous Pluto! The dwarf planet has sent a love note back to Earth via our New Horizons spacecraft, which has traveled more than 9 years and 3+ billion miles. This is the last and most detailed image of Pluto sent to Earth before the moment of closest approach - 7:49 a.m. EDT today. This same image will be released and discussed at 8 a.m. EDT today. Watch our briefing live on NASA Television at: http://www.nasa.gov/nasatv The high res pic will be posted on the web at: http://www.nasa.gov. This stunning image of the dwarf planet was captured from New Horizons at about 4 p.m. EDT on July 13, about 16 hours before the moment of closest approach. The spacecraft was 476,000 miles (766,000 kilometers) from the surface. Image Credit: NASA #nasa #pluto #plutoflyby #newhorizons #solarsystem #nasabeyond #science

“We made an editorial decision to give the world a sneak peek of the image on Instagram,” NASA's social media manager John Yembrick told WIRED. “We feel it’s important to engage new audiences.”

The image was posted to the picture-sharing network a whole hour before NASA agreed it would be officially releasing it to NASA.gov. You can now find the image there, accompanied by much more information about the 3-billion mile journey that led them to the dwarf planet.

NASA's encounter with Pluto marks the end of an era. As New York Times' Dennis Overbye notes, we have now successfully "cleared the last of the big hills."

"After a journey of nine and a half years and three billion miles, the New Horizons spacecraft is to go past Pluto, once the ninth and outermost planet, the last of the known worlds to be explored. This is the beginning of the end of a phase of human exploration. The crawling-out-of-our-cradle-and-looking-around part is over."

Arguably, this is also a big moment for social media; NASA's spokesperson said this is the first time the space agency has handed off an exclusive to a social media company.

Below, several images of the New Horizons journey courtesy of NASA's Instagram:

Three billion miles from Earth and just two and a half million miles from Pluto, NASA’s New Horizons spacecraft has taken its best image of four dark spots that continue to captivate. At 7:49 AM EDT on Tuesday, July 14 New Horizons will zip past Pluto at 30,800 miles per hour (49,600 kilometers per hour), with a suite of seven science instruments busily gathering data. The mission will complete the initial reconnaissance of the solar system with the first-ever look at the icy dwarf planet. Credit: NASA #nasa #space #pluto #plutoflyby #nasabeyond #science

Stunning Spiral Galaxy! This little-known galaxy is a classic example of a spiral galaxy. The galaxy is much like our own galaxy, the Milky Way. The disk-shaped galaxy is seen face on, revealing the winding structure of the spiral arms. Dark patches in these spiral arms are in fact dust and gas — the raw materials for new stars. The many young stars that form in these regions make the spiral arms appear bright and bluish. Image credit: ESA/Hubble & NASA #nasa #hubble #hubble25 #nasabeyond #space #galaxy #science

They're a fascinating pair: Two icy worlds, spinning around their common center of gravity like a pair of figure skaters clasping hands. Scientists believe they were shaped by a cosmic collision billions of years ago, and yet, in many ways, they seem more like strangers than siblings. A high-contrast array of bright and dark features covers Pluto's surface, while on Charon, only a dark polar region interrupts a generally more uniform light gray terrain. The reddish materials that color Pluto are absent on Charon. Pluto has a significant atmosphere; Charon does not. On Pluto, exotic ices like frozen nitrogen, methane, and carbon monoxide have been found, while Charon's surface is made of frozen water and ammonia compounds. The interior of Pluto is mostly rock, while Charon contains equal measures of rock and water ice. On Tuesday, our New Horizons spacecraft will make its closest approach to Pluto. Standby for more never-before seen images of Pluto! Image Credit: NASA #nasa #space #newhorizons #pluto #plutoflyby #charon #nasabeyond #science

Flaring, active regions of our sun are highlighted in this new image combining observations from several telescopes. High-energy X-rays from our Nuclear Spectroscopic Telescope Array (NuSTAR) are shown in blue; low-energy X-rays from Japan's Hinode spacecraft are green; and extreme ultraviolet light from our Solar Dynamics Observatory (SDO) is yellow and red. All three telescopes captured their solar images around the same time on April 29, 2015. The NuSTAR image is a mosaic made from combining smaller images. The active regions across the sun's surface contain material heated to several millions of degrees. Image credit: NASA/JPL-Caltech/GSFC/JAXA #nasa #sun #nustar #nasabeyond #hinode #sdo #science

Only 8 days until our New Horizons spacecraft flies by Pluto! And new high-resolution views of Pluto were just released! One image includes the four mysterious dark spots on Pluto that have captured the imagination of the world. The Long Range Reconnaissance Imager (LORRI) obtained the images prior to the July 4 anomaly that sent New Horizons into safe mode. This color version of the July 3 LORRI image was created by adding color data from the Ralph instrument gathered earlier in the mission. All images: http://www.nasa.gov/newhorizons Credit: NASA/JHUAPL/SWRI #nasa #pluto #plutoflyby #newhorizons #space #nasabeyond #science

Happy 4th of July! While fireworks only last a short time here on Earth, a bundle of cosmic sparklers in a nearby cluster of stars will be going off for a very long time. This is a star cluster populated with many young stars that are less than 2 million years old, a blink of an eye in astronomical terms for stars like the Sun expected to burn for billions of years. Image credit: X-ray: NASA/CXC/SAO/S.Wolk et al; Optical: DSS & NOAO/AURA/NSF; Infrared: NASA/JPL-Caltech #nasa #space #astronomy #science#fourthofjuly #happyindependenceday#independenceday #4thofjuly #fireworks