"There's a difference between immigration and the sanctuary city policy," she said, before pretending there wasn't 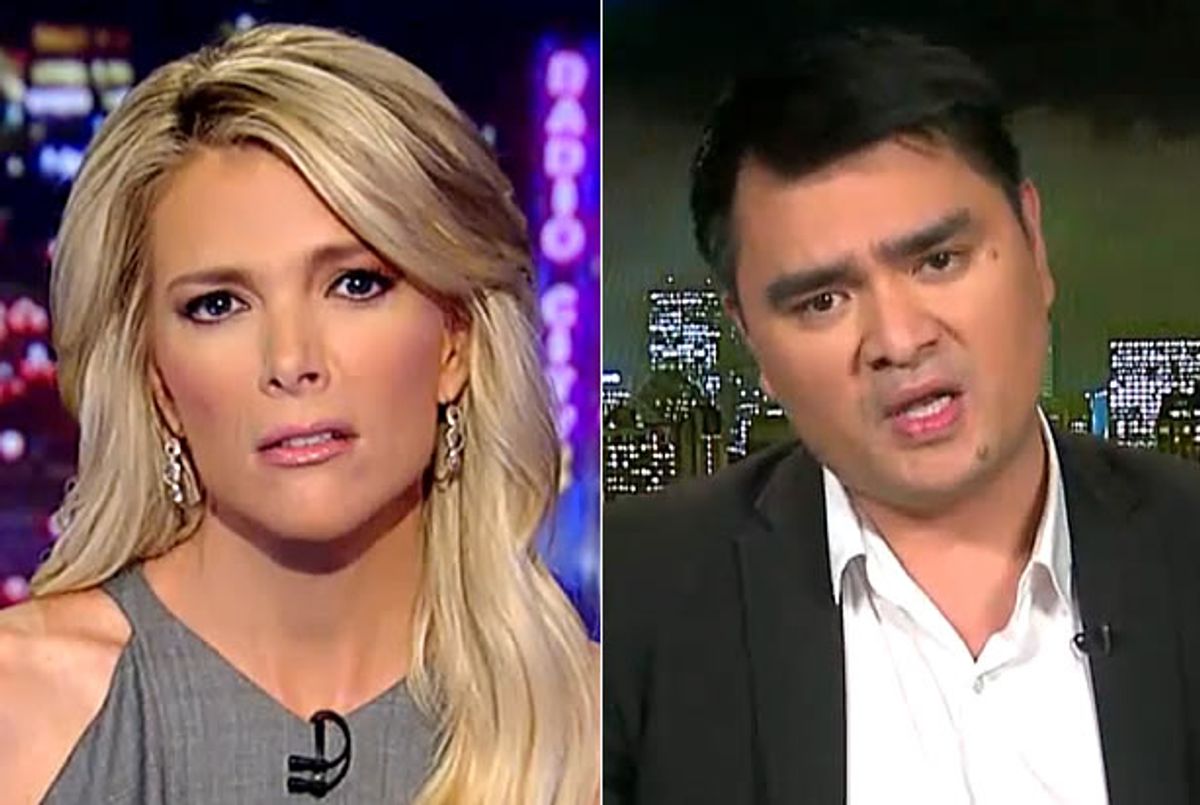 On "The Kelly File" last night, Megyn Kelly spoke to the man whose film is premised on what one of her guests last week characterized as an "odious lie" -- the existence of white privilege. But because this is Fox News, there's a narrative in need of service, so she began by asking him to opine about sanctuary cities in the wake of Kelly Steinle's murder.

"I realize there's a difference between immigration issue as a whole and the sanctuary city policy," Kelly told Jose Antonion Vargas, director of the new MTV documentary "White People." "Do you agree that this case is the prime example that this policy and these cities need to go?"

Vargas replied by telling Kelly that Steinle's death could have been prevented if ICE had issued a warrant for his arrest. Kelly disagreed and, reading off a conveniently placed card, quoted the legal justification San Francisco could have used to defy any warrant issued by ICE.

Vargas was cowed by the specificity of Kelly's citation -- which was the point of it, after all -- and tried to finesse the conversation, reminding Kelly that the point of sanctuary city policies is to allow undocumented immigrants to make their presence known to local authorities.

"I understand that that's their justification," a suddenly heated Kelly replied, "but the law is the law! And fidelity to the law is what binds us together as a country! Failure to do so has real consequences like Kate Steinle and her family just learned."

She did not, however, mention the numerous talking heads showcased by Fox News who are calling on churches to openly defy that selfsame rule of law in the wake of the Supreme Court's ruling on same-sex marriage. Kelly was more concerned with insisting that immigration "is one area that we the country should agree on," despite the fact that Vargas -- himself an undocumented immigrant -- had just explained to her some of the lived complexities that any discussion of immigration policy must confront. "Something needs to be done!" she shouted.

"I understand that," Kelly said, before adding that anyone who states otherwise -- by which she means, wittingly or no, everyone employed by Fox News not named "Geraldo Rivera" -- is "engaging in hyperbole."

They did, in the end, try to discuss Vargas' film about white privilege, but conversation stalled after Kelly admitted that despite inviting him on her program, she hadn't actually seen anything more than the trailer.