Both parties are owned by plutocrats. Sanders' challenge threatens them both, and their responses are oddly similar 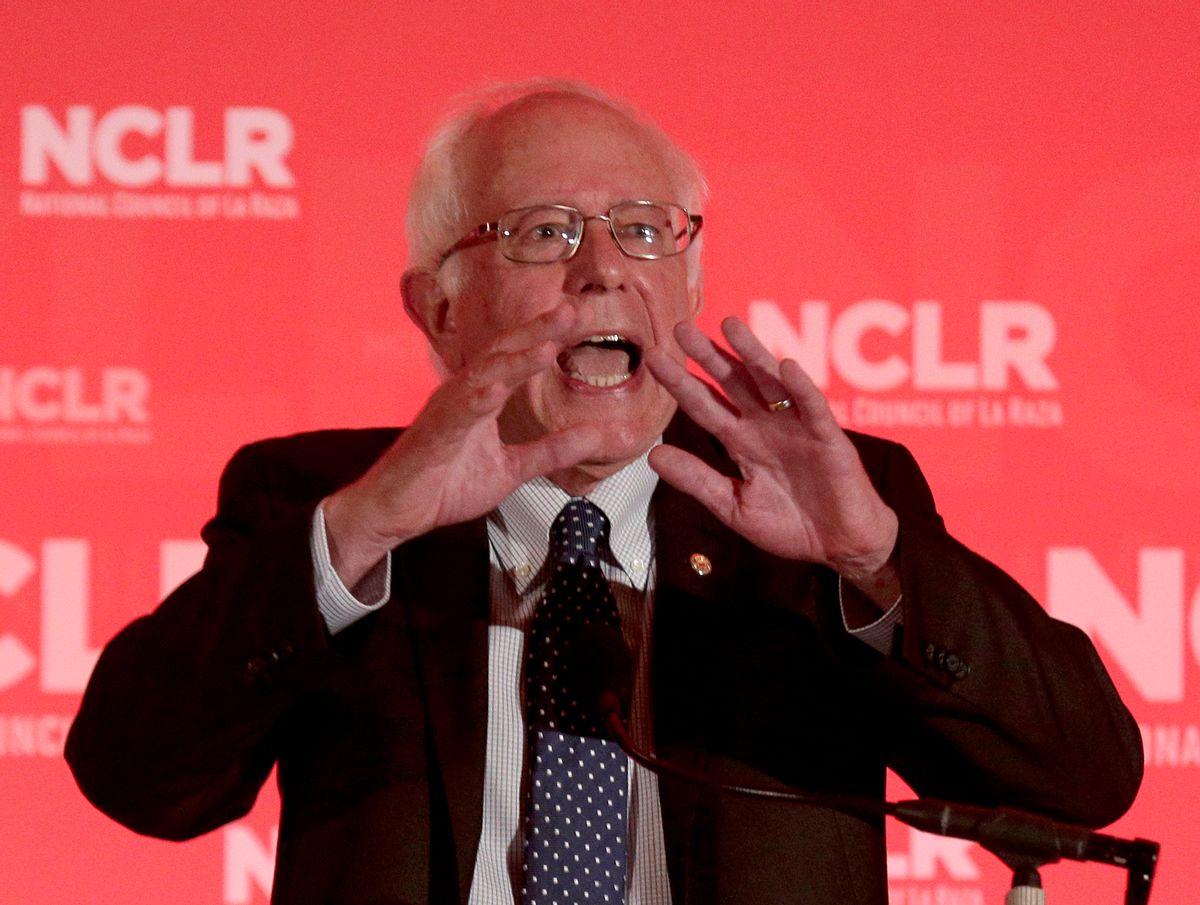 Everyone is scrambling to make sense of the Bernie Sanders phenomenon. According to recent polls, the senator from Vermont is second only to Hillary Clinton among likely Democratic voters. Part of the confusion, it seems, has to do with Sanders' so-called “socialism.” How, the pundits ask, can a self-described “socialist” gain any traction in American politics today?

I expect conservatives to pound this question down the throats of their audiences, but Democrats have latched onto this trope as well. Sen. Claire McCaskill, for instance, blithely suggested that Americans will reject Sanders once they discover his socialist roots: “This is somebody who can carry the torch of middle class opportunity without alienating a wide swath of voters by being, frankly, a socialist,” McCaskill said in defense of Hillary Clinton.

This is becoming tedious. First, Bernie Sanders isn’t a socialist – at least not in the conventional sense of that term. It’s true that he occasionally accepts the label, but he does so in a very nuanced way – which, in my view, only adds to the confusion. But that’s another problem altogether. The point is that there are no socialist candidates running for president. However elastic the term has become, “socialist” does not mean progressive or liberal Democrat. Socialism, at minimum, requires the abolition of private property and government ownership of the means of production.

Nothing in Bernie Sanders’ platform qualifies as socialist, if that term has any relation at all to its historical meaning. Obsessing over Sanders’ socialist leanings is an exercise in distraction. The choice today, the only choice we really have, is between different species of capitalism. Republicans are absolutists; they fetishize the free market. People like Ted Cruz and Bobby Jindal want no regulation, no safety nets, and no constraints on private power. They represent the true believers, the ones who despise government and make a divinity of the market. Sanders rejects this brand of capitalist theology, but that doesn’t make him a socialist.

Take a look at Sanders' actual platform. He’s not calling for the elimination of private ownership of productive forces. His agenda fits neatly under a capitalist paradigm – as it must. Yes, he wants to regulate commercial activities. Yes, he wants to break up too-big-to-fail banks. Yes, he supports unions. And yes, he believes healthcare and education are human rights. He is, however, a capitalist. What he – and many other Americans – reject is corporate welfare and monopoly capitalism and the complete financialization of the American economy. Again, that doesn’t make him a socialist. Even the conservative columnist George Will has acknowledged that Sanders' vision is just a diluted version of the “social democracy” practiced in much of Europe.

That Sanders is dubbed a “Marxist” or a “socialist” is a testament both to the corruption of language, Fox News and the insidious propaganda machine in this country. The truth is that capitalism has won; no one seriously disputes that – certainly no one in government. “Socialism” is now an epithet, something conservatives hurl at people who challenge corporate power – the term has been emptied of any real content.

Many of the people dismissing Sanders (particularly on the right) have an exaggerated sense of their own freedom. Tyranny, they assume, is something only the state does. But that’s not true. Surrendering political power to corporate interests is a form of tyranny, too. This is what we have today. A political system without rule of some kind is impossible, even in a free society such as ours. The real question is who rules, to what degree, and to whose benefit? Conservatives want to eliminate government as much as possible, to let the market work its will. But we’ve seen the result of that. America, today, is much closer to a plutocracy than a democracy. Corporations write our laws, buy our elections, and dictate political discourse. That’s nakedly anti-democratic, and Sanders is one of the few candidates proposing to do something about it.

He’s not calling for a revolution. He wants to impose democratic checks on an increasingly undemocratic system. And he wants to do so in ways perfectly consistent with what most Americans actually desire. The entitlement programs conservatives so deplore, for example, are wildly popular when Americans are asked about specific programs rather than vague concepts like “socialism.” Even his progressive taxation plan is conservative when compared to previous Republican administrations such as Dwight Eisenhower.

What Sanders proposes is a reasonable equilibrium between public goods and private interests, one that existed for much of the 20th century. He doesn’t want to change America so much as make it work in ways it once did. The hysteria surrounding his candidacy is manufactured, a ploy to marginalize his voice, which is much more mainstream than his opponents would have you believe.