ICYMI: The culinary "bad boy" is doing stand-up comedy now -- and Fieri is a recurring punchline 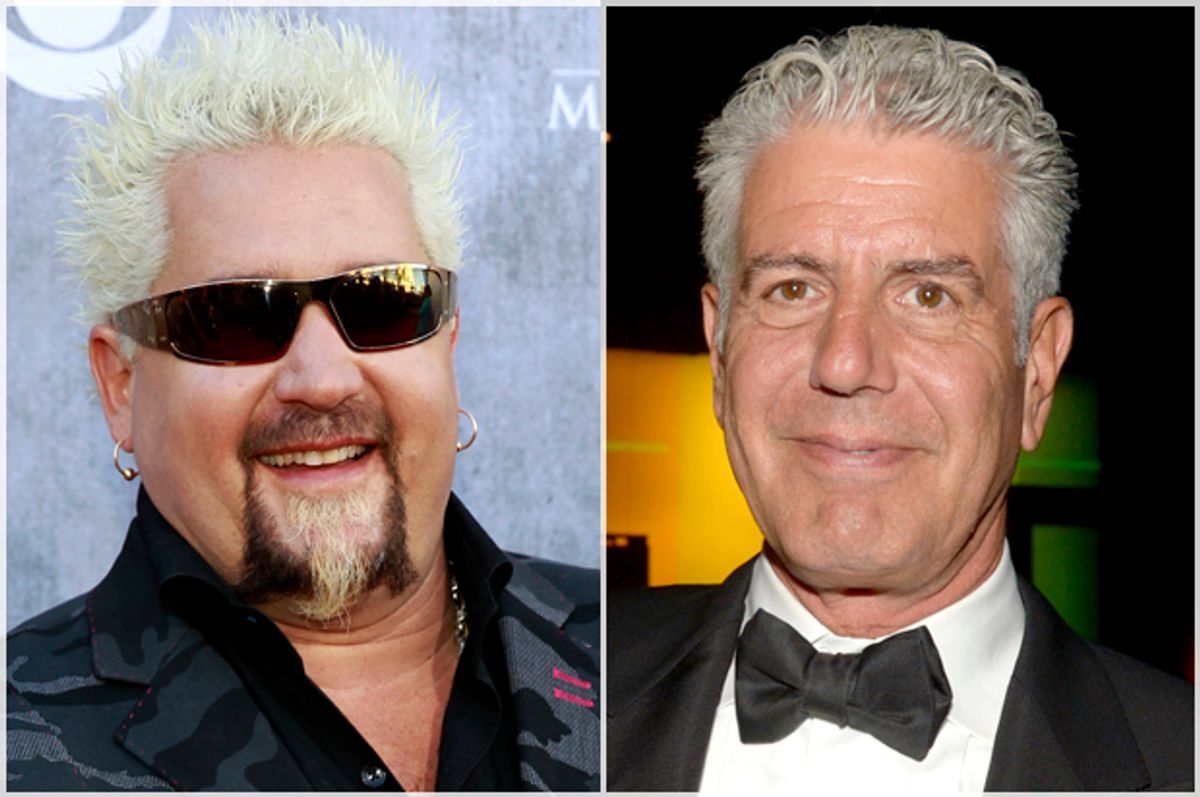 In case you missed it, globetrotting chef and "culinary bad boy" Anthony Bourdain is now traveling the world in pursuit of comedy. The TV personality just set off on a nationwide tour called "Close to the Bone," an opportunity, according to his press release, to “open the book on what [he's] learned seeking the road untraveled." Also, as evidenced by a recent show at Fabulous Fox Theatre in Atlanta, it's granted him the freedom to throw shade at network-rivaling frosted-tip monster Guy Fieri without repercussion.

Learning that Fieri had just become a father, Bourdain expressed some concern that the Food Network personality-restaurateur might not be able to "de-douche" in time.  Fair enough -- can a 52-year-old who still wears flame-tiled button-ups really ever change?

"The minute that you become a father, certain truths become immediately obvious to you," Bourdain said. "The first second you see your daughter’s head corkscrew out of the womb and open her eyes, they are pretty much saying 'Lose the Ramones shirt.' . . . So I’ve made some adjustments in my life. So I sort of feel in a heartfelt way for Guy [Fieri]. I wonder about him. He’s 52 years-old and still rolling around in the flame outfit . . . What does he do? How does Guy Fieri de-douche?"

Fieri wasn't the only food personality that felt the heat of Bourdain's roast; Adam Richman, too, the star of Travel Channel’s popular “Man vs. Food” was slammed for his over-the-top show which, Bourdain went on to say, paints such a damning portrait of the everyday American that it's enough to prompt someone to join ISIS.

“Why did we watch that show? Admit it. You wanted him [Richman] to die,” Bourdain said. “The show confirms their worst suspicions—that Americans are fat, lazy, slothful, [and] wasteful,” He continued, imagining that a poor goat herder in the mountains of Afghanistan was tuning into the show.  “I know what he’s thinking, ‘America is a terrible place. I want to join ISIS.’”