Atticus Finch was never a hero: "This book taught white people how to talk about race, and it did so badly" 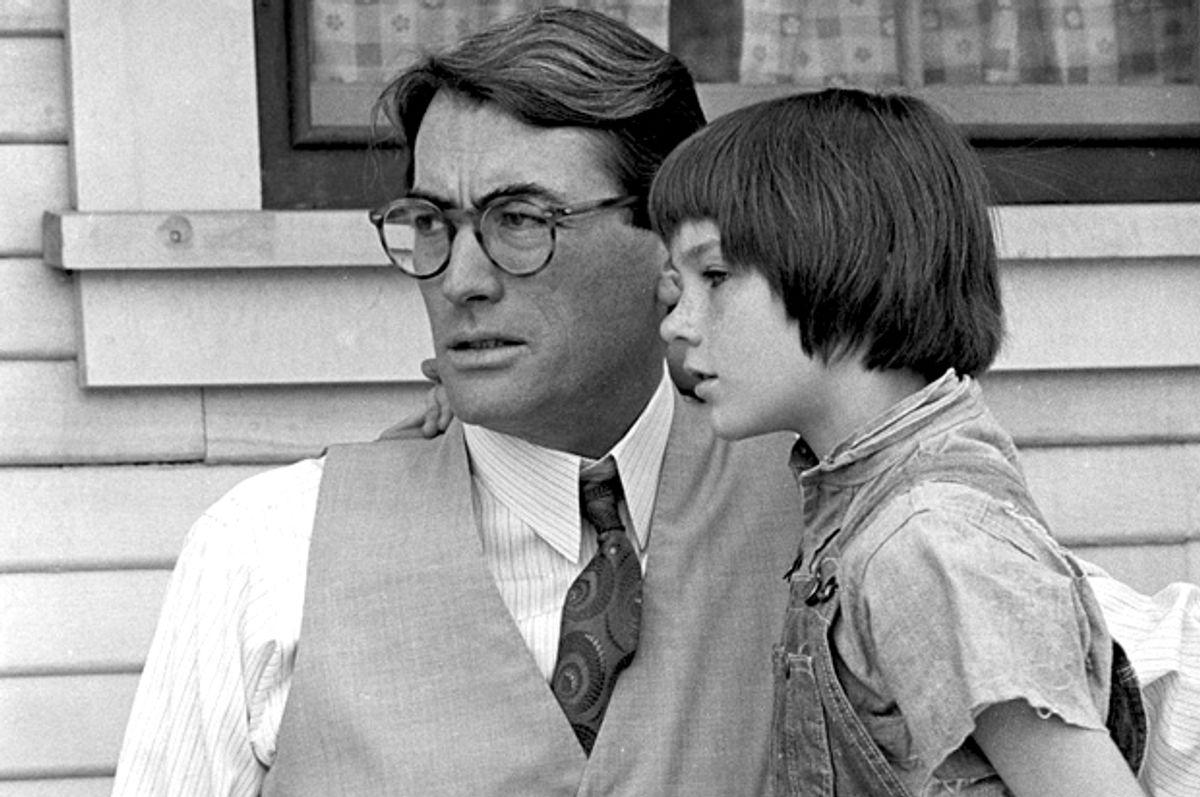 The overwhelming response to the publication of “Go Set a Watchman,” Harper Lee’s sort-of sequel to “To Kill a Mockingbird,” has been shock that the saintly lawyer Atticus Finch has turned, a generation later, into a segregationist and racist.

But some readers of the book never took Atticus as a hero for racial justice. One of them was Katie Rose Guest Pryal, who wrote a 2010 essay, “Walking in Another’s Skin: Failure of Empathy in to Kill a Mockingbird,” that took a dissenting view. “Empathy -- how it is discussed and deployed by both the characters in ‘Mockingbird’ and by the author, Lee -- is a useful lens to view the depictions of racial injustice in ‘Mockingbird,’ because empathy is the moral fulcrum on which the narrative turns.” (It’s contained in a book of new "Mockingbird" essays edited by Michael J. Meyer.) But the book, she argues, fails at its goal of generating empathy across racial lines.

We spoke to Pryal, a novelist and former law professor, from her home in North Carolina.

Were you as shocked as the rest of the world with the “new” Atticus Finch?

No, I was not. That was who I always thought he would be.

You didn’t see him as a noble hero of racial justice, then.

It depends on how you define heroism. He’s probably a good father. But he’s not a hero for racial justice in “Mockingbird.” Over the last 50 years we’ve held him up as one. That’s why people have been surprised by this portrayal of him.

[Atticus’s effort] in "Mockingbird" is not the work of someone working for racial justice. He is not trying to eradicate racism from the legal system. He makes a living off the backs of the poor and people of color. He is the ultimate Southern gentleman – paternalistic and all that.

The key point of your essay is about empathy – how it works, or doesn’t work, in the novel.

The most notable line in the book, which Atticus tells Scout, is, "You never really understand a person until you consider things from his point of view ... until you climb into his skin and walk around in it." I don’t think it’s an accident that Harper Lee uses “skin” rather than “shoes” -- it’s a nod toward race.

But at no point in the book do we see Atticus or any of the white characters do that, except when they go to the black church …

The black characters, you write, remain mostly silent in “Mockingbird.”

What’s the response been to your essay? Were people upset by it?

People hate my reading of Atticus and “Mockingbird”! Except people who study racial justice.

The reason why people get upset is that it’s more than a novel. People have said, “It’s just a novel, he’s just a character …” But people name their kids for Atticus. I talk to my students – they go to law school because of him.

It’s changed our cultural consciousness – it did. This book taught white people how to talk about race, and it did so badly.

Why have we missed this over the years?

I don’t lay this on Harper Lee at all.

It’s our self-image as white people, then?

I call it a fear of revelation. If you read it with a racial-justice perspective – which you could have done in the 1960s -- and seen it the way I see it now.

People think my reading is fringe. But if you read it with the perspective of our world as dominated by white supremacy, then everything is right there. But you have to take that step. And it’s very scary for people.

And this book is such a part of that cultural conversation – and another symptom.