Bill O'Reilly's gunning for me! Salon is a "hate site" just as foul as Stormfront

"You wouldn't use anything from Stormfront, would you? Why are you using stuff from Salon, which is just as ugly?" 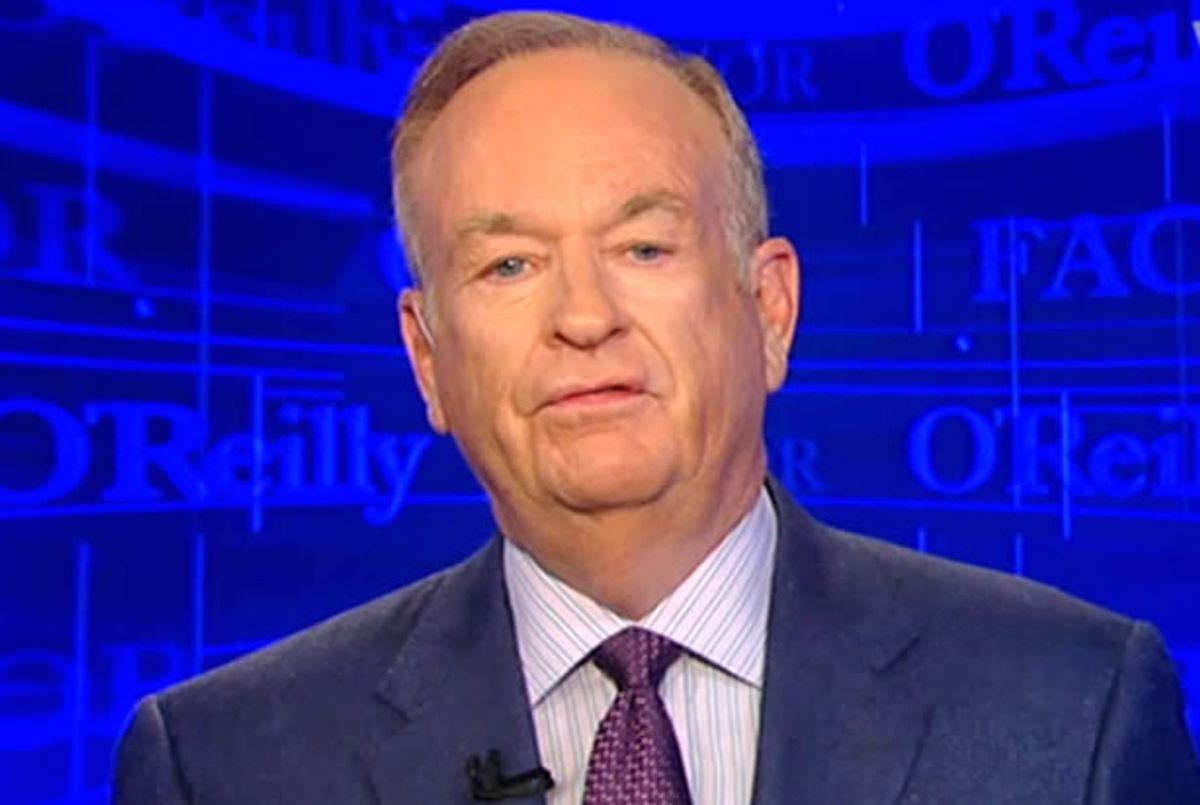 Bill O'Reilly expressed his extreme displeasure with "hate sites" like Salon during his "Talking Points Memo" Tuesday night, claiming that an article I wrote is comparable to material you'd find published at the neo-Nazi site Stormfront.

I'm just going to put aside the fact that Stormfront's "community of racial realists" wouldn't be too happy with a Jew like me publishing with them and simply recount his ridiculous argument, which is that I'm the source of all the deservedly bad publicity he received after sending Jesse Watters to harangue San Franciscans about Kate Steinle's murder.

According to O'Reilly, I set the narrative marching orders for some vast liberal media network from my downstairs office in Prairieville, Louisiana -- which is, of course, well known as a hub of violent leftist dissent. "The hate site Salon bannered this headline," O'Reilly said, before reading my headline with gusto, "'Bill O'Reilly sends the vile Jesse Watters to grandstand in San Francisco over Kate Steinle's murder.'" "Then liberal news organizations like the San Jose Mercury News spread the propaganda," he continued. "So here's a suggestion for the Mercury News and others who print this garbage -- you wouldn't use anything from Stormfront, another hate site, would?"

"So why are you using stuff from Salon, another hate website, which is just as ugly?" he asked. "Why are you legitimizing rank propaganda? You should be ashamed of yourself."

Of course, O'Reilly never addressed the actual point of my original article, that sending Jesse Watters -- who is objectively vile, that's not a judgment call on my part -- to hector officials in San Francisco was a terrible idea, one far more disrespectful than anything I've written about Kate Steinle and her brutal murder. He only obliquely addressed the fact that's he riding Donald Trump's anti-immigration coattails, saying that he "never said" that her murder proved Donald Trump to be correct.

He didn't have to -- because the thing about being wildly opportunistic on national television is that people can tune in nightly and judge a person's actions for themselves. I don't have to write about what O'Reilly says for people to form the correct impression about his positions, I simply do this as a service for those who can't physically stand to listen to a self-important palaverist bloviate for 42 minutes daily.