As the President travels to Choctaw Nation today, some OK residents gather in support of the embattled Flag 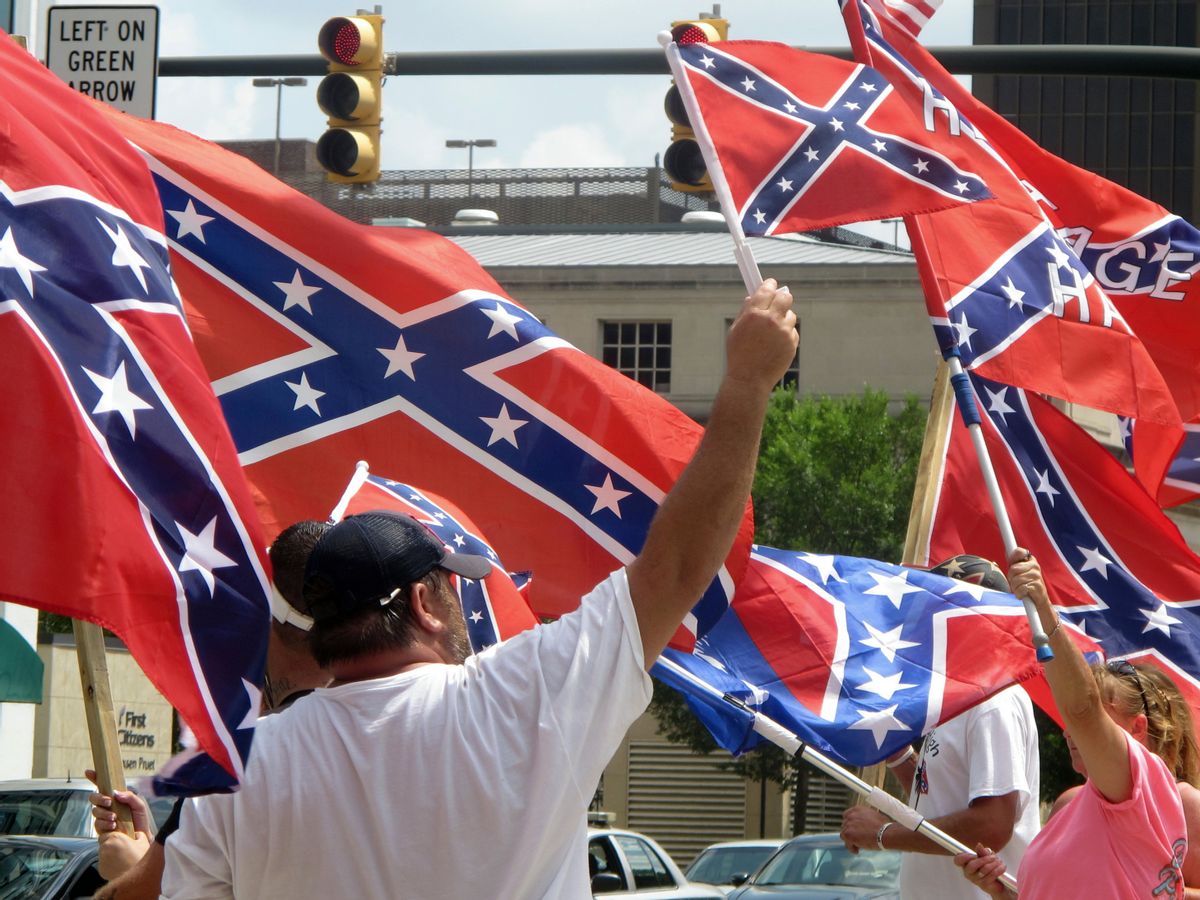 President Barack Obama is visiting Oklahoma today to promote his initiative to expand high-speed Internet access to low-income and rural Americans and later to make a historic visit to a federal prison, but he will first be greeted by a rally of Confederate flag supporters, The Tulsa Frontier reports.

The Facebook group "Stand By The Flag" features an image that reads "Confederate Lives Matter" and includes a post announcing today's rally. The group, which has 10,000 likes, encourages visitors to "please post your events for this weekend directly to the page!!!": Obama's proposal includes a plan to expand internet access to tribal lands and he will be launching the initiative from Choctaw Nation today, one of twenty so-called "Promise Zones" selected by the White House for targeted anti-poverty programs. According to some Facebook posts, however, the Confederate flag supporters will not be able to wave their flag on sovereign ground:

The Frontier posted video of supporters who have already gathered for President Obama's arrival. He isn't set to speak until 5pm local time but one flag waver explains that she's been awaiting his arrival since 8am: