Welcome to Twitter, home of stolen one-liners! Enjoy your stay 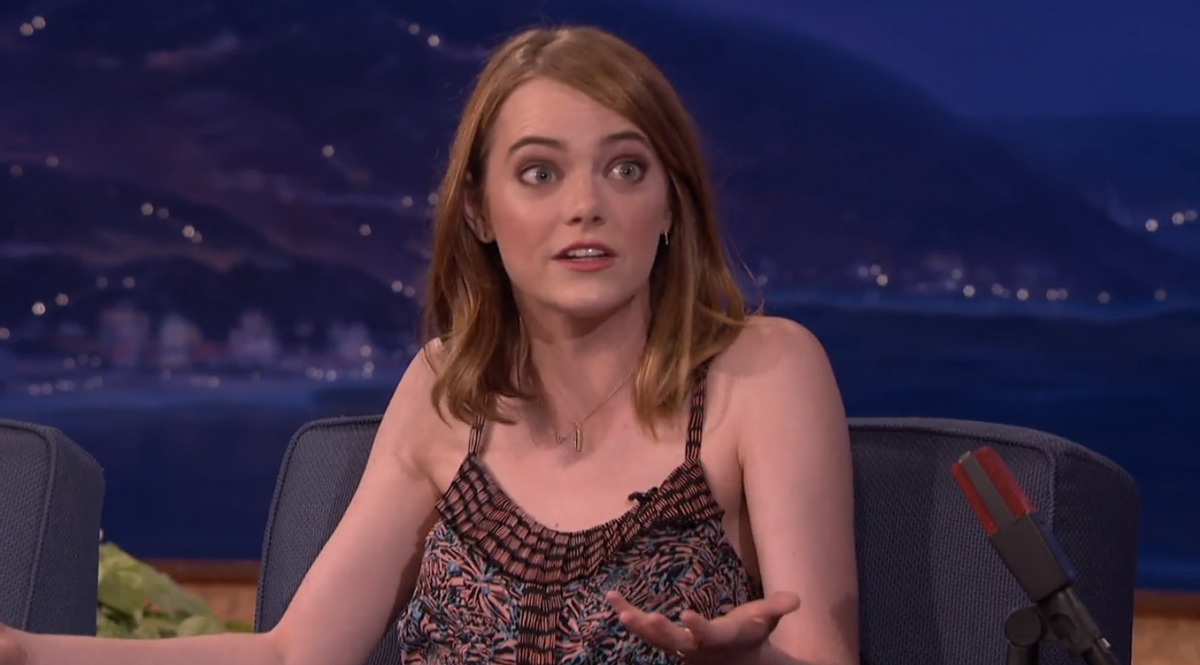 Emma Stone, the actress who once delivered an iconic tirade in "Birdman" because her dad (Michael Keaton) didn't have a Twitter presence, has assumed the role of social media aficionado yet again -- this time, in real life. While on the set of the Woody Allen-fronted film "Irrational film," in which Stone plays -- surprise! -- a man's much younger love interest, Stone had the chance to give Allen, the notoriously disconnected director, a Twitter 101 course.

Sitting down with Conan Tuesday night, Stone recalled how she explained Twitter to Allen. She decided to pull an example-tweet from Joyce Carol Oates, the author whose timeline in recent days has been bountiful with dizzying, offensive takes. Allen was apparently not the slightest bit amused after Stone shared her tweet  "tragedy + time = comedy." "That's my line," she remembers him saying. "In 'Crimes and Misdemeanors,'we did it about 40 times."