My daughter's not wearing pink: Enough with sparkly, princess clothes

We have long needed alternatives to the dreary pink and blue norms for kids. Finally, they're arriving 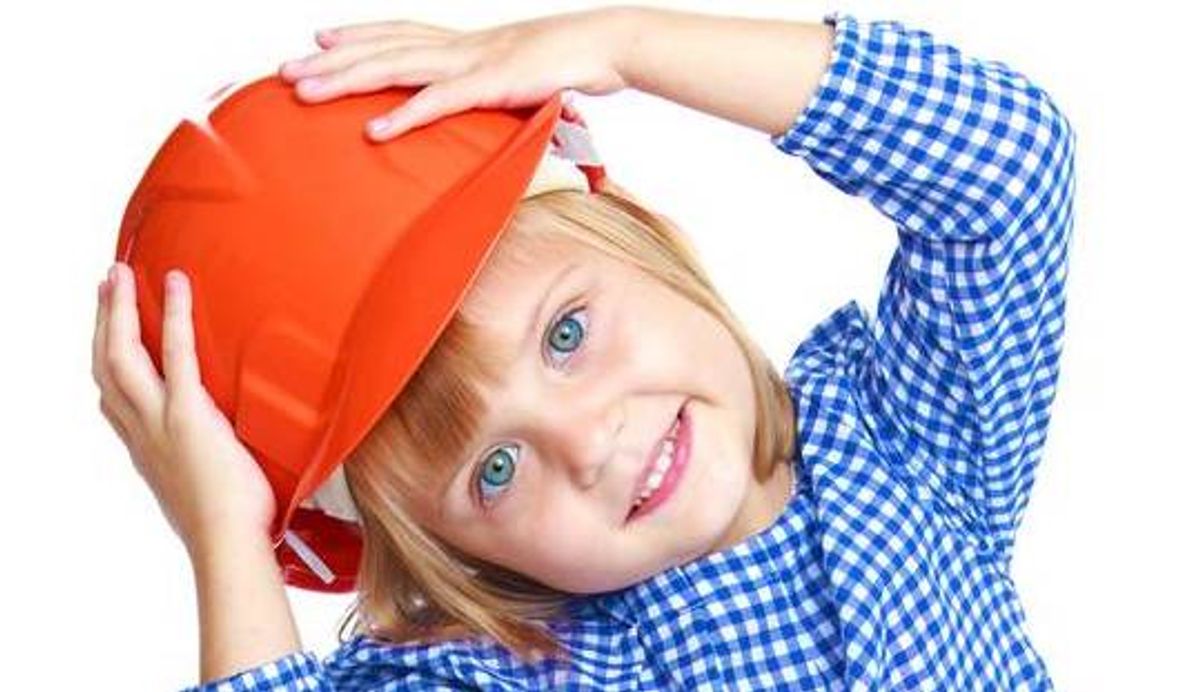 Bravo to the new wave of companies launched with the intention of breaking down the depressing pink or blue gender coded options for children’s clothing. As Bloomberg reports, startups with names like Handsome in Pink, Princess Awesome and Girls Will Be are providing alternatives for parents and kids who want options that aren’t limited by age old stereotypes.

Why is this important? Because when girls can only select amongst pink and sparkly outfits, and boys are told they should only like blue and dinosaurs, it doesn’t take long for them to get the message that there’s a right way and a wrong way to dress, not to mention behave, and a set of gendered interests they must abide by in order to fit in with their peers. That’s not to say pink and blue clothes shouldn’t exist, but there should be a range of choices that aren’t solely dictated by gender.

Bloomberg spoke with Sharon Choksi, who co-founded Girls Will Be, which aims to offer “girl clothes without the girly,” based on her own frustration as a parent, who wound up shopping in the boys’ section for her daughter because she didn’t want the sparkly attire offered in the girls’ section. “As Maya got older, Choksi worried that ‘boy’ and ‘girl’ labels would unnecessarily upset her daughter,” according to Bloomberg.

It can even affect their future job prospects, because of the cumulative effect of absorbing messages about what your gender is supposed to like. “If a girl is tugged away from liking outer space by societal pressures, she probably won't veer toward an aerospace profession later in life. If a boy is discouraged from playing with dolls and wearing bold clothes, they may not want to get into fashion design one day,” the Bloomberg article stated, based on the work of Pink Brain, Blue Brain author Lise Eliot.

The problem these companies are responding to is that most traditional clothing retailers aren’t giving similar options to boys and girls. Mom Lisa Ryder found that her science-loving daughter was out of luck with a 2014 Lands’ End catalog, which offered shark, dinosaur and “NASA Crew” shirts for boys, but for girls, “instead of science-themed art, we were treated to sparkly tees with rhinestones, non-realistic looking stars, and a design featuring a dog dressed like a princess and wearing a tutu,” as Ryder wrote in an open letter to the company.

To offer up a more empowering message, Handsome in Pink sells “Forget Princess Call Me President” onesies and T-shirts inspired by Peggy Orenstein’s book Cinderella Ate My Daughter, which they claim will educate “the public at large to think twice about the ways they interact with and address” girls. Svaha sells shirts featuring girls as firefighters and astronuats and playing baseball, along with several designs such as trucks, dinosaurs and robots that are the same in their boys’ and girls’ sections.

We need these offerings because there are still so many people clinging to some variation of “sugar and spice and everything nice” vs. “snips, snails and puppy dog tails”—yes, even today. Last year, Kathleen Haley wrote about her shock at being told how “lucky” she was to be pregnant with a boy:

A stranger at my CPR class asked me if I was having a boy or a girl, and then she shared with me her view that “girls are mean.” An exceedingly nice man who works at a local restaurant chuckled while saying that my husband must like it that I’m having a boy. One acquaintance told me it’s harder to raise girls than boys, while another advised me that “I got lucky” by having a son.

Since gender stereotypes start before kids are born, so it’s not a surprise that they extend into their first outfits, including onesies. It’s bad enough that adults are given so many rules about being the right kind of man or woman, but it’s far worse that we put those misguided ideas onto babies and children.

Some parents simply don’t want their children’s fashion options dictated by gender, lest their children absorb problematic message that they must obey the rules about what it means to be a boy or a girl. Lori Duron, whose blog Raising My Rainbow details her gender non-conforming son who enjoys wearing “girls” clothes, praised Kim Kardashian for dressing North West in gender neutral outfits, writing, “Clothes don’t have to signify gender. You don’t have to announce the sex and/or gender of your child via the outfit. If people can’t tell, but want to know, they can ask. Gender-neutral clothing for kids is one step in the right direction of freeing them from restrictive gender boxes.” Just give Duron’s blog a quick glance to find out the many ways having a child who opts out of wearing the “correct” gendered clothing causes adults to freak out.

Yes, these are related issues, and aren’t just relevant to the girl who doesn’t like sparkles or the boy who wants a doll for Christmas. They’re also relevant to the siblings, families, classmates, teachers and neighbors of those kids, who also need to learn that not every boy wants to learn about dinosaurs (or play with guns) and not every girl wants to play princess. At two or three, it may seem like it’s not that important, but as kids get older, and others start to police what they’re wearing, it can become a matter of safety. As Quirkie Kids, which offers gender neutral t-shirts, one of the companies profiled by Bloomberg, states on their about page, “No child should have their gender questioned or be judged or teased for what they wear.”

There are positive signs, along with these more expansive clothing options, that we are moving toward a world where gender doesn’t determine how we’re treated from the moment we’re born. This year, Amazon stopped categorizing toys by gender. BabyCenter.com declared 2015 the year of the gender-neutral baby name, based on naming trends. “Millennials are an open-minded and accepting group, and they don’t want their children to feel pressured to conform to stereotypes that might be restrictive,” said BabyCenter’s Global Editor in Chief Linda Murray. If this trend keeps up, perhaps gender inclusive clothing for kids will become the norm, not the exception.