President Obama weighs in on Bill Cosby: "Any civilized country should have no tolerance for rape" 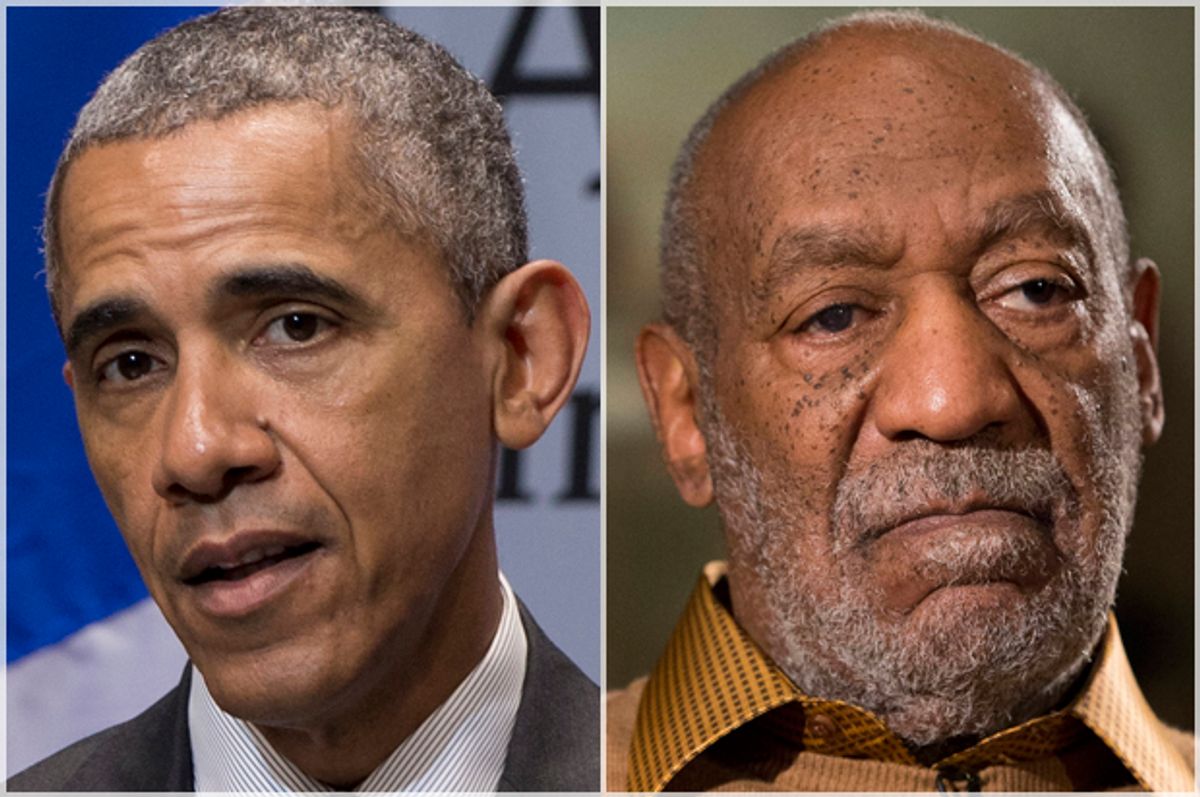 President Obama fielded a seemingly unexpected question about revoking Bill Cosby's presidential medal of freedom at a press conference Wednesday, and took a moment to speak out about the allegations against the comedian with a clear zero-tolerance policy on sexual assault. Explaining that there was "no precedent" for stripping a recipient of the medal of freedom -- a move supported by more than 10,000 people who signed a White House petition -- the president decided to share his (careful, measured) opinion in lieu of entertaining the petition.

"I'll say this," Obama began. "If you give a woman, or a man for that matter, without his or her knowledge, a drug, and then have sex with that person without consent, that's rape."

"I think this country, any civilized country," he went on, "should have no tolerance for rape."

Watch Obama's comments on Bill Cosby, via Huffington Post, below: