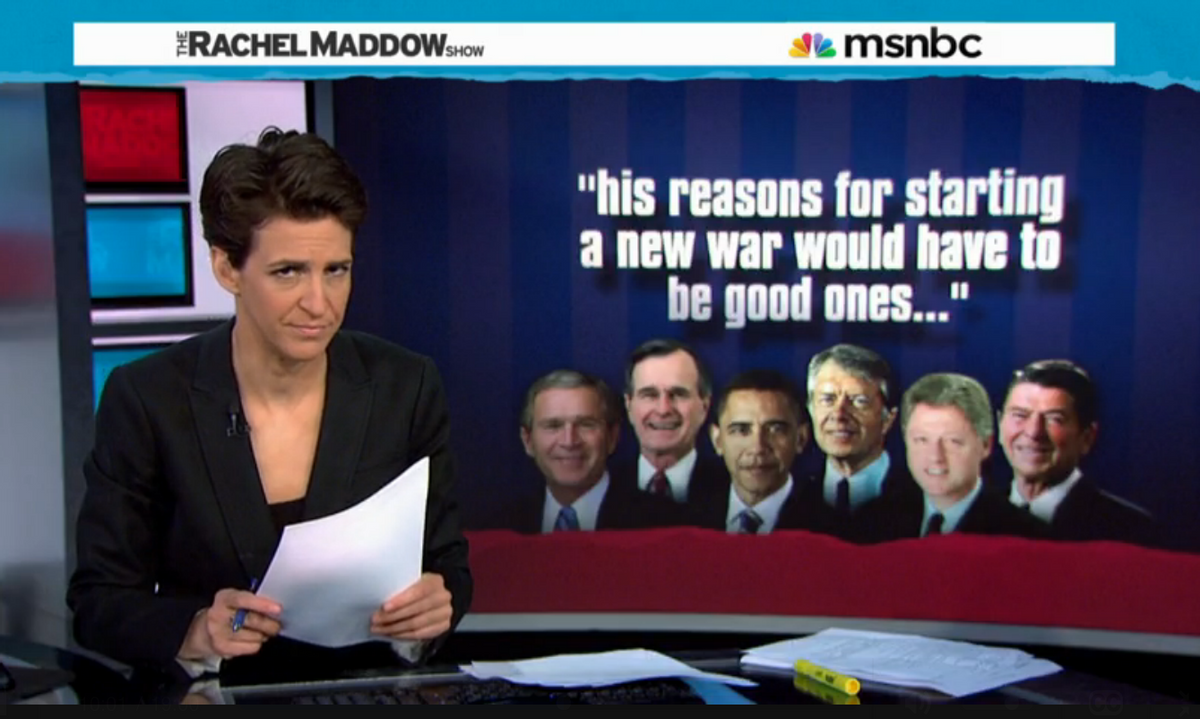 Rachel Maddow has a capacity to restore faith in politicians, it seems. During the Tuesday edition of her show, the MSNBC host offered subdued praise for President Obama's role in securing a deal with Iran, indicating his "never pacifist by any means"-but-still-sort-of-pacific approach to governing underpinned his campaign from the beginning. It's warmer than it sounds.

"It matters who is president, and it matters what the president believes," Maddow said. "[Barack Obama] has been able to articulate from the beginning what he sees as the value of trying to talk things through, trying to negotiate, trying diplomacy, being willing to talk even to the people in the world with whom our country has the biggest disagreements.

"Because of that value," she added, "because he is president, today was basically the day that it could be proclaimed from the White House that, despite all appearances to the contrary over recent decades, we're not actually going to have a war with Iran."