The MSNBC host interviews Coates about his new book, "Between the World and Me" 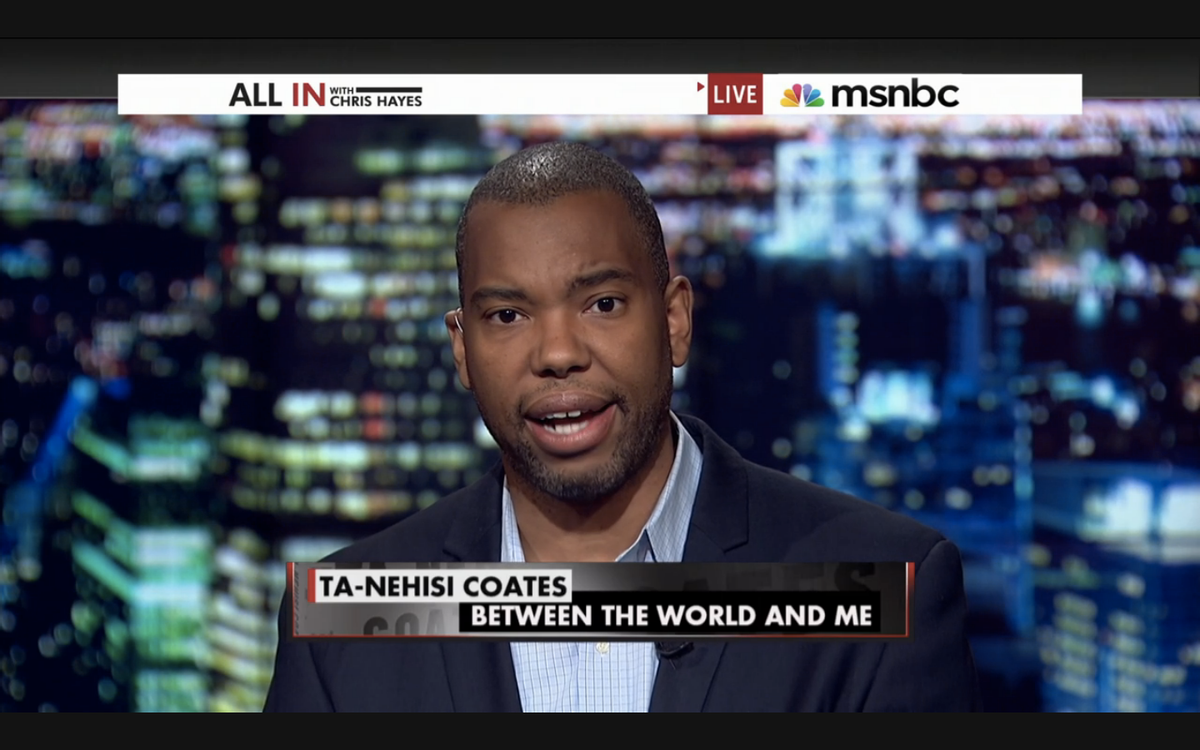 Chris Hayes was next up on Tuesday to interview Atlantic national contributor Ta-Nehisi Coates about his new book, "Between the World and Me," a 150-plus-page open letter that breaks down the legacy of white supremacy for his son and for all of us. In asking about one of the central focuses of the book -- the black body -- Hayes had Coates explain why America's racial subjugation remains to visceral, physical and institutional.

Coates also went on to speak to one of the more often-cited portions of the book, where he describes the rage he felt at seeing law enforcement officers lauded after 9/11, when shortly before an officer had killed one of his friends, Prince Jones. "The basic idea was that 9/11 was a national crime, a crime against the nation, and there was a specific kind of grieving that came out of that," he explained.

"But my belief out of that, my belief then and my belief now, was that the life of Prince Jones, the body of Prince Jones, was just as valuable as anybody who died in the World Trade Center," Coates went on. "Yes, I had a tremendous amount of anger."

Watch Coates on "All In With Chris Hayes" below: