If conservatives were smart, they'd ignore Satanists, but they just can't seem to help themselves from engaging 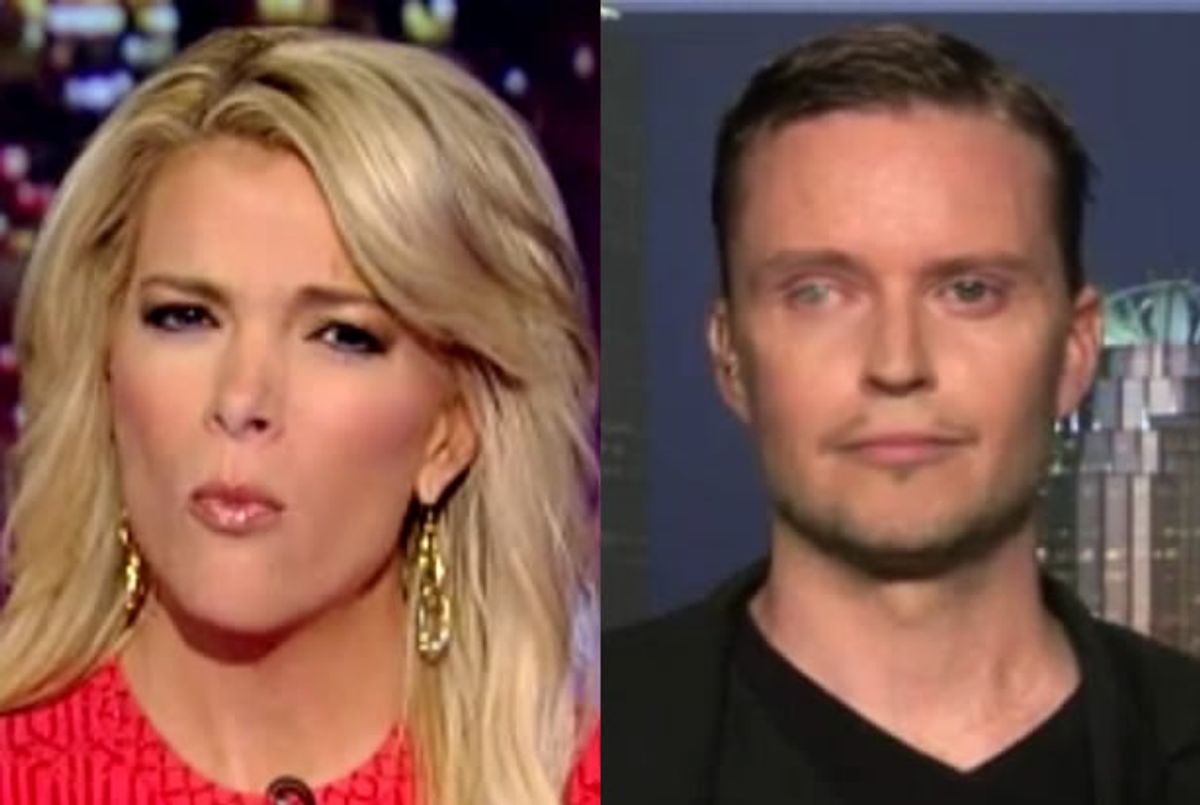 The Satanists have gotten conservatives to rise to the bait again. Recently, Megyn Kelly of Fox News brought Lucien Greaves of the Satanic Temple onto her program to discuss his decision to withdraw a request to put a statue of Baphomet at the Oklahoma state Capitol. As Greaves explained, the Satanic Temple had only requested the statue as a response to the state putting up a statue of the Ten Commandments. Now that the Oklahoma Supreme Court has ordered the state to take down the Ten Commandments statue, the Satanists are, according to Greaves, satisfied that the state will not “allow a single viewpoint to co-opt the power and authority of government institutions.”

Obviously, Kelly’s purpose in having Greaves on was not to give a secularist viewpoint a fair hearing, but to drive up Fox News ratings by whipping her conservative audience into a what-is-this-world-coming-to outrage at hearing not only that Satanists exist, but they think they have rights and stuff, just like Christians. She probably accomplished that goal, but at the expense of making herself look like a fool. She was visibly angry at Greaves, spitting out words like “Satanist” and “pagan” and condescendingly sneering at “your devil figure.”

But to the discerning viewer, Greaves kept the upper hand throughout the segment. As Kelly worked herself up, he calmly made the case for a government that truly respects freedom of religion and does not try to impose a specific belief on citizens. Once again, Satanists show they are the absolute masters at trolling conservatives. Here's why.

If conservatives were smart, they would ignore Satanists as much as they could. But, as this Fox segment shows, the right just can’t avoid engaging. So much of conservatism is built on this silly notion that the world is out to oppress conservative Christians. The idea that real Satanists are out there just feeds that narrative that the world is out to get them, meaning they can hardly help freaking out and calling even more attention to Satanists.

Satanists turn conservative disingenuousness over on itself. As the court found, the original decision to put the Ten Commandments statue up at the Capitol was a direct attempt by conservative Christians to suggest state endorsement of Christianity, which directly contradicts the state constitution’s ban on using public money to push religion. But Kelly kept using the defeated and clearly disingenuous argument that the Ten Commandments isn’t about religion, but “historical meaning.” Greaves calmly put that down, pointing out that Baphomet also has historical meaning, and the image of the demon god has been important occult imagery since the 19th century.

This argument irritated Kelly, and it’s no wonder. Conservatives love to trot out this “historical meaning” argument, but tend to be vague about what specific meaning this kind of gesture had in history. That’s because the history being honored is a lengthy and dishonorable history of previous attacks on religious freedom from their conservative Christian forebears. It’s an attempt to rewrite history to make it seem like the theocrats of our past were more relevant than the secularists. In reality, it’s the opposite: This country has been secular from the beginning, with separation of church and state written into our Constitution. Greaves’ comment about the 19th century was funny, sure, but it was also an important reminder that secularism and plurality are hardly new ideas.

2. Satanists force conservatives to be more blunt about their theocratic intentions.

Obviously, the right does not want to let Satanists put up their own competing monuments for every Christian monument conservatives sneak onto government grounds. But, as Greaves’ appearance on Fox News shows, it’s very difficult to explain why Christian monuments are OK but Satanist ones are not if you’re sticking to the vague “historical meaning” arguments. By pressing their point, Satanists force the hands of defenders of the Christian monuments.

Case in point: On this segment of Fox News, Kelly turned from Greaves to Randy Brogdon, the former Oklahoma state senator who got the Ten Commandments monument in the first place. Unable to answer any of Greaves’ arguments, Brogdon resorted to basically admitting that the purpose of the monument was to endorse Christianity above all other religions, by arguing that Oklahoma has “different values.” In other words, since Oklahomans have elected a bunch of Christian fundamentalists to state government, it should be OK to have that government tell religious minorities that they aren’t quite as good as the religious majority. Doubtful that Brogdon would have been this blunt if Greaves hadn’t forced his hand.

3. Satanists tweak the literalism of right-wingers.

Anyone who has watched even five minutes of conservative “comedy” can tell you that right-wing ideology does not mesh well with a sense of irony, or humor generally. That’s one of the biggest reasons Satanist pranks work so well on them. Let’s be clear: most Satanists do not actually worship Satan. The entire "religion" is very tongue-in-cheek, a way to espouse humanist values while also poking fun at religion. But that’s clearly not evident to many conservatives. In this segment, Kelly can barely contain how angry Satanists make her. Brogdon tries to laugh the whole thing off, but you can also tell he thinks a Baphomet statue is only happening over his dead body.

It’s strikingly clear to outsiders that the Satanists are tweaking the noses of the conservatives. This also serves a larger purpose in exposing the self-seriousness underlying the efforts to put up Christian monuments everywhere. Conservatives really do see themselves on a mission from God to rebuild this country in their grim Bible-thumping image. The monuments are just one piece of an overall puritanical attempt to take over the culture and ruin it for everyone else. They are deadly serious about this, which means it’s a serious threat. A little Satanic humor can help show the rest of us exactly what we’re up against.

Amanda Marcotte co-writes the blog Pandagon. She is the author of "It's a Jungle Out There: The Feminist Survival Guide to Politically Inhospitable Environments."