The bleakness of being "Married": The FX comedy struggles against its darker side

The ensemble's formidable comic talents are no match for uneven writing 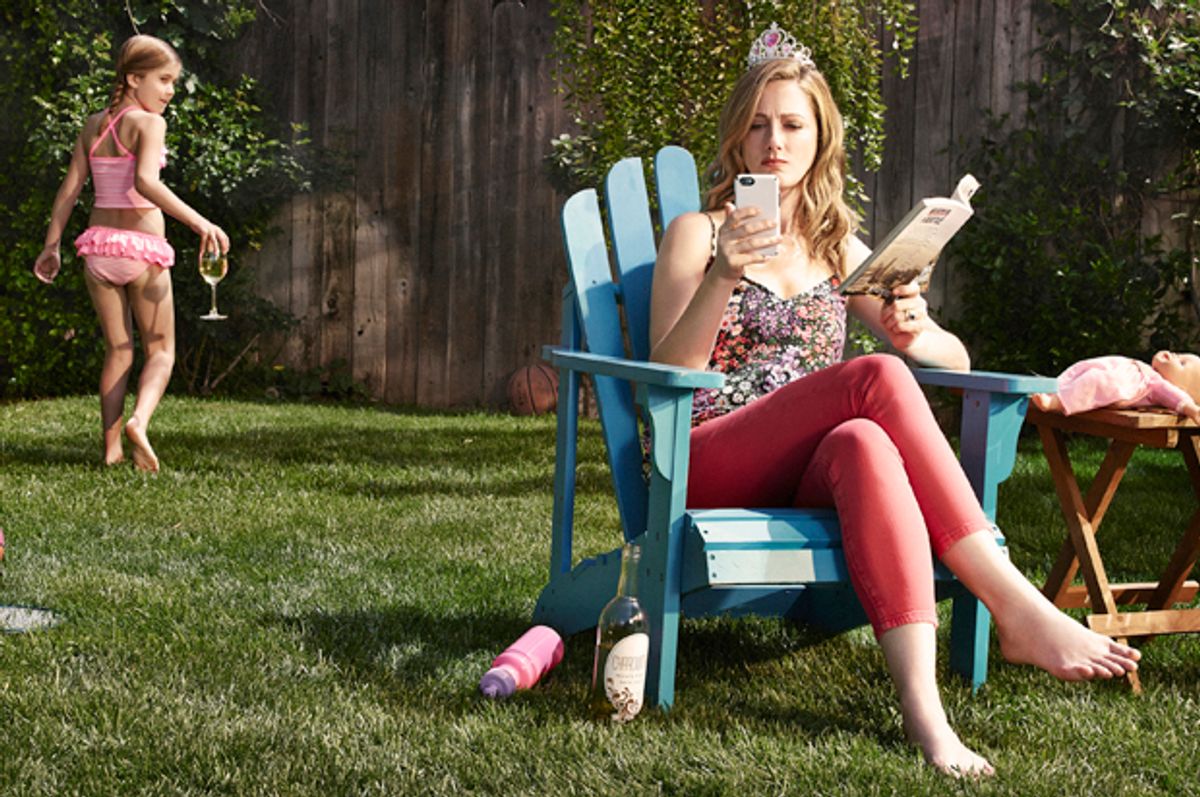 “Married” is a sitcom that would have likely been cancelled on a broadcast network. The first season of the show is many things, some of them interesting, but ended up a mid-grade failure: The show didn’t make much of an impression on either viewers or critics, especially compared to its fellow debut comedy on FX, “You’re The Worst.”

But because this is cable, “Married” is back for a second season, which debuts tomorrow night on FX. The show follows the married couple Russ and Lina Bowman (played by the immensely talented Nat Faxon and Judy Greer) as they attempt to make the grind of long-term monogamy and parenting three girls into a mutually fulfilling endeavor. It doesn’t always work. They’re broke, they don’t have sex anymore and their jobs suck. “Married” does not sugarcoat their relationship—or indeed, anything about marriage. What leavens the show’s inherent cynicism is the snarky chemistry between the two leads; Russ may feel suffocated by Lina, and Lina might think Russ is an aimless loser, but they still like each other, and that is generally enough to get them through the day.

The real problem of the show isn’t that it’s cynical; it’s that it has trouble maintaining its sense of humor. “Married” suffers from structural storytelling issues that easily alienate its viewers; its moments of reliability and eloquence are often undercut immediately thereafter by a far too mean-spirited punchline, a gag that doesn’t quite make sense, or a plot development so Kafkaesque it’s difficult to know whether to laugh or cry. Such as: In the first season episode “Halloween,” young mother Jess (Jenny Slate, in the show’s best performance) shows up late to trick-or-treating. Her husband Shep (Paul Reiser, of all people) is carrying their toddler Harrison, and next to them, their nameless nanny is pushing the stroller. She is apologetic for being late, but Shep welcomes her anyway, appreciating her imperfect-but-trying parenting. Jess steps out of the car wearing a costume she and her friends had looked at earlier in the day: “slutty pirate.” Shep gives her a once over and then asks her to stay at home. “Some of our neighbors don’t hate us yet.”

Maybe this sweet-and-sour tonal shift is an elaborate metaphor for what marriage feels like, but it does put the viewer in a bit of a bind. It’s hard to fall in love with a show that keeps pouring salt in our wounds. “Married,” a lot like its protagonists, is insistent on being “cool”—the show has a little bit of the alienating provocation of sketch comedy, which is no doubt helped by the fact that the show’s cast is a collection of comics that all have individual followings in their own right.

That being said, when the show finds its sweet spot, it manages to tell compelling stories about a piece of life that is rarely examined well—that space after happily-ever-after. HBO’s “Togetherness,” Judd Apatow’s “This Is 40,” and Bravo’s “Girlfriends Guide To Divorce” have also explored this territory, with mixed results; what’s compelling about “Married” is that its characters fail more than they succeed, and have no pretensions to glamour or glory. It’s actually kind of remarkable: Everyone in the show, from Russ and Lina to their friends Jess, AJ (Brett Gelman), Bernie (John Hodgman) and even returning guest star Stacey (Michaela Watkins) is, frankly, terrible. Russ and Lina make jokes about rape and tampons in front of their 6-year-old, and then struggle to explain them; Bernie wears scrubs to strip clubs, so the women think he will tip well. AJ’s addicted to everything, and ends up in rehab at the end of season one. Jess, whose husband Shep is her father’s age, flirts and sexts with anyone available after he falls asleep.

What saves the show is that even when the humor doesn’t quite land—usually because it gets trapped in the tortured egos of the protagonists—the story of these flawed people attempting to be better is engaging. Returning for season two, I didn’t look forward to the humor of “Married”—I looked forward to seeing how these characters continue to make peace with themselves and accept their realities. The second episode back, “Aftershocks,” is probably one of the strongest episodes the show has done yet—and, naturally, one of its most acerbic, too.