Tina Fey tells Jimmy Fallon & Amy Poehler she was once mistaken for a prostitute. (But is it true?) 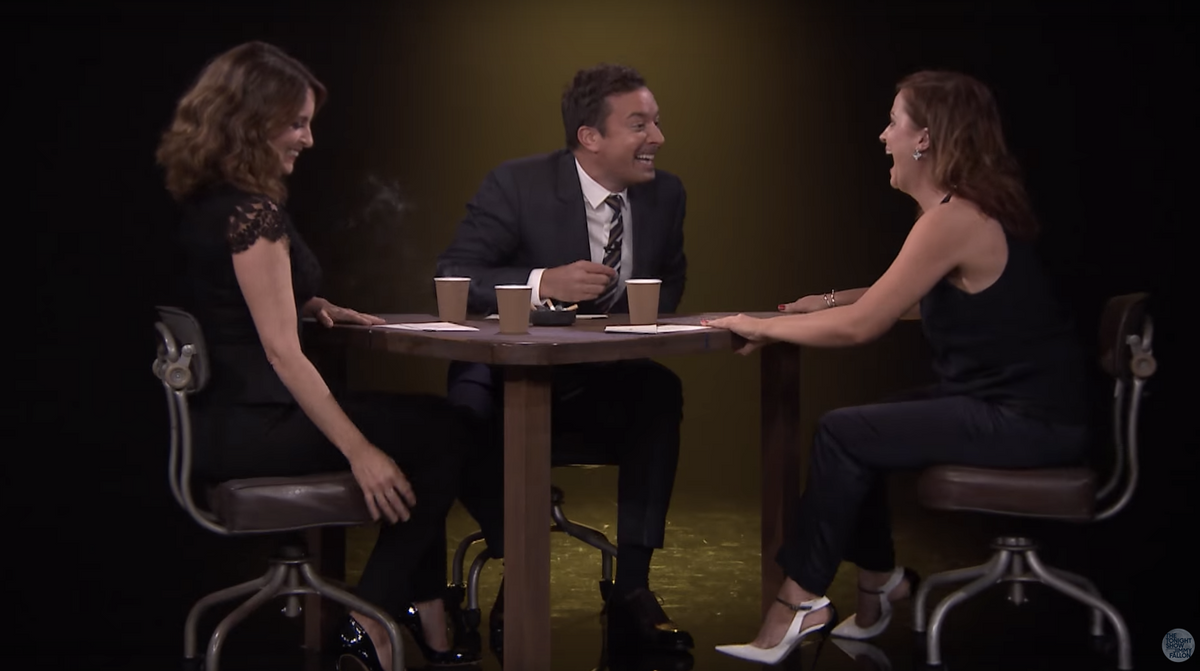 Reunited once again, "SNL" alums Tina Fey, Amy Poehler and Jimmy Fallon partook in the classic late-night segment, "True Confessions" -- the game which challenges its contestants to discern which life experiences are "truths" or "lies" -- on Tuesday night's program. The roundtable was a goldmine of memorable nuggets: Like, for example, did you know that Fey was once mistaken for a prostitute at a Monaco casino while wearing a brown-and-white polka dot jumpsuit? And that the man who took her aside ended up becoming her husband? Okay, that second part is a lie. But nice try, Amy.

The partners in crime later debuted a trailer for their mayhem-packed forthcoming film, "Sisters," which hits theaters December 18.

Watch the "True Confessions" segment, followed by the "Sisters" trailer below: