Tom Petty on Confederate flag: "People just need to think about how it looks to a black person. It's just awful"

Musician tells his own history with the flag to Rolling Stone in a smart, honest, moving piece 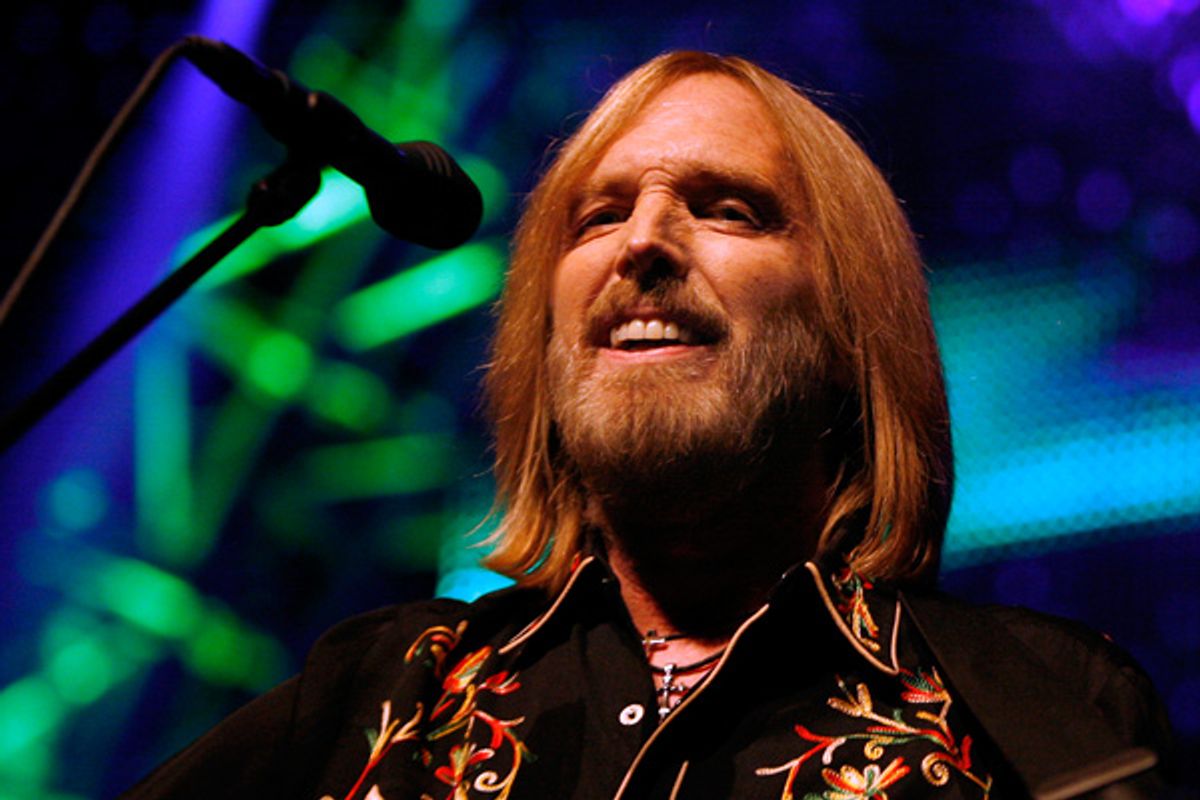 "The Confederate flag was the wallpaper of the South when I was a kid growing up in Gainesville, Florida," writes Tom Petty in a new essay on Rolling Stone's web site. "I always knew it had to do with the Civil War, but the South had adopted it as its logo. I was pretty ignorant of what it actually meant."

Petty says that he himself used the flag onstage to illustrate a character from a song called "Rebels" on his 1985 "Southern Accents" album. He knew right away it was a bad idea. It got worse: People started showing up to concerts adorned in the flag and wearing various Confederate flag memorabilia. When a flag was thrown from the crowd and landed on stage one night, he says he stopped the show cold.

"I said, 'Look, this was to illustrate a character. This is not who we are. Having gone through this, I would prefer it if no one would ever bring a Confederate flag to our shows again because this isn't who we are.'

"I never saw one again after that speech in that one town. Fortunately, that went away, but it left me feeling stupid. That's the word I can use. I felt stupid. If I had just been a little more observant about things going on around me, it wouldn't have happened."

Petty goes on to say that taking the flag down from the South Carolina state house was the right thing to do.

"That flag shouldn't have any part in our government. It shouldn't represent us in any way," he says.

Southern pride gets transferred from generation to generation. I'm sure that a lot of people that applaud it don't mean it in a racial way. But again, I have to give them, as I do myself, a "stupid" mark. If you think a bit longer, there's bad connotations to this. They might have it at the football game or whatever, but they also have it at Klan rallies. If that's part of it in any way, it doesn't belong, in any way, representing the United States of America. ...

(W)hen they wave that flag, they aren't stopping to think how it looks to a black person. I blame myself for not doing that. ... But honestly, it all stemmed from my trying to illustrate a character. I then just let it get out of control as a marketing device for the record. It was dumb and it shouldn't have happened.

Again, people just need to think about how it looks to a black person. It's just awful. It's like how a swastika looks to a Jewish person. It just shouldn't be on flagpoles.

Beyond the flag issue, we're living in a time that I never thought we'd see. The way we're losing black men and citizens in general is horrific. What's going on in society is unforgivable. As a country, we should be more concerned with why the police are getting away with targeting black men and killing them for no reason. That's a bigger issue than the flag. Years from now, people will look back on today and say, "You mean we privatized the prisons so there's no profit unless the prison is full?"

Check out the entire piece here.