Some are unsettling, others surprising... 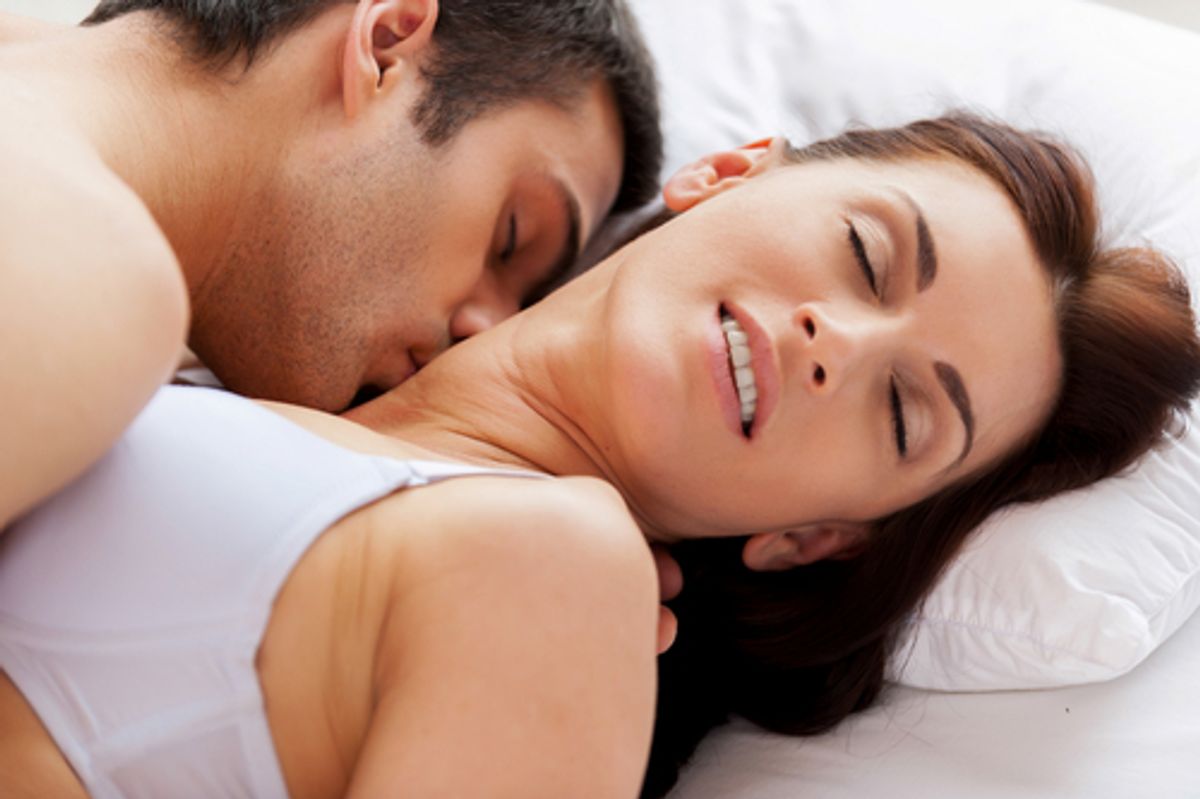 Most people consider a satisfying sex life to be one of life’s key pleasures and often an indicator of a good relationship. Yet defining sexual satisfaction is no easy task. To better understand this elusive concept, scientists have devoted numerous studies to gauge the factors that play a role in how gratified we are in the bedroom.

The scientific study of such a multifaceted and clearly subjective psychological concept is not easy. Nonetheless, here are 12 factors that scientists have determined impact reported levels of sexual satisfaction.

2. Communication and intimacy. While it’s common to feel shy or intimidated when expressing sexual wants and needs, studies have shown that sexually assertive people experience much greater levels of sexual satisfaction than those who hold back. Unsurprisingly, intimate, loving relationships coupled with good communication equate with high sexual satisfaction. The ability to express preferences in the bedroom, negotiate exchanges and ask about sexual history play a major role in how a woman feels about sex, according to the Essential Handbook of Women’s Sexuality.

3. Single versus relationship. Casual sexual encounters tend not to be as satisfying as sex within a relationship, with some studies suggesting the more sexual partners a person has, theless sexually satisfied they feel. One explanation for this is that casual sex partners are less focused on pleasing one another and voicing their sexual needs, with women more likely to orgasm from sex within a relationship than during a hookup. While many women feel fine about engaging in casual sex, according to one study, many felt disrespected or cheated by the behavior of their partner the morning after, which impacted upon satisfaction levels, even when there was no desire for the one-night stand to lead to a relationship.

4. Rewards-to-costs ratio. Under the rewards-to-cost theory, when the level of "rewards" in a relationship exceeds the level of "costs" or there is equality between both rewards and costs, sexual satisfaction is high. Rewards refer to the positive aspects of a relationship that bring joy and satisfaction, versus costs which are things that ae likely to cause pain, anxiety or require effort. Therefore, if your sex life brings you more fun than pain, the fun level exceeds expectations, or the pain level is lower than expected, you are likely to be sexually satisfied, according to Psychology Today. As a general rule of thumb, women are more likely to consider the psychological aspects as rewards, such as security and love, and the physical and behavioral aspects as costs, such as having sex when not in the mood.

5. Age. The issue of age and sexual satisfaction has been fraught with conflicted data. On one hand, research shows sexual satisfaction and libido decline with age, as do thoughts and frequency of sex. This is a result of both biological and health factors that arise later on in life as well as a natural decline in desire over longer periods of co-habitation with the same partner. On the other hand, there are equally as many studies showing that older people are satisfied, if not more so, than their younger counterparts with liberal men having sex into their 80s. A Durex study revealed that those over 65 are still having sex more than once a week. After all, age brings confidence and experience.

6. Self-esteem. Feeling sexy in your skin is the ultimate key to sexual satisfaction. Negative thoughts about your appearance can often detract from your sexual experience, with younger women said to have more positive attitudes about their bodies than older women.  Those withpositive self-esteem and body image report high levels of sexual satisfaction, irrespective of objective weight or shape. The impact of weight gain on self-esteem remains apparent for women. Studies show overweight women are more likely than men to avoid sexual encounters, say they don’t feel sexually attractive and are reluctant to be seen undressed. Sexual self-esteem is at its highest among those in happy, long-term relationships which equate with greater satisfaction. For those struggling with low self-esteem, experts suggest exercise is a helpful way to feel better about yourself as well as increase stamina and improve the ability to orgasm.

7. Exciting sex life and frequency. It may be time to break free of the missionary position and bring out the whips and chains for those who feel their sex life is borderline average. Fifty-three percent of people who introduced experimentation into their sex life through role-play, massage, sexual fantasies or bondage saw an increase in sexual satisfaction according to Durex Global Research. Having sex frequently along with sufficient foreplay is also an essential driver of satisfaction.

8. Health.It comes as no surprise that healthy people are more sexually satisfied than those who suffer from physical ailments such as heart diseases or diabetes, or psychological problems like depression and anxiety, according to a 2013 literature review of 197 scientific studies on sexual satisfaction. Certainly, those who have healthy functioning sexual organs also experience greater sexual satisfaction than those suffering from sexual dysfunction. For men, erectile sexual dysfunction is the most common problem hindering satisfaction. For women, vaginal dryness, which 34 percent of women have suffered across all ages, tends to impact upon pleasure.

9. Stress. Freedom from stress is one of the greatest drivers of sexual satisfaction, as is achieving an orgasm. Stress impacts directly on the quality and ability to orgasm and can lead to a whole bunch of mental and sexual disorders. Those who suffer from financial and family worries have reported lower levels of satisfaction and desire than those who are stress-free. Stresses related to biological factors like hormonal changes, pregnancy and childbirth also affect levels of gratification. Women who have high amounts of anxiety and anger also reported low sexual satisfaction.

10. Socio-economic status. According to a Spanish national sex health survey, socioeconomic factors like income, higher levels of education and occupation influence how satisfied people are likely to feel in their love lives. Those with higher socio-economic status had greater awareness of their own needs and therefore a greater capacity to develop their sexuality, Daily Mail reported. Lower socio-economic status affected sexual health negatively overall. Those who were economically disadvantaged were less likely to practice safe sex (with higher pregnancy levels) and experienced less pleasurable and safe sexual experiences due to the lack of resources and access to help and social support.

11. Sexual abuse. It's no shock that those with a history of sexual trauma commonly experience problems related to sexual satisfaction. Sexual abuse has been associated with low self-esteem, lower levels of social support, decreased levels of passion and a reduction in satisfaction in sex-related behavior. A recent American study showed that men and women with a reported history of childhood sexual abuse were likely to report dissatisfaction in their sexual relationships and disrupted marriages. With proper healing and time, those who have been sexually assaulted are capable of experiencing sexual gratification.

12. Sexual guilt. Sexual guilt, which often emanates from a puritanical society that does not celebrate sexual liberation, can also impact sexual pleasure. Studies have shown that those who experience sexual guilt or negative attitudes, such as a person who views premarital sex as immoral, will experience lower sexual satisfaction than those who are socially liberal and have relaxed attitudes about sex.