Keep your phone away from Schumer at all times 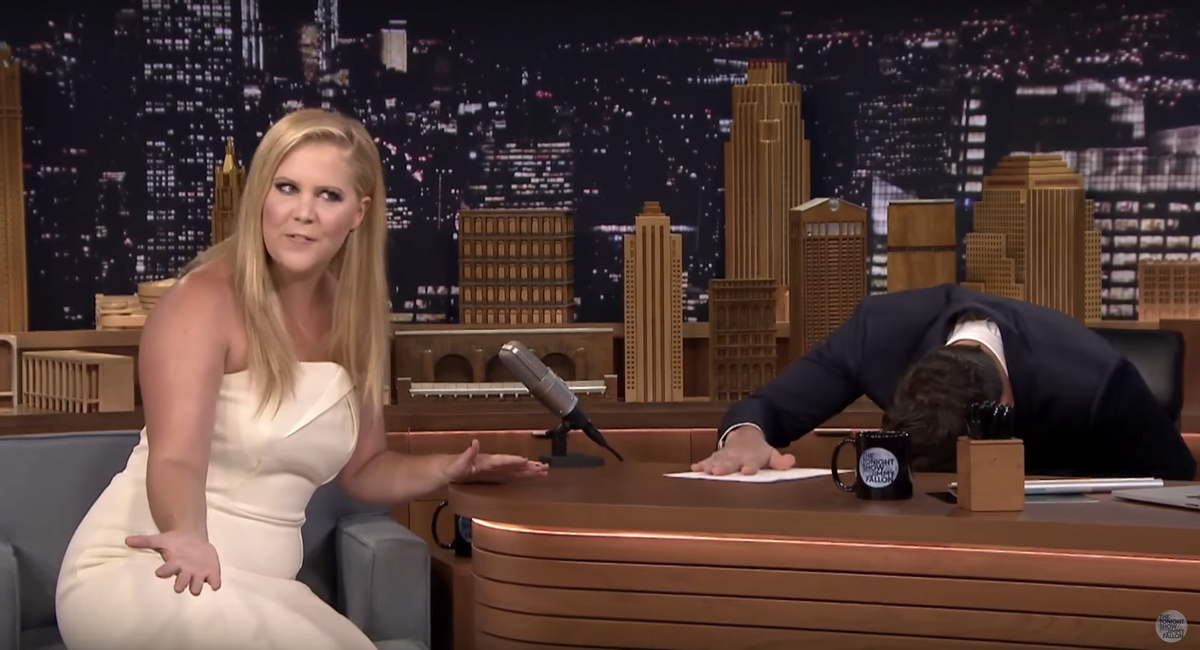 "Trainwreck" star (and now Emmy-nominated actress!) Amy Schumer visited "The Tonight Show" Wednesday night and shared a delightfully Schumer-ish story about a recent encounter she had with Katie Couric at Glamour's Women of the Year gala. The story begins with the TV personality proclaiming "I love humor!!!" to Schumer. It ends with a kicker so seemingly out of nowhere that it elicits this from the "Tonight Show" crew:

And I sent it... I didn’t even think. It just happened. I pick up the phone, it happened so fast. I show Mindy and I go, 'Look what happened!' She’s like, 'What do you mean what happened? You did that! You just did that!' I show Colbert and he is on the floor laughing, like, on the floor. Katie comes back like 90 seconds later and her and her husband are like, 'So... we’re leaving.' Like, 'I don’t know why he wants to leave.'

Couric later tweeted about the "#epicprank" Schumer played on her -- though, suspiciously, omitted details on how her sexcapade played out.