Bill Clinton apologizes for 1994 crime law that created current mass incarceration crisis: "That only made it worse" 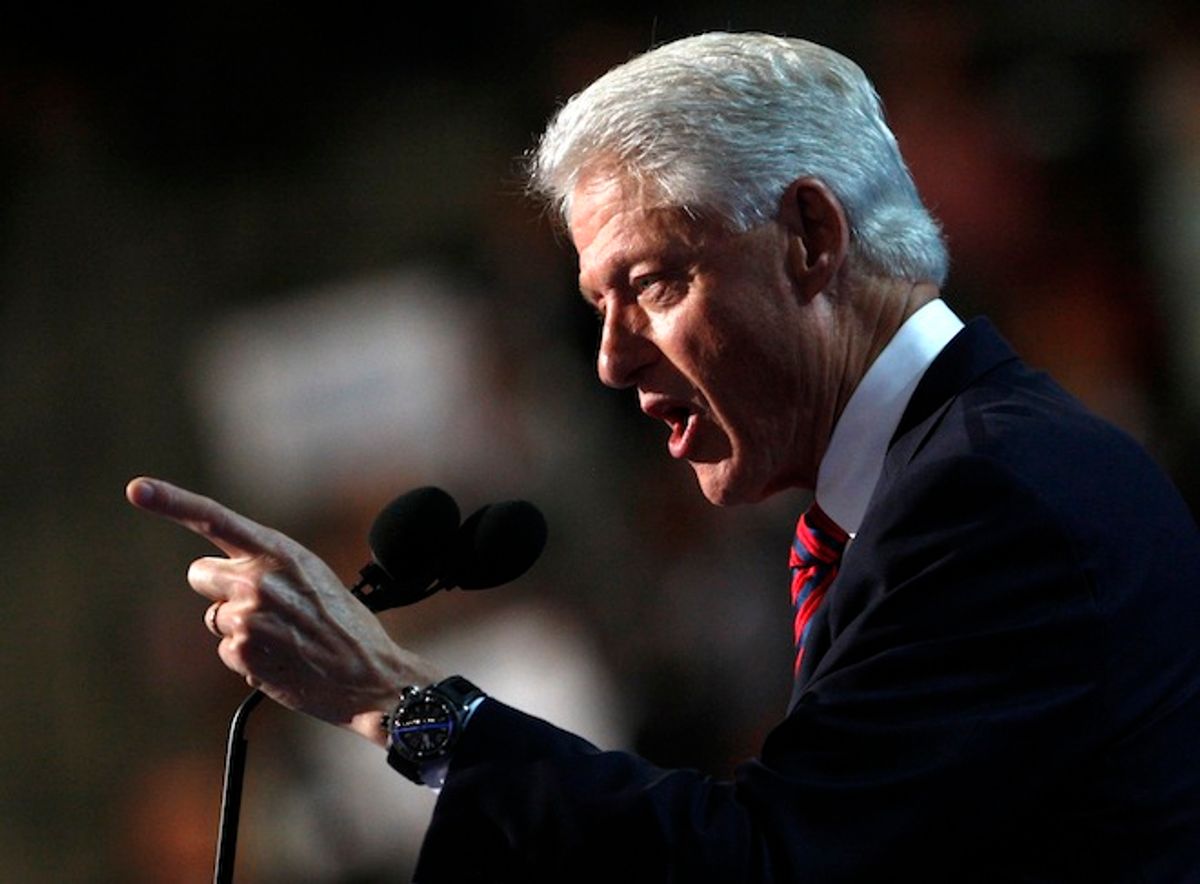 Speaking at the annual NAACP convention on Wednesday, former President Bill Clinton apologized for the draconian sentencing laws he signed while in office "that only made the problem worse," the New York Times' Peter Baker reports.

Clinton was referring to the Violent Crime Control and Law Enforcement Act of 1994, which put 100,000 more police officers into circulation, banned a number of high-caliber assault rifles and introduced more comprehensive background checks for some gun purchases -- but it also included harsher sentences for federal prisoners, setting a trend that trickled down to the state level.

"In that bill," he said, "there were longer sentences. And most of these people are in prison under state law, but the federal law set a trend. And that was overdone. We were wrong about that."

"When I took office, we had had a roaring decade of rising crime," Clinton explained. "We had gang warfare on the streets. We had little children being shot dead on the streets who were just innocent bystanders standing in the wrong place. We had kids in Los Angeles doing drills in their schools to learn how to drop down and get under their desks because of people just doing random drive-by shootings."

He said that the legislation did its job at the time, but that its unintended consequences were unfortunate. "The good news is we had the biggest drop in crime history and the first eight-year decline in crime in history. The bad news is we had a lot of people who were essentially locked up who were minor actors for way too long."

Clinton is already on the record as saying that the law needs to be amended. He told CNN in May that "the problem is the way it was written and implemented, we have too wide a net. We have too many people in prison. And we wound up spending -- putting so many people in prison that there wasn’t enough money left to educate them, train them for new jobs and increase the chances when they came out that they could live productive lives."

President Barack Obama, who addressed the convention after Clinton, echoed the former president's remarks. "We’ve locked up nonviolent drug offenders more than ever before, for longer than ever before. Our criminal justice system isn’t as smart, isn’t as safe, and isn’t as fair as it should be. We need to do something about it."