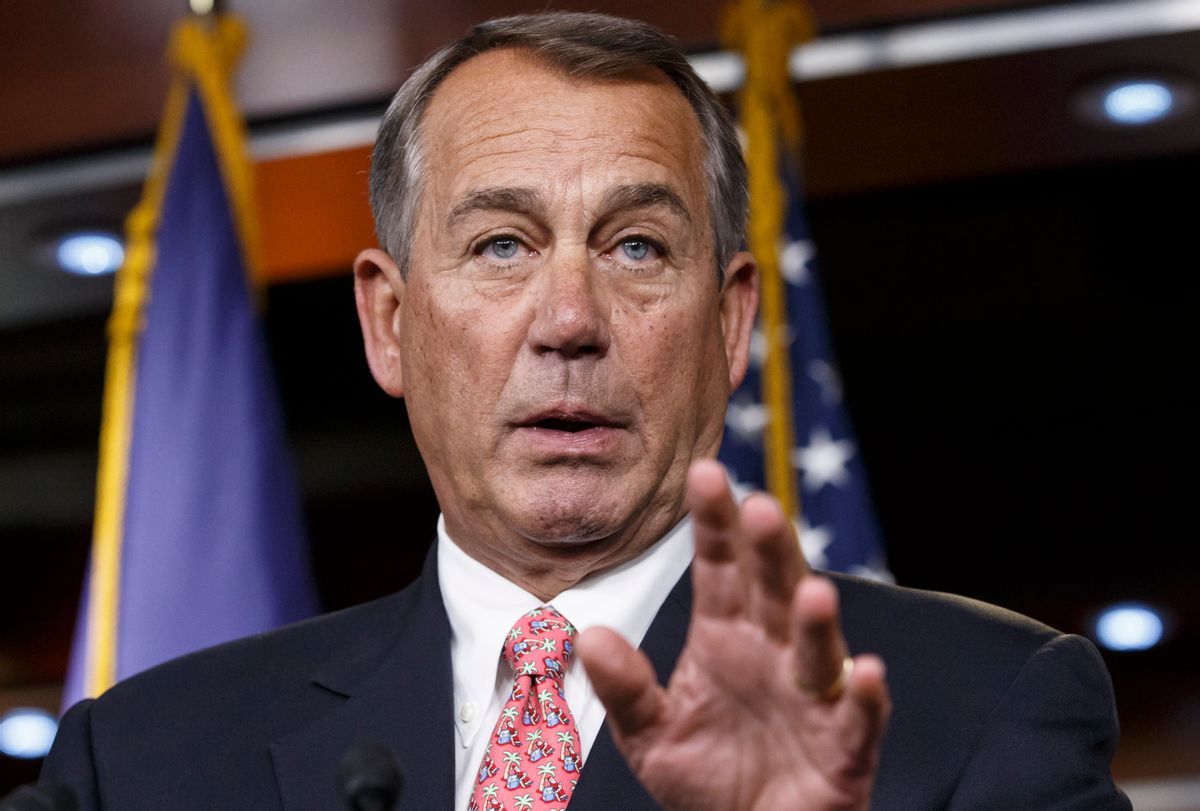 House Speaker John Boehner, R-Ohio, criticized the group and said President Barack Obama should condemn and end the practice. Other GOP lawmakers and 2016 presidential hopefuls joined in, including some who said Congress should end federal aid to the organization.

The GOP offensive came a day after an anti-abortion group circulated a video it made secretly showing a Planned Parenthood official discussing the disposal of body parts from aborted fetuses.

"When an organization monetizes an unborn child — and with the cavalier attitude portrayed in this horrific video — we must all act," Boehner said in a brief written statement. He said Obama and Health and Human Services Secretary Sylvia Burwell should "denounce, and stop, these gruesome practices."

Planned Parenthood, which provides abortions and other reproductive health services, says it legally helps women who want to make not-for-profit donations of their fetus' organs for scientific research. It says it makes no money by donating the organs to science, and says the video was heavily edited.

"These outrageous claims are flat-out untrue, but that doesn't matter to politicians with a longstanding political agenda to ban abortion and defund Planned Parenthood," Planned Parenthood spokesman Eric Ferrero said Wednesday. He said women donating fetal tissue for research "should be honored, not attacked and demeaned."

Republican leaders of the House Energy and Commerce Committee said the video "is abhorrent and rips at the heart," and promised to "get to the bottom of this appalling situation." Rep. Jerrold Nadler of New York, a top Democrat on the Judiciary panel, called the upcoming investigations "another witch hunt" by Republicans.

Commercial sale of human fetal tissue is illegal under federal law. Noncommercial tissue donation is allowed if the woman undergoing an abortion gives her consent.

Ferrero said Planned Parenthood guidelines for such procedures are carried out "just like other high-quality health care providers — with full, appropriate consent from patients, under the highest ethical and legal standards, and with no financial benefit for the patient or Planned Parenthood."

By early evening, the White House had not responded to requests for comment.

The video's release was a factor as GOP leaders postponed a House vote on a bill Tuesday creating a commemorative coin aimed at raising money for breast cancer research. Conservative lawmakers were angered because one of the groups that would have received the research money is the Susan G. Komen breast cancer foundation, which has affiliates that finance breast cancer services at some local Planned Parenthood clinics.

On Wednesday, the House removed the Komen group as an aid recipient and approved the legislation 421-9.

The video, made covertly last year, was produced by the Irvine, California-based Center for Medical Progress, which released it in collaboration with several national anti-abortion organizations.

Nucatola is heard in the video referring to fetal hearts, lungs and livers and to efforts to retrieve these organs intact rather than crush them during an abortion procedure. She is heard giving a range of monetary estimates.

According to Planned Parenthood, Nucatola "was speculating on the range of reimbursement that affiliates can receive after patients state they wish to donate tissue after a procedure."

Among GOP presidential contenders lambasting the organization Wednesday was Sen. Ted Cruz, R-Texas, who said, "The idea that the American taxpayers are being forced against their will to fund the sale of the body parts of unborn children is horrifying." Rep. Jim Jordan, R-Ohio, said on Twitter that the video shows "why we must end federal taxpayer funding" for groups like Planned Parenthood.

Planned Parenthood receives millions annually in federal aid for family planning services that by law cannot be used for abortions.