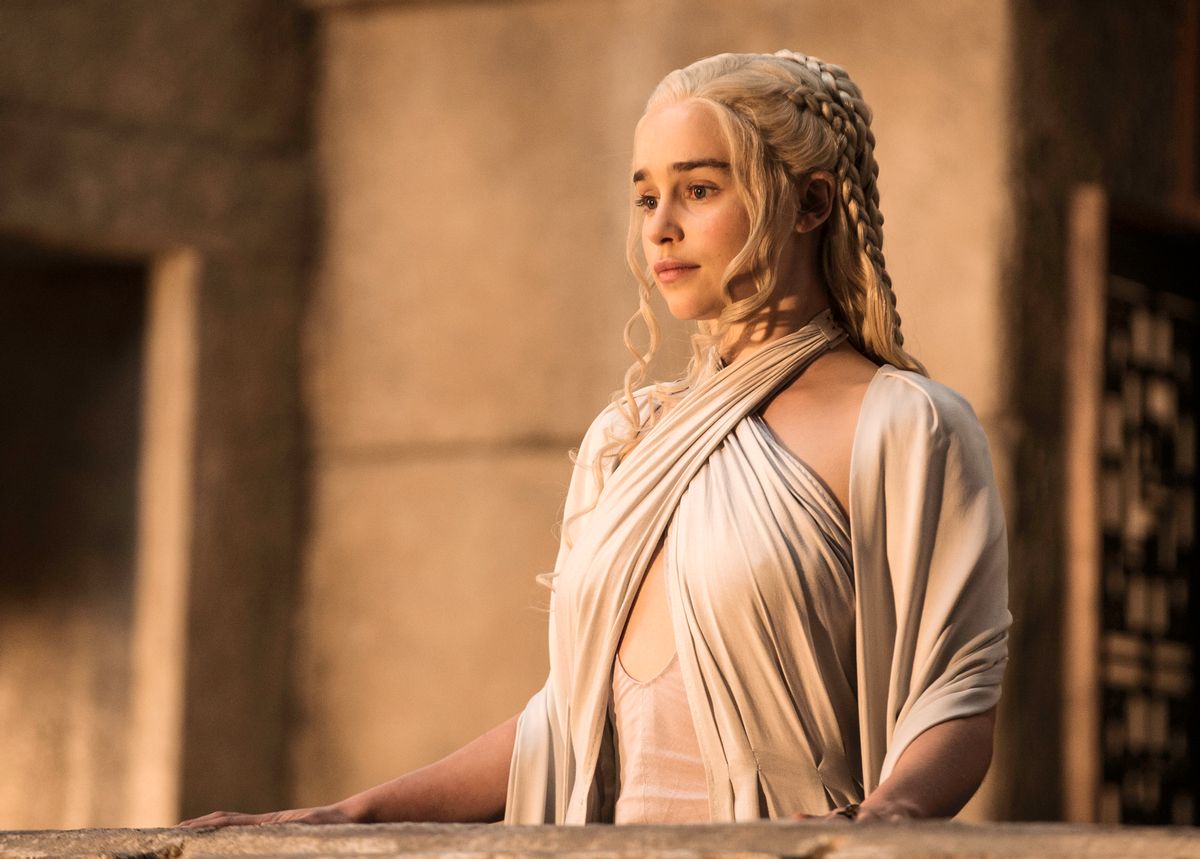 In this image released by HBO, Emilia Clarke appears in a scene from "Game of Thrones. Clarke was nominated for an Emmy Award on Thursday, July 16, 2015, for outstanding supporting actress in a drama series for her role on the show. The 67th Annual Primetime Emmy Awards will take place on Sept. 20, 2015. (Helen Sloane/HBO via AP) (AP)
--

Nominees in major categories for the 67th annual Primetime Emmy Awards announced Thursday by the Academy of Television Arts & Sciences: