The Emmy nominations are as confusing as ever: Parsing the hard-earned victories, tired hang-overs, fickle shut-outs and sheer WTF-ery of the annual awards

Elated by Tatiana Maslany's nomination? You're not alone! But so many other choices are baffling 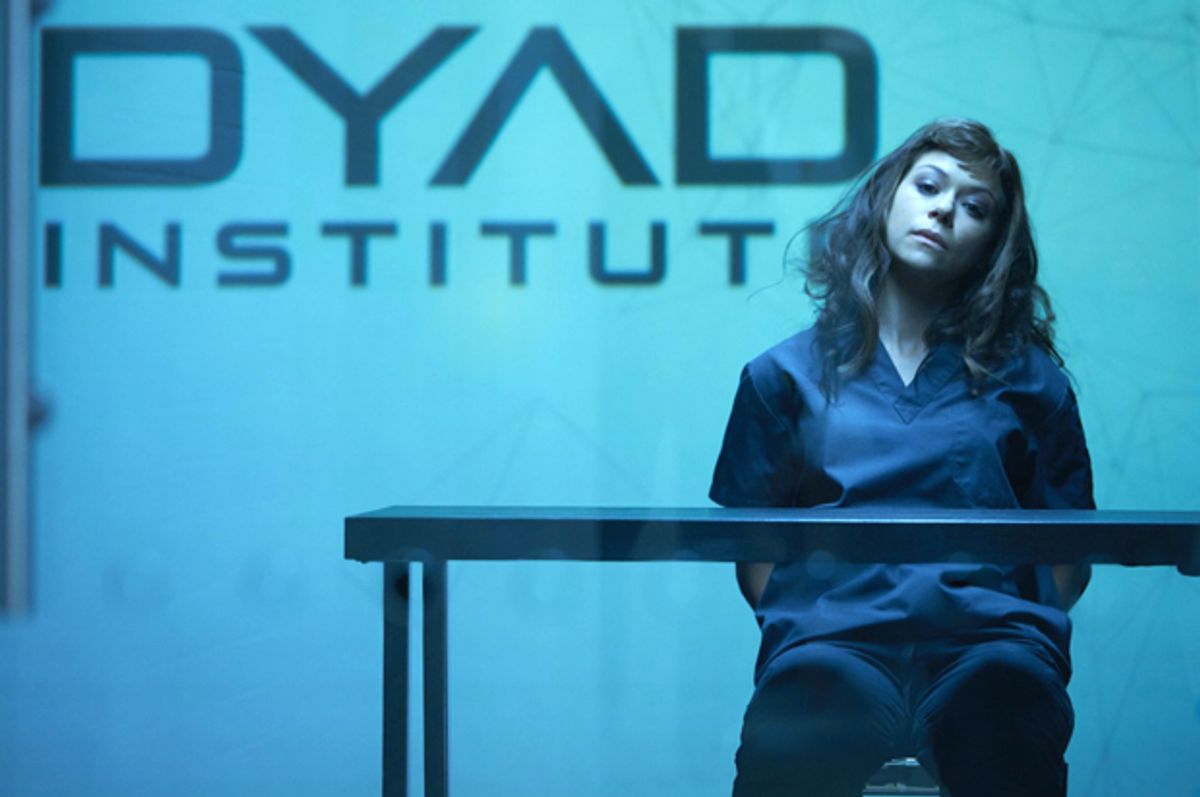 ‘Tis the season for kvetching. This morning marked the announcement of the Academy of Television Arts & Sciences 2015 Emmy nominations—which in the world of television is an annual excuse to announce from the rooftops (or, more likely, Twitter) that something or other was snubbed or overawarded. And though there’s a lot to say, let’s start with the positives: This year, the Emmys have nodded at some of television’s most fantastic performances. They’re often a few years behind the conventional wisdom of TV junkies—actress Tatiana Maslany was finally nominated for an Emmy for her work on “Orphan Black,” two years after she really earned it—but like a large, confused panda, they are slowly and adorably getting there.

Strangely, though—while the performances in each category are fantastic, the shows nominated in each category remain a heady cocktail of “wtf,” the Emmys’ favorite flavor. Shows that either passed their prime seasons ago or are mediocre at best were nominated for outstanding drama—“Downton Abbey,” which has plagued the Emmys for years, “Homeland,” whose best days are behind it, and “Bloodline,” which is just not good. Comedy’s similarly confusing: I’m fond of “Silicon Valley,” but I wouldn’t have chosen it over “black-ish” and “Fresh Off The Boat”; I liked “Parks And Recreation,” but I’m not so thrilled about giving it a pity nomination for its last season.

The biggest question of the day: Where is “Jane The Virgin”? The show was my pick for best comedy of the year; it’s not even nominated for outstanding comedy. Lead actress Gina Rodriguez was similarly snubbed. The show didn’t get honored for writing or directing; there isn’t even a nod at one of the cast’s incredible supporting actors, like Jamie Camil. The show got one nomination: Best narrator, of all things, for Anthony Mendez. Well deserved, of course. But hey, the rest of the show is right there. It is a small silver lining that Emmy veteran “The Big Bang Theory” was shut out of the main categories (the show got two nominations in supporting and guest acting, for Mayim Bialik and Christine Baranski); it’s nice to know that eight seasons in, the Academy is finally able to let that show go.

It led me to wonder if the Academy has not quite caught up with American audiences on the changing face of comedy; every single woman nominated for lead comedy performance is white, which overlooks Rodriguez as well as Constance Wu for “Fresh Off The Boat” and Tracee Ellis Ross for “black-ish,” all three of whom have had outstanding, breakout seasons. All the actresses in the category are talented, for sure. But as funny as Amy Schumer is, she’s not really redefining acting on “Inside Amy Schumer”; as lovely as Lily Tomlin is, her role on “Grace And Frankie” is frankly horrible. I understand the nods to Amy Poehler and Edie Falco for the final seasons of their shows, but it’s too little, too late, and in their haste to correct past snubs the Academy is just snubbing more.

But if the Academy isn’t keeping up with more diverse comedy, it’s certainly keeping up with hip, cutting-edge comedy—and fortunately, the two categories often overlap. Keegan-Michael Key was nominated for his work on “Key And Peele,” which is long overdue recognition (though I wonder how they chose Key over co-star and co-creator Jordan Peele). Will Forte, long a star of the underground comedy scene, got a nomination for his show “Last Man On Earth.” Comedy darling Kate McKinnon got a well-deserved nomination for her scene-stealing work on “Saturday Night Live,” indie darling Gaby Hoffman got an equally well-deserved one for “Transparent,” and even the perennially overlooked Niecy Nash was honored this year for her work on the perennially overlooked “Getting On.” And “Unbreakable Kimmy Schmidt” practically swept—aside, perplexingly, from lead actress in a comedy, which Ellie Kemper totally earned, the Netflix show that was passed over by NBC scored nominations all over the board. Jon Hamm, Tituss Burgess, creator Tina Fey, and Jane Krakowski were all honored.

I liked “Unbreakable Kimmy Schmidt”—and a lot of the other shows that were heavily nominated, like “Game Of Thrones,” “Better Call Saul,” and “Mad Men”—but the other takeaway, as usual, is that the Academy has its weird, biased favorites, and a lot of that has to do not with what shows are better than others, but what shows managed to get those coveted Emmy voter eyeballs. Netflix shows have always done well at the Emmys, and at least partly that’s because the network’s shows are so easily binge-able. HBO shows, meanwhile, have short seasons that can be watched in a variety of ways, including HBO Go. It makes for easier allegiances when it comes to voting time.

Case in point: The odd dominance of Showtime. As someone whose favorite drama of the year was Showtime’s “Penny Dreadful,” it is still perplexing to me how that show was entirely overlooked, while the network’s other, extremely middling shows—“Episodes” and “House Of Lies” and “Nurse Jackie” and “Ray Donovan”—were all honored. That network’s president, David Nevins, must be working some magic that is going over my head, but whatever it is, it’s working. A lot of other more worthwhile shows didn’t get nominations. Showtime at least knows its Emmy voters. HBO did somewhat as well, but I was interested to see the total absence of “The Leftovers” and “Togetherness,” two shows that could have been contenders for the network.

Still, I’m not complaining. Showtime’s “Masters Of Sex” got two acting nominations, for Beau Bridges and Allison Janney—and Janney in particular was absolutely magnificent in that show. Janney is nominated twice for two different shows; she’s also on the board for “Mom.” HBO’s campaigning means Lisa Kudrow gets a nomination for “The Comeback,” which was one of my favorite shows of the year. And Netflix’s popularity puts Uzo Aduba on the map—in addition to being nominated, the actress was one of the nominations’ announcers.

The Emmys didn’t get everything right this year. But more amazing and diverse performers are nominated than ever—we have the extraordinary privilege of watching Taraji P. Henson and Viola Davis go head-to-head for lead actress in a drama, both in roles where they play black women whose blackness is written into and part of their characters. They’re going up against Elisabeth Moss, who has delivered an unforgettable performance as Peggy on “Mad Men,” and Tatiana Maslany, who is one of the most gifted and still largely unknown actresses out there. The Emmys aren’t always great at rewarding talent, but they’re excellent at exposure.

The full list of nominees is here. The awards will be presented on Fox on September 20th. For my personal fantasy ballot (which was totally ignored, thanks Television Academy), click here.