This one photo explains a lot about racism in 2015

Confederate-flag waving know nothings rally outside the president's hotel. But look at the rest of the scene, too 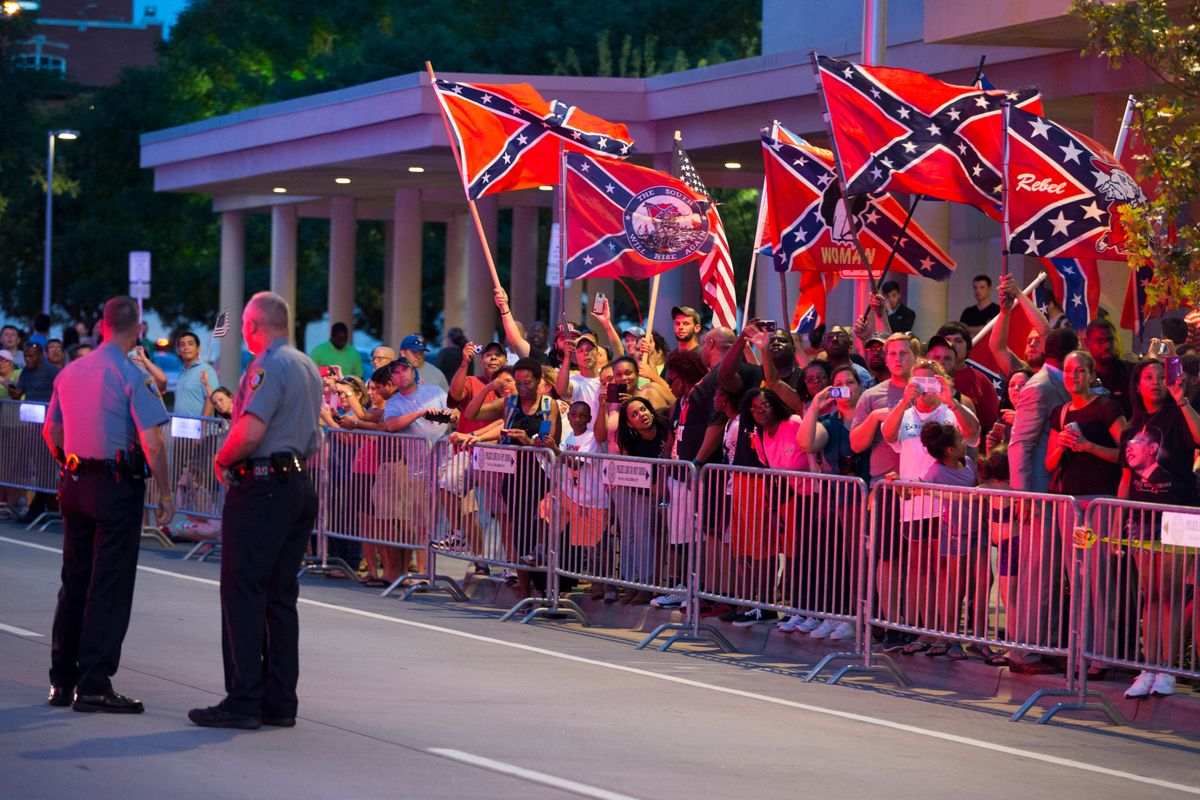 Remember this photo the next time someone tries to argue that racism is over because we've elected a black president. Or that the Confederate flag is just a symbol of Southern heritage and not an in-your-face expression of hate. That things are different in 2015. Or that opposition to this president has nothing to do with race.

This photo was taken last night outside the hotel in Oklahoma City where President Obama was staying. He's there to visit a federal prison, the first sitting president to ever do so. When you look at a larger version of this photo, it's even more fascinating. At a distance, the large Confederate flags seem to tower over the crowd. They're probably all white men, though one flag says "woman" and it's hard to see the face of the person holding it.

Then the rest of the crowd is just there to get a glimpse of the president. Smiling African-American families. Lots of kids. People craning their necks for a better view. A small American flag fluttering quietly to the left.

Families in Oklahoma, many of them black families, hoping to see the president in their town. Met by this menacing, bullying flag, this giant symbol of intolerance and segregation. In this image, they ignore it as best as they can -- though it still hangs over everything.