"You slammed my head into the ground," Sandy Bland can be heard shouting in the video 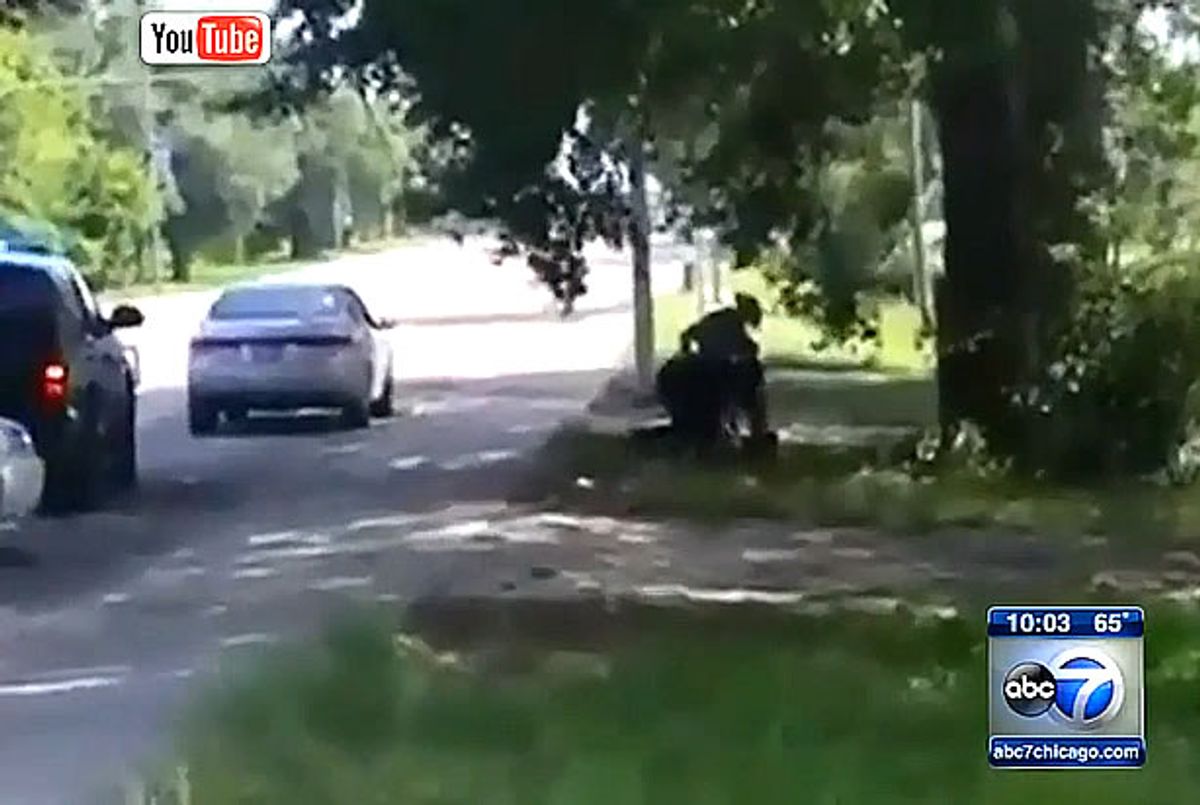 Authorities in Waller County, Texas are being questioned after video of the arrest of a 28-year-old African-American woman who died in police custody three days later surfaced.

Sandy Bland had just moved to Texas to take a job at her alma mater, Prairie View A&M University, when she was pulled over by police for not properly using her turn signal. She was asked to exit her vehicle, and when she did, officers threw her to the ground.

In the video, Bland can be heard screaming that officers "just slammed my head into the ground. Do you not even care about that? I can't even hear!"

As she is being taken into custody, she repeated her complaint. "You just slammed my head into the ground and everything!"

She was arrested for allegedly assaulting a police officer. Waller County Sheriff Glenn Smith told ABC7 that Bland "had been combative on the side of the road," although there was no evidence of combativeness in the video.

Three days later, she was found dead from what sheriff's deputies are calling "self-inflicted asphyxiation." Sheriff Smith said that he had spoken to Bland over the jail intercom only an hour before her body was found, but he did not specify what the two had discussed.

Bland's friends are not buying the official explanation as to her death. "I do suspect foul play," Cheryl Nanton told ABC7. "I believe we are all 100 percent of the belief that she did not do harm to herself."

LaVaughn Mosley agreed, saying "we're very suspicious and we're a very tight community and we're very upset that this has happened and it seems like there's nothing really being done about it."

As did another close friend, LaNitra Dean, who said that "the Waller County Jail is trying to rule her death a suicide and Sandy would not have taken her own life. Sandy was strong. Strong mentally and spiritually."

In a statement, Sheriff Smith said that "any loss of life is tragic," and that "[w]hile the investigation is being conducted by outside agencies, the Waller County Sheriff's Office will continue to observe the daily operations of the jail to always look for improvements and/or prevention of these incidents."

The Texas State Rangers have taken over the investigation into Bland's death, but have not commented on the video of her arrest at this time.