Why Amazon's Prime Day failed: The only company big enough to take the giant down is Amazon itself 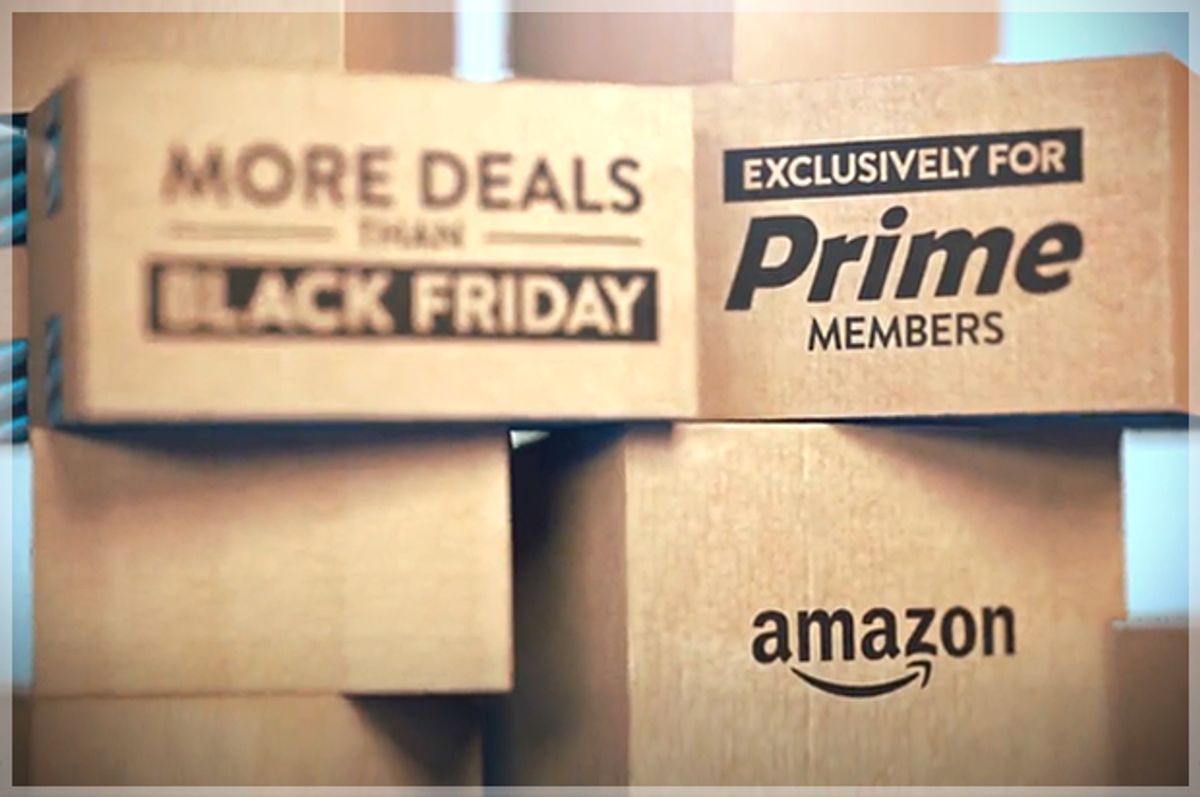 Lovers of small publishers, reasonable author advances, humane working conditions, and local bookstores have been trying to make Amazon stumble for a long time now, but the online retailer is so powerful it's been able to successfully blast them all into oblivion. (Over the course of its 20 years, for instance, Amazon has done a big part to cut the number of independent bookstores in the United States in half.) The only company big and strong enough to wound the bookselling Goliath is Amazon itself -- and that's what it seems to be doing now. It’s always satisfying to see a bully get a long deserved come-uppance, and we’re seeing it this week as the giant retailer rolls out what was supposed to be a PR-driven birthday party and victory lap.

We’re talking about Amazon Prime Day, a 24-hour celebration of the company’s two decades, which enthusiasts said would offer discounts to dwarf Black Friday’s pre-Christmas madness. But it’s ended up being a bit of a dud, and Twitter is full of complaints.

Much of the complaints seem to focus on the weird items for sale. Amazon has hardly offered up its best stuff, but an array of odds and ends – an enormous (55 lbs.!) tub of water-based lubricant, Lysol Disinfecting Wipes, a cordless leaf blower, a 48=pack of Quilted Northern toilet paper.

Over at Forbes, reporter Ryan Mac documented not only the disappointment and social-media backlash against Amazon, but the company’s defensive response to the whole thing:

“Prime Day peak order rates have already surpassed 2014 Black Friday,” said Greg Greeley, vice president of Amazon Prime, in a statement. ”Prime members have already bought tens of thousands of Fire TV Sticks, 35,000 Lord of the Rings Blu-Ray sets, 28,000 Rubbermaid sets, and 4,000 Echo devices in 15 minutes. The Kate Spade purse was gone in less than a minute. We also sold 1,200 of the $999 TVs in less than 10 minutes. And there are thousands more deals coming.”

Those numbers mean very little. Amazon declined to say what the actual peak order rate–defined as the highest number of orders per minute–really is. Is it the peak order rate bigger than Black Friday? Yes. By how much? Who knows?

While the sale rates of single items are slightly interesting, they do little to characterize how well the millions of other items that are being sold through Amazon Prime are moving off the retailer’s warehouse shelves. Some don’t think Amazon’s statement is impressive at all.

And this is after an enormous amount of advertising and hype by one of the world’s biggest corporations. (Amazon’s market capitalization is about $216 billion – making it, for instance, bigger than Bank of America -- though it is down by almost a percentage point today.)

Our theory on this is that good people across the nation have begun to realize just how destructive Amazon is, especially to the world of books and publishing. They like its convenience of getting things shipped quickly, but they’re starting to pick up how aggressive Amazon treats a lot of its suppliers, and to see what an Amazon economy will do to employment. These folks have been waiting to have a chance to publicly insult an exploitative, monopoly-like corporation they depend on but neither like nor love.

Here's hoping now that Amazon throws a big, clumsy, hyped-out birthday party for itself every year.