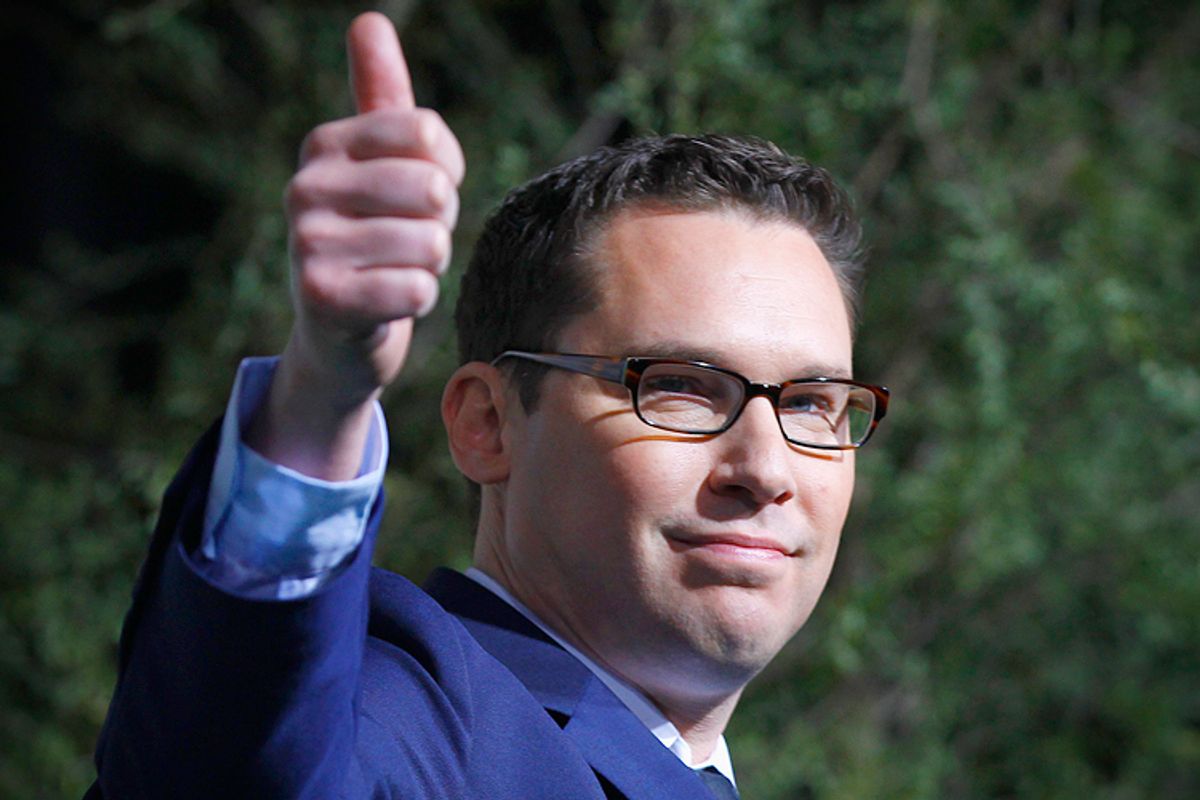 In an interview with Entertainment Weekly, "X-Men: Apocalypse" director Bryan Singer spoke out about last year's sexual abuse scandal, in which an actor named Michael Egan accused Singer of sexually assaulting him when he was a teenager.

Singer, who also directed the previous "X-Men" installment "X-Men: Days of Future Past” said he never considered stepping away from "Apocalypse" when the scandal broke. “I love working,” he said. “This is what I love to do. Making films is something I’ve been doing since I was 13 years old. So to not do it just because of some bulls*t, like complete, absolute bullsh*t would be absurd.”

The producers behind the film felt similarly about Singer remaining with the project. “The idea of anybody else directing 'Apocalypse' didn’t enter our minds,” producer Hutch Parker told EW. “For all of us that knew Bryan, we were pretty confident that was all going to go away and be exposed for what that has been exposed as being.”

Egan dropped the lawsuit against Singer last August after his lawyer, Jeff Herman, withdrew from the case over deteriorating client relations. For a more thorough investigation of the case, read Robert Kolker's New York Magazine feature from last fall, "What Happens When You Accuse a Major Hollywood Director of Rape?"