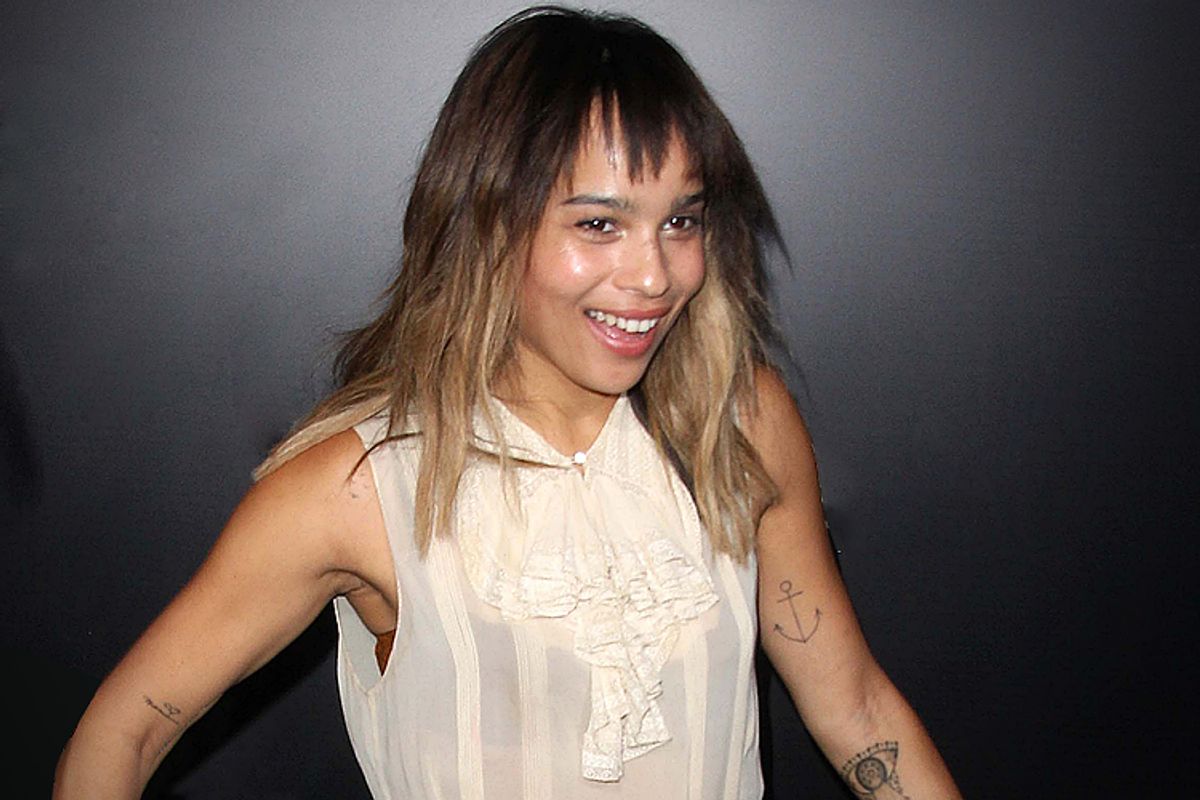 Joining the chorus of Hollywood actresses increasingly speaking out about sexist and racist hiring practices in their industry, “Mad Max: Fury Road” star Zoë Kravitz told Nylon that she was denied an audition for “The Dark Knight Rises” because she was deemed too “urban.”

As Kravitz puts it, "they told me that I couldn't get an audition for a small role they were casting because they weren't 'going urban.' It was like, 'What does that have to do with anything?' I have to play the role like, 'Yo, what's up, Batman? What's going on wit chu?'"

Kravitz went on to discuss the problem of typecasting, and how she tries to avoid taking roles that focus on her race: "I don't want to play everyone's best friend. I don't want to play the role of a girl struggling in the ghetto,” she explained. "It's not that that story isn't important, but I saw patterns and was like, 'I don't relate to these people.'"

Read the full interview over at Nylon.