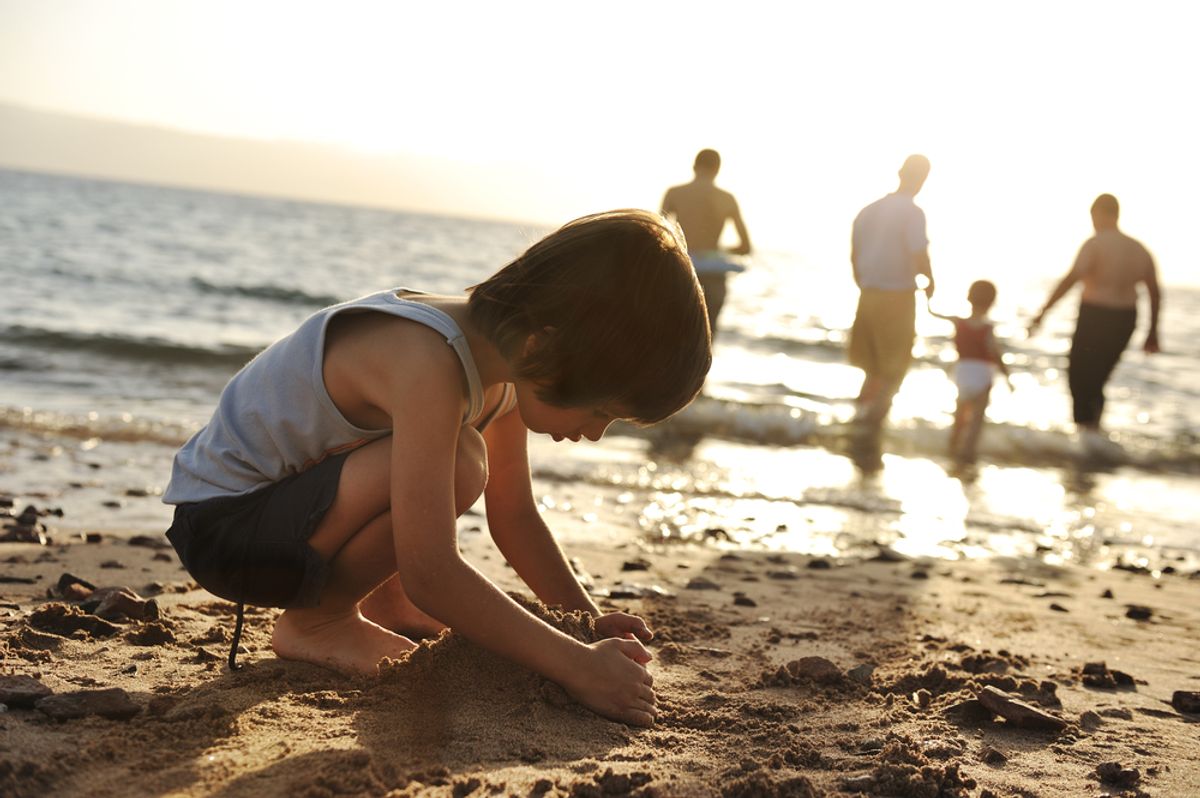 Bad news, kiddos: if you're hoping to enjoy some time at the beach this summer, you're going to have to learn to live with a little fecal bacteria.

We knew this already (although few want to think about it). According to a report out last year from the Natural Resources Defense Council, about 10 percent of U.S. beaches are contaminated with pollution -- mostly raw sewage. The concern, in that case, was for swimmers, whom officials assume are mostly likely to come into contact with bacteria and contract any number of illnesses or infections, typically of the gastrointestinal sort. Also, rashes and, sometimes, hepatitis.

But water may not be the biggest problem. Researchers have been noticing for years that it's sand, more than water, that's teeming with fecal bacterial. And according to a new study in the journal Environmental Science & Technology, that's because the bacteria that makes us sick, like E. coli, Enterococcus and C. perfringens, survive longer on land than they do in water.

You'd think you'd nonetheless be safer on the beach, since people don't tend to gulp down sand the way they do seawater. But CityLab cites another recent study finding that digging in the sand, or getting buried in it, is associated with higher incidences of gastrointestinal illness than avoiding it altogether.

The EPA reassures us that while most illnesses contracted at the beach are...unpleasant, "they are usually not very serious -- they require little or no treatment or get better quickly upon treatment, and they have no long-term health effects." Bt if you're worried, looks like your best bet for a diarrhea-free beach trip is to wear shoes, sit in the middle of a very large blanket and just look at the sand and the water. No touching!