"You should cut that out now," an unshaken Tur replied, "or you'll go home in an ambulance" 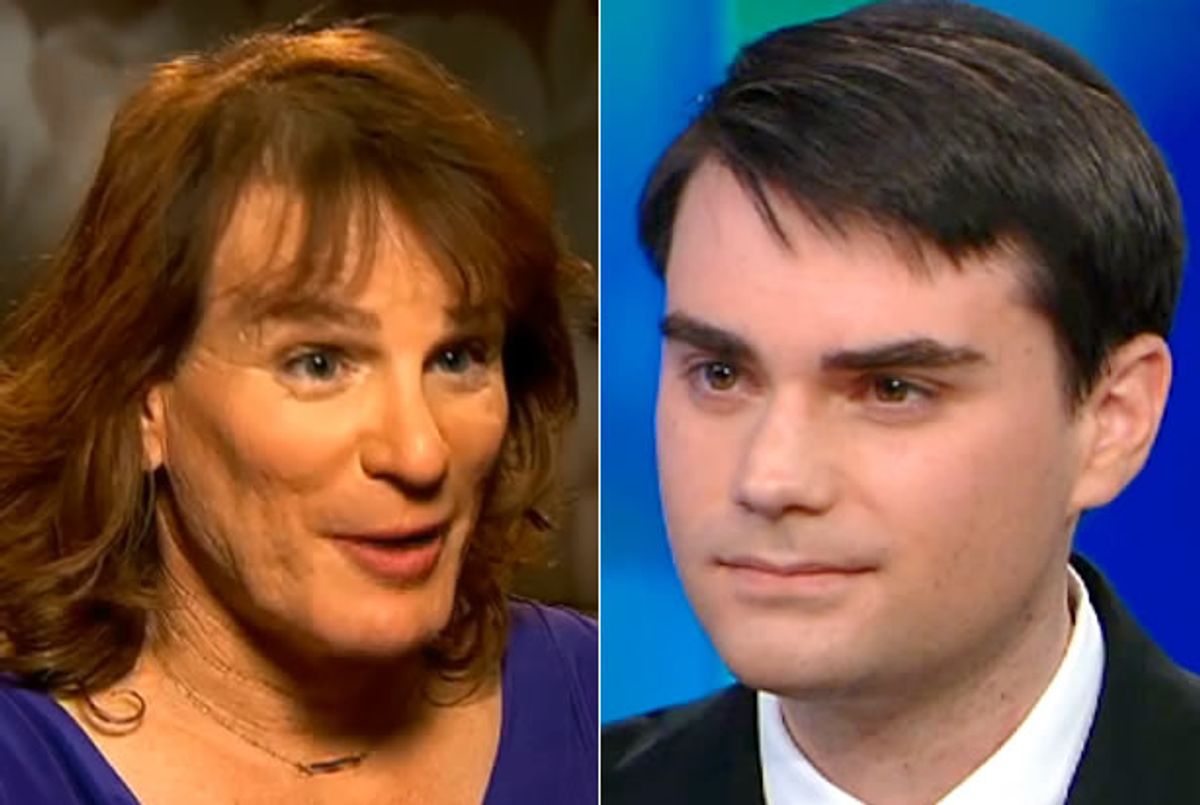 Thursday night's episode of "Dr. Drew on Call" featured Breitbart Editor-at-Large Ben Shaprio and "Inside Edition" reporter Zoey Tur discussing whether Caitlyn Jenner deserved the Arthur Ashe Courage Award -- and as anyone familiar with Shapiro's thoughts about the transgender community has already guessed, the discussion started poorly and steadily deteriorated like a burning plane on a slow descent into a field of puppies.

Host Drew Pinsky asked Shapiro if he believed Jenner deserved the award. "For what?" Shapiro shot back.

"For courageously coming forward, for having been an athlete of great prowess, and now fighting a new battle?" Pinsky replied.

"What exactly is the battle?" a visibly annoyed Shapiro asked. "I mean, self-definition what is you do. And my baby’s doing it at 18 months old. I was unaware that you get a medal for it."

Journalist Segun Oduolowu called Jenner "a fraud," saying that "the message and the messenger were wrong." She is "a 65-year-old rich white woman that decided to do this. But don’t tell me you’re walking the truth for other transgender kids, kids of color who don’t have the war chest of money to get the surgery, to look like she looks. they’re not going to get the cover of Vanity Fair?"

"Did she deserve the honor?" Tur interjected. "Probably not. Is she brave? Of course she’s brave. All those years invested as the sports legend, to come out transgender is horribly difficult. It is the most difficult thing you can do. I’ve been overseas, I’ve flown helicopter missions, surveillance missions, I’ve been shot, stabbed. Being brave is being yourself. And being transgender is about the bravest thing you can do."

But Shapiro had had enough. "Why are we mainstreaming delusion?" he asked. "Because, Bruce -- Caitlyn Jenner, I’ll call him Caitlyn Jenner" he spat out before "Pop Trigger" host Samantha Schacher reminded him that Jenner prefers people refer to her with feminine pronouns. "No, it’s her, you’re not being polite to the pronouns, it’s disrespectful."

"Forget about the disrespect," replied the white heterosexual male who doesn't face it on a daily basis -- except when he brings it on himself, as is the case here. "Facts don’t care about your feelings. It, turns out that every chromosome, every cell in Caitlyn Jenner’s body, is male, with the exception of some of his sperm cells."

"It turns out that he still has all of his male appendages," Shapiro continued. "How he feels on the inside is irrelevant to the question of his biological self."

"We both know chromosomes don’t necessarily mean you’re male or female," Tur replied. "So you don’t know what you’re talking about, you’re not educated on genetics."

"What are your genetics, sir?" Shapiro asked the trans woman beside him.

"You should cut that out now," Tur replied. "Or you'll go home in an ambulance."

Every other panelist on the show attempted to inform Shapiro that he knew full well why Tur took offense at his use of the word "sir," but he remained defiant. "It’s not a matter of [being] aggressively insulting,” he said. “The entire discussion is whether we are embracing mental illness and delusion as a society."

Watch the entire exchange below via Headline News.