The GOP might actually be helpful: Chris Hayes explains why Obama's push for prison reform could work

The MSNBC host dives into the meaning of the first sitting president's visit to a U.S. prison 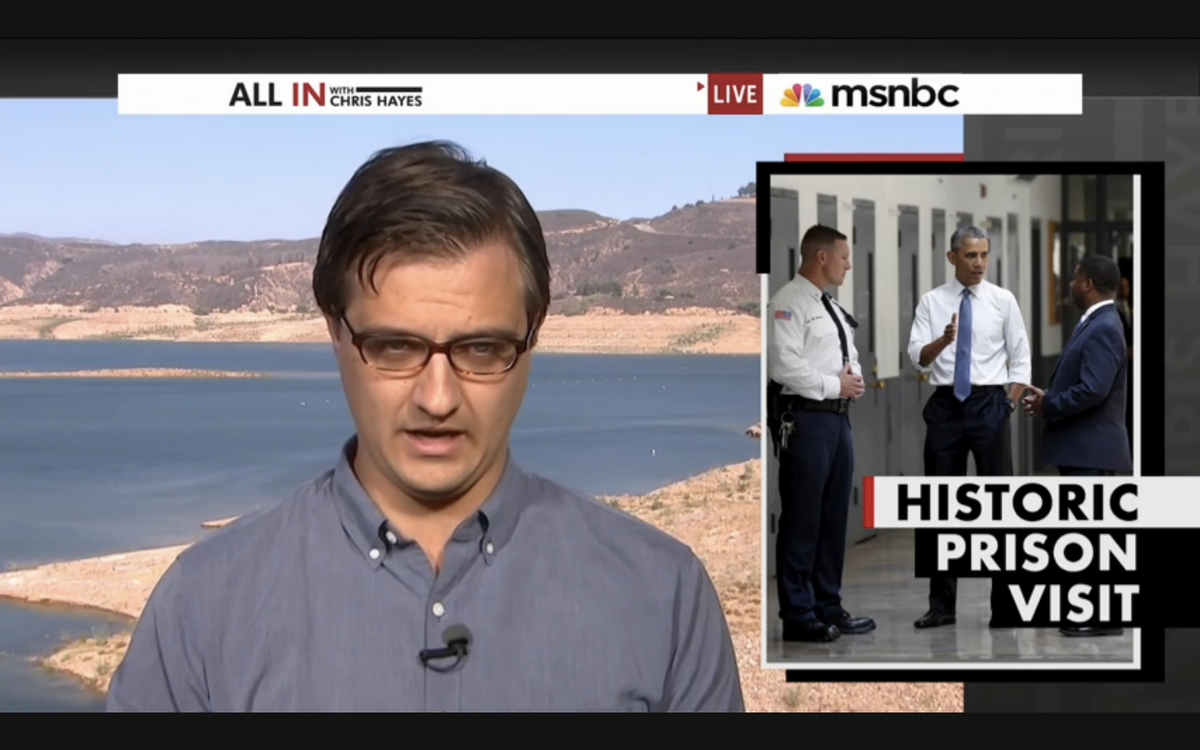 After commuting the sentences of 46 nonviolent drug offenders earlier this week, President Obama became the first sitting president in American history to visit a U.S. prison on Thursday, as part of a push for reform that might just be the one thing congressional Democrats and Republicans can agree to get done. Examining the implications of Obama's historic visit, MSNNC host Chris Hayes tackled the political symbolism of the visit, which he believes bodes well for ending mass incarceration.

"It's kind of hard to imagine that 20 years ago, a Democratic president pushing to shorten sentences and reduce incarceration would feel that he had the political room to do it," Hayes explained. "But now, it seems that having the world's largest prison population, full of racial discrepancies, is increasingly seen as a policy failure -- even as a source of national shame. There seems to be surprising support from both Democrats and Republicans to do something about it."