What scientific consensus?: A complete guide to climate denial and the 2016 GOP candidates

Ranking the entire GOP presidential field, from the bad to the very bad to the you've-got-be-kidding-me 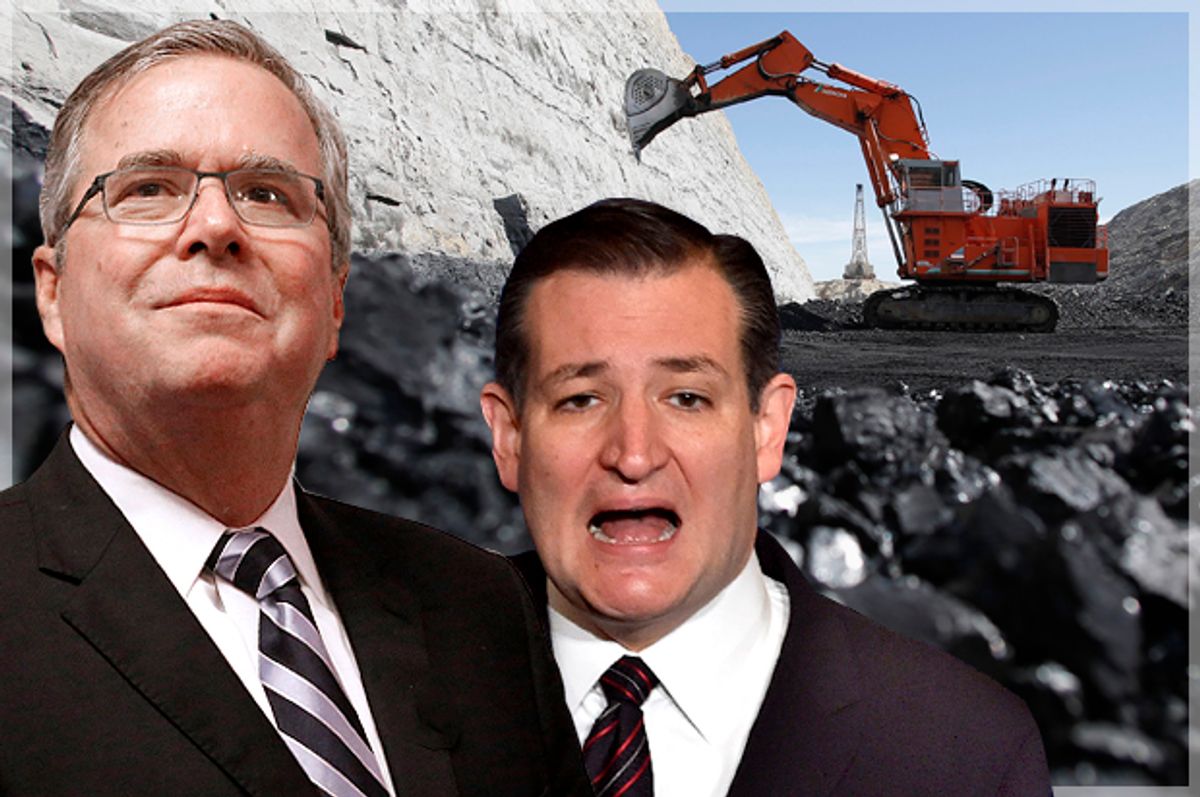 Ah, for it to be several weeks ago, when I was weighing the merits of the top Democratic candidates' climate platforms and wondering whether Hillary Clinton was green enough.

The GOP field, in comparison to that -- and in comparison to any rational world in which people refrain from quibbling with the scientific consensus on issues they don't understand -- is a hot pile of climate-denying garbage.

Their reluctance to take action on one of the most pressing issues of our time takes many forms, from shutting their ears and singing "lalalalalala" (metaphorically, of course) any time the topic comes up to tiptoeing up to the edge of admitting we might have a problem here ... and then praying the Koch brothers didn't overhear. The truth is, no one on the right is up to the challenge of averting the “severe, pervasive and irreversible” consequences of greenhouse gas emissions. But as the primaries heat up, here's our guide to where they stand.

Climate change is happening, and I will help drive the "substantial and sustained" emissions cuts scientists say are necessary to fight it

Climate change is happening, and maybe we should think about doing something about it

Climate change is happening, but I'd never risk pissing off the fossil fuel industry

Climate change is happening, but really, anything can be causing it, so I don't need to have a plan

Whatever, I don't have to explain to anyone why I'm hell bent on destroying the environment