Many on the right have seized on anti-Islamic prejudice to denounce the deal with Iran. Here's what they miss 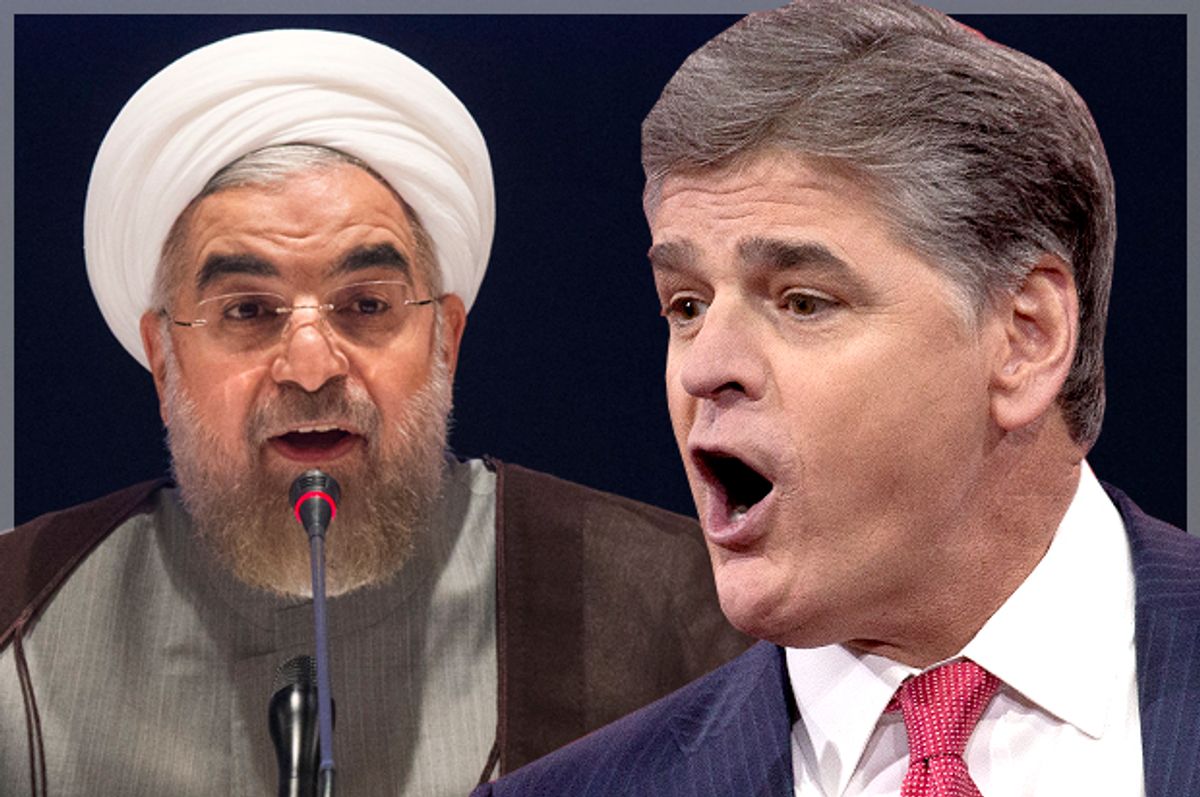 But while calls from the American far right insist this international peace accord is a mistake, few recognize what this deal truly means for the Islamic Republic of Iran. It isn’t just about economic stability and international security, though those are important. Perhaps most significantly, President Rouhani’s tweet declares that this deal is also about Iran fulfilling its Islamic obligations -- obligations that Prophet Muhammad ordered and exemplified in his unrivaled rules of war and negotiation 14 centuries prior.

To be clear, Iran’s domestic human rights record leaves much to be desired. On the international front, however, we see a subtly different picture. Iran has not invaded another country in centuries. This, despite the United States overthrowing Iran’s democratically elected government in 1953, aiding Iraq in invading Iran with the use of chemical weapons on Iranian soldiers in 1980, and maintaining economic sanctions for over a decade.

But this history makes the role that Prophet Muhammad’s rules of war and negotiation play that much more significant.

By 628 A.D., Muslims had suffered for nearly two decades, starting with brutal persecution and boycott in Mecca that forced them to flee to Medina for safety, where they were later forced to defend themselves against yet more attacks. In January of that year Prophet Muhammad and his companions met with Suhayl ibn Amr, leader of the Meccan Army at a place called Hudaybiah. After tense negotiations and only for the sake of peace, Prophet Muhammad agreed to the Treaty of Hudaybiah—a deal wholly lopsided in favor of Meccans. The decade-long truce forbade Muslims from performing the Hajj pilgrimage that year, what we would today recognize as a violation of religious freedom. It forcibly returned to Mecca any Muslim male who had left—a human-rights violation and economic sanction. And it forbade Muslims from carrying arms when visiting Mecca—which left them them virtually defenseless.

At face value, the Treaty of Hudaybiah was an insult to the Muslims, and Muhammad’s companions were furious over the concessions to which he agreed. However, Muhammad acted exactly according to the Qur’an 8:62: “And if they incline towards peace, incline thou also towards it, and put thy trust in God.” Indeed, when negotiating a peace treaty, Islam obliges Muslims to accept that treaty even under suspicion that the opposing side is offering peace only to gain a tactical advantage. In other words, Islam offers every reason to pursue peace, and no validation for offensive war.

This act of humility for the sake of peace laid critical groundwork. When the Meccans violated the Treaty but two years later, Muhammad and his army of 10,000 soldiers marched on Mecca in a bloodless siege. As historian Stanley Lane-Poole writes, “[Muhammad] freely forgave the Meccans all the years of sorrow and cruel scorn to which they had inflicted him, and gave an amnesty to the whole population of Mecca.”

Given America’s 1953 overthrow in Iran, its support of Iraq’s 1980 invasion, its brutal economic sanctions and its quiet support for Israel's nuclear arsenal, conventional wisdom dictates that Iran has no reason to trust America. But this is why President Rouhani’s tweet is so critical. It indicates that Iran is adamant on upholding the unparalleled rules of engagement and negotiation that Prophet Muhammad established—for the sake of regional and international peace.

In this backdrop President Obama deserves commendation. First was his landmark speech in Cairo in 2009. Just last month, he mended ties with Cuba. Now, President Obama has done what no president could in 40 years—sign a peace deal with Iran to prevent them from obtaining a nuclear weapon. This treaty, backed by an international coalition across the world spectrum, likewise has an international impact. Learning from the horrendous Iraq War debacle, President Obama stood his ground on Iran despite facing extreme past and current opposition from his conservative opponents in Washington and in the media, who have taken every chance to exploit anti-Islamic sentiment to promote their own bellicose worldview.

The result is a non-nuclear Iran dedicated to Prophet Muhammad’s unparalleled rules of war and engagement, and a diplomatic United States that leads an international coalition dedicated to security. Together, this treaty is the most comprehensive deal for international peace in decades.

Decimating the enemy leaves a void for another aggression. True victory is winning over the enemy with wisdom and goodly exhortation—and that’s what the Iran Deal accomplishes.

It seems that this Ramadan, the prayers of Iranians, and the world, have been answered.

Qasim Rashid is an attorney, author and national spokesperson for the Ahmadiyya Muslim Community USA. His third book, "#TalkToMe", is due out in December. Follow him @MuslimIQ.