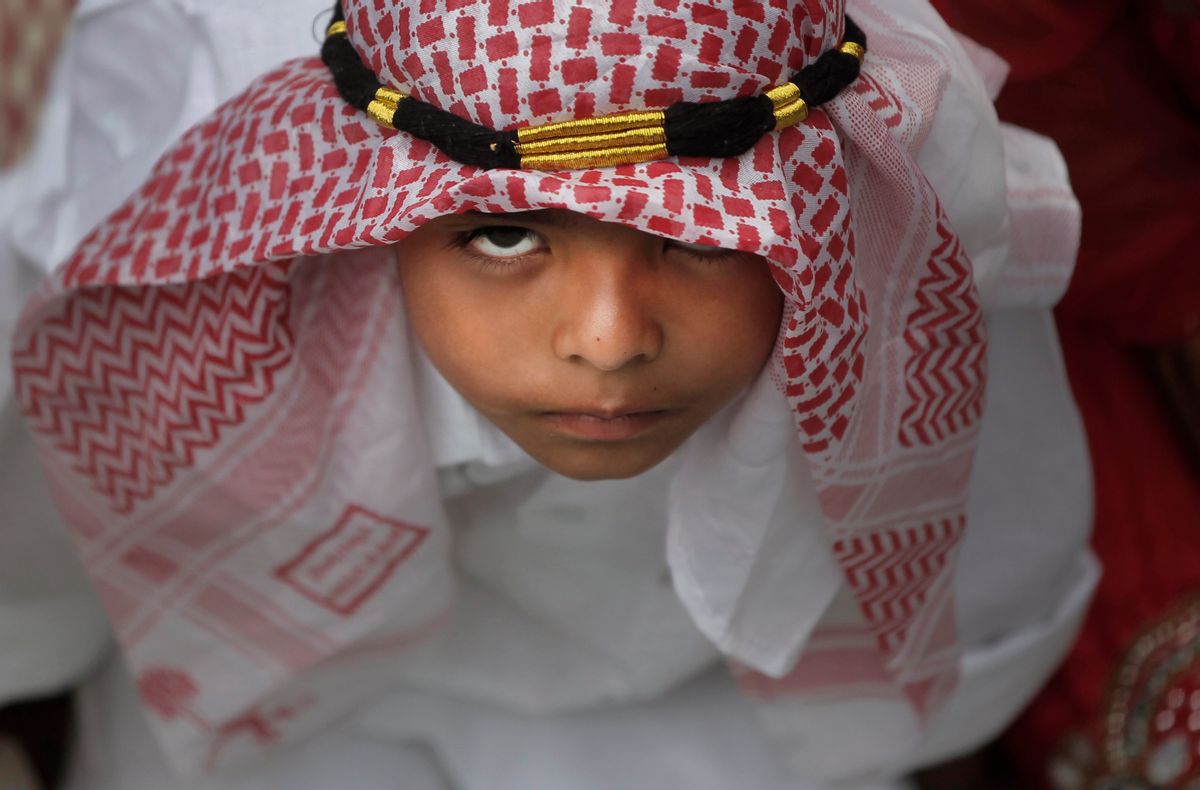 A Nepalese Muslim boy reacts to the camera as he waits to offer prayers on Eid al-Fitr at a mosque in Kathmandu, Nepal, Saturday, July 18, 2015. Millions of Muslims across the world are celebrating the Eid al-Fitr holiday, which marks the end of the month-long fast of Ramadan. (AP Photo/Niranjan Shrestha) (Niranjan Shrestha)
--

Muslims across Asia celebrated Eid al-Fitr, the festive holiday that marks the end of the Islamic fasting month of Ramadan. In mostly Muslim Bangladesh, hundreds of thousands of people working in the capital, Dhaka, left for their hometowns to celebrate the holiday with their families. The markets and malls in the capital were busy with vendors selling traditional foods and delicacies and customers buying new outfits for the celebrations.

In other images from across Asia last week, a Japanese parliamentary committee approved a package of highly contentious security legislation in a vote forced by Prime Minister Shinzo Abe's ruling bloc that was disrupted by opponents' massive protests. Public support for Abe has dropped sharply since then, and the controversy over the legislation is likely to continue as the upper house takes it up over the next two months.

From the front desk to the porter that's an automated trolley taking luggage up to the room, the Henn na Hotel — or Weird Hotel — in southwestern Japan is "manned" almost totally by robots to save labor costs.

Parts of Indian-controlled Kashmir were under curfew to stop a rally by separatist groups in memory of the day in 1931 when the region's Hindu king ordered more than 20 Kashmiri Muslims executed in a bid to put down an uprising. July 13 is observed as Martyrs' Day in the state.

This gallery was curated by Associated Press photo editor Shuji Kajiyama in Tokyo.