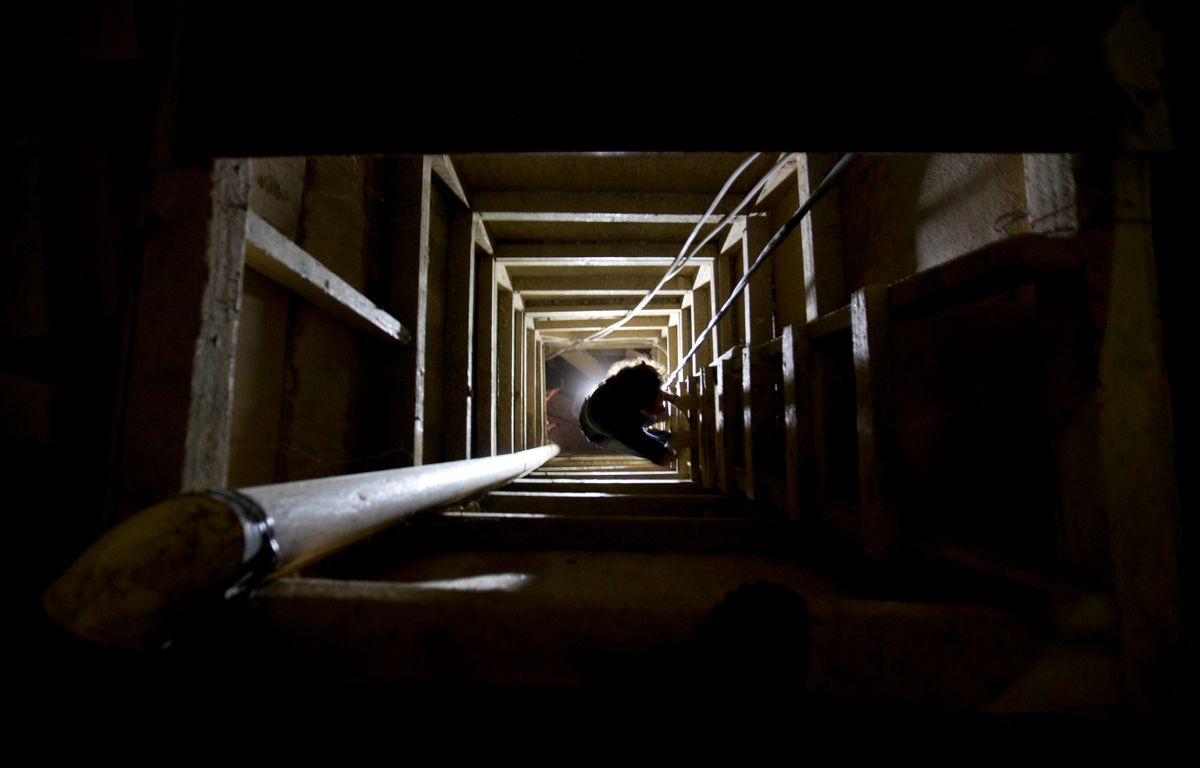 In this Tuesday, July 14, 2015 photo, a journalist climbs a ladder to get out of the tunnel that according to authorities, drug lord Joaquin "El Chapo" Guzman used to escape from the Altiplano maximum security prison in Almoloya, west of Mexico City. (AP Photo/Eduardo Verdugo) (AP)
--

Mexico mounted an all-out manhunt for its most powerful drug lord, Joaquin "El Chapo" Guzman, who escaped from a maximum security prison through a tunnel leading from a small opening in the shower area of his cell. The widespread operation that included highway checkpoints, stepped up border security and the temporary closure of an international airport failed to turn up any trace of Guzman.

Elsewhere in the region last week, the presidents of Argentina and Bolivia unveiled a statue of Bolivian war of independence heroine Juana Azurduy. The present from Bolivia was unveiled behind Argentina's presidential palace. The 25-ton, 16-meter-high (52-foot-high) statue replaces a polemic statue of Christopher Columbus that was taken down in 2013.

A United Nations commission issued a report saying a quarter of the money fueling Guatemalan politics comes from criminal organizations, primarily drug traffickers. The commission, headed by Ivan Velasquez, said the Central American country's elections are rife with illegal money and corruption is the glue holding the system together.

Pope Francis wrapped up his eight-day visit to three of South America's poorest countries — Ecuador, Bolivia and Paraguay. It was Francis' first trip to the Spanish-speaking part of his home continent since he became pope.

While visiting the fetid Banado Norte slum in Paraguay hours before flying back to Rome, Francis said true Catholics don't just go to church or pray. Instead, he said, they must improve the lives of people in places like Banado Norte, where thousands live in shacks without running water or electricity.

If not, Francis said, "Your faith is weak, or it's sick or it's dead."