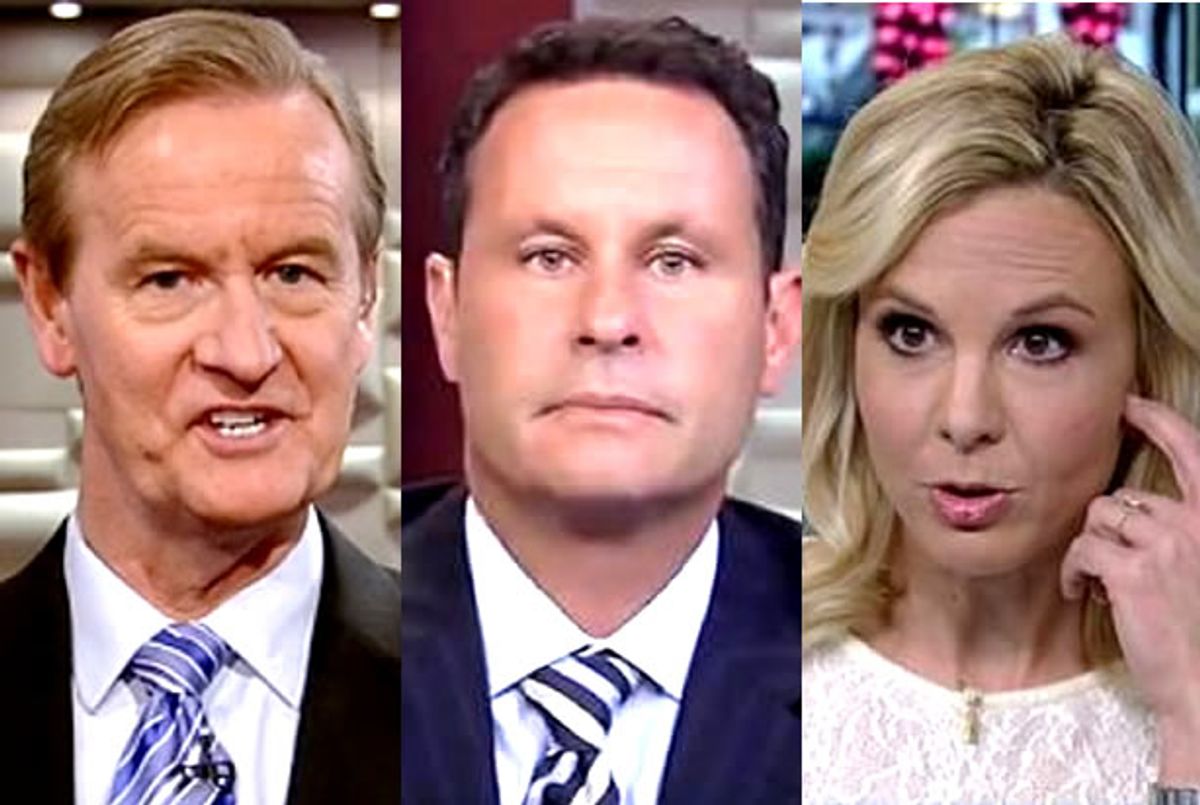 Before playing a clip from Frank Lutz's interview with Trump, co-host Doocy explained the ground rules for interpreting his comments. First, he said, you need to remember how much Trump dislikes McCain, who said that the real estate tycoon's recent event in Phoenix "brought out the crazies." Second, you have "keep in mind that after he had this statement, mainstream media said 'Donald Trump says John McCain not a war hero.'"

"He says that one time," Doocy acknowledged, but "immediately corrects himself and says 'he was a war hero' four times." He left out the fact that while Trump said "he was a hero" four times, it was followed by the qualification "because he got captured" -- which should be obvious, given that "Fox & Friends" cut to the clip of the interview at this point.

After the clip, Brian Kilmeade acknowledged that McCain is, in fact, a war hero -- but said that's "just what Donald Trump does. If he was going to bid against on buildings, he'd come after me about soccer. He goes after the weakness."

Doocy read an excerpt from Trump's op-ed in Monday's USA Today, in which the real estate tycoon said that he doesn't need to be lectured by losing presidential candidates who probably couldn't cut it in the public sector.