Rachel Dolezal: "I wouldn't say I'm African-American, but I would say I'm black" 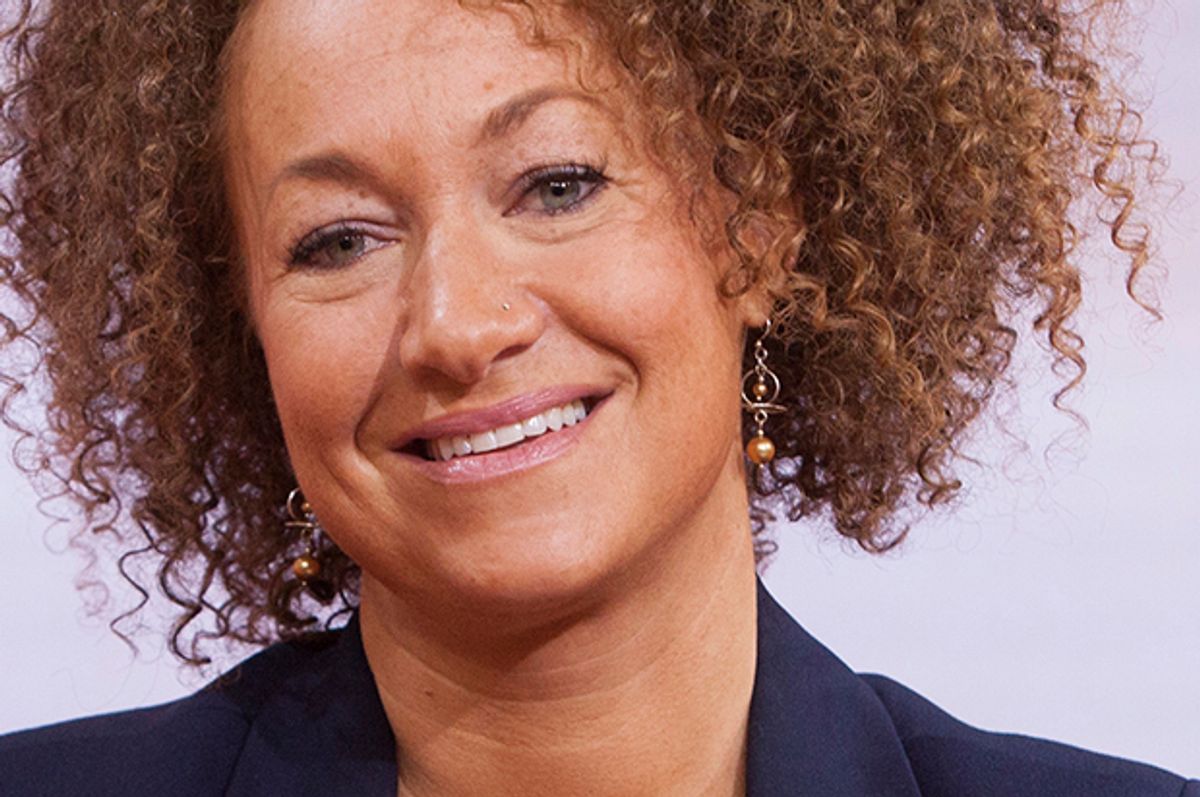 Rachel Dolezal -- whose problematic claims about her identity dominated the national conversation about race before the shootings in Charleston, South Carolina -- spoke to Vanity Fair's Allison Samuels about the manner in which her "cover was blown," and the extent to which she never believed it was a cover.

"It’s taken my entire life to negotiate how to identify, and I’ve done a lot of research and a lot of studying," she told Samuels. "I could have a long conversation, an academic conversation about that. I don’t know. I just feel like I didn’t mislead anybody; I didn’t deceive anybody."

"If people feel misled or deceived," she added, "[I'm] sorry that they feel that way, but I believe that’s more due to their definition and construct of race in their own minds than it is to my integrity or honesty, because I wouldn’t say I’m African American, but I would say I’m black, and there’s a difference in those terms."

As Samuels noted, the distinction between being African-American and black isn't one that many people are familiar with, but it's clear that Dolezal's attempting to differentiate between being ethnically of African-American descent in the way Ancestry.com could verify, and being culturally black, which Dolezal firmly believes herself to be.

"It’s hard to collapse it all into just a single statement about what is,” she said. "You can’t just say in one sentence what is blackness or what is black culture or what makes you who you are."

In addition to losing her position at the NAACP, Dolezal lost her lectureship at Eastern Washington University, where she had been teaching in the school's Africana Studies program. She and her 13-year-old son Franklin are subsisting on income based in part on knowledge she acquired in order to establish her black identity -- how to style black hair.

As for where her future takes her, she told Samuels that she would like to return to a life of racial activism, but feels that she won't be able to do so until she had written a formal apologia. "I would like to write a book just so that I can send [it to] everybody there as opposed to having to continue explaining,” she said.

“After that comes out, then I’ll feel a little bit more free to reveal my life in the racial social-justice movement. I’m looking for the quickest way back to that, but I don’t feel like I am probably going to be able to re-enter that work with the type of leadership required to make change if I don’t have something like a published explanation."

This is no doubt in part because of what she characterized as "a little coldness" from Naima Quarles-Burnley, who took over Dolezal's position at the NAACP chapter after she resigned. It's "hard to deal with for me, to feel like she doesn't trust me as much now or something. I don't know."