While the script handles racism deftly in one character, heroine Amy's is played as a harmless quirk 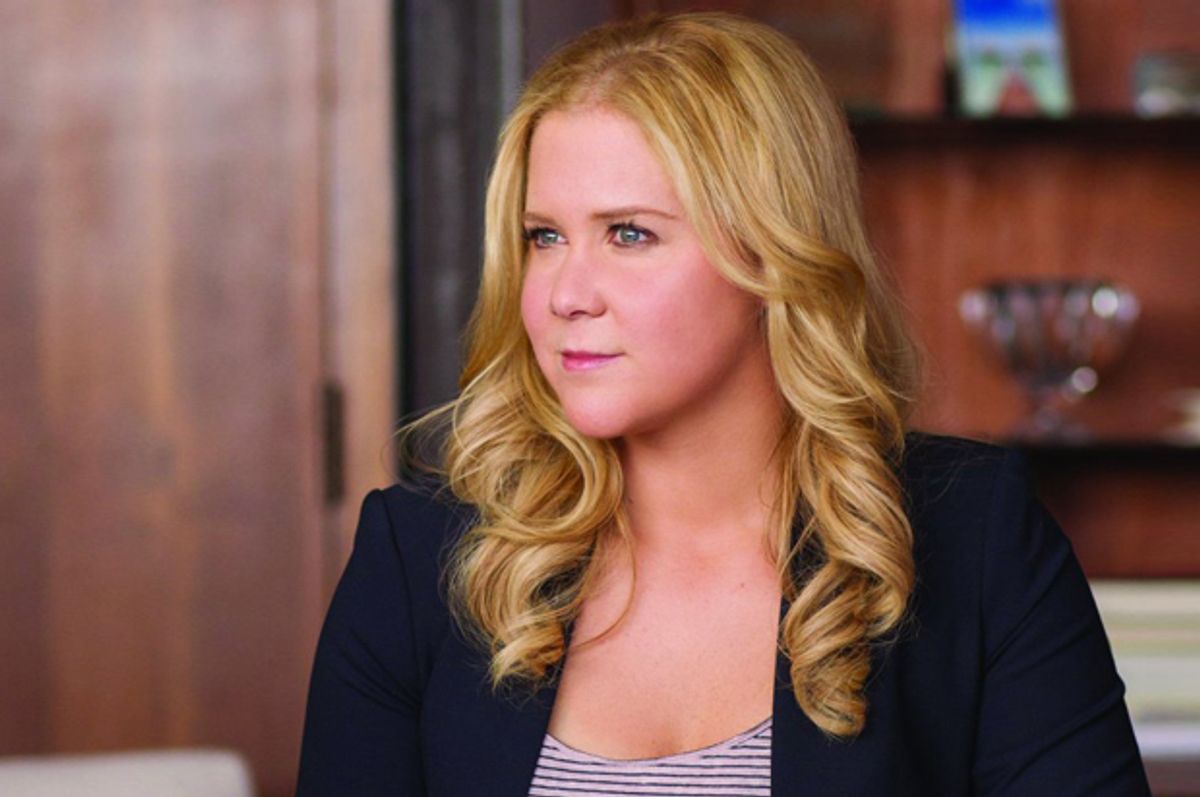 Amy Schumer’s new movie, “Trainwreck,” which she wrote and stars in, has received general acclaim. It’s being called both a “comedy smash” and “really funny,” among other effusive compliments. The consensus is that Schumer’s first film is mostly hilarious and full of good performances, especially from a deadpan LeBron James.

But while “Trainwreck” showcases Schumer’s obvious writing and comedy talent, it also demonstrates what has become a recurring discomforting theme in her work: a tendency toward racial humor that walks an awkward line between poking fun at racism and actually being racist. In the new film, as in her previous controversial output, Schumer writes characters who are ignorant and prejudiced. Schumer insists that she depicts bigotry in order to mock it, but “Trainwreck” is not especially clear in its judgments, and the viewers’ laughter at the characters’ racism may ultimately bleed into laughing right along with it.

The first race joke occurs early in the film. Schumer’s character, also named Amy, is writing a profile on sports doctor Aaron Connors (Bill Hader). At their first meeting, Aaron comments that he enjoys working in sports, because it means he gets to work with a lot of — at which point, Schumer interjects: “Black people?” This sets off a discussion between the two on the subject of whether Amy has any black friends. Attempting to prove to Aaron that she does, Amy shows him a photograph of a black waiter refilling her glass. Later, at a funeral, we are treated to another uncomfortable racial moment.  Apropos of nothing, Amy’s friend Nikki (Vanessa Bayer) leans forward during the service and whispers to the mourner in front of her, a black man, that she has previously had black boyfriends. The comment leads nowhere. The film continues.

Jokes about race aren’t necessarily racist jokes. The Scottish shock-comedian Frankie Boyle, repeatedly kicked off U.K. television for his offensive material, has insisted on the distinction between the subject of a joke and the target of a joke. Similarly, Kate Harding can compile a list of “15 Rape Jokes that Work,” because they target rapists, rather than victims. Louis C.K. can tell a joke about slavery to remind people just how bad slavery was. It’s perfectly possible to joke about race in order to show how foolish racism is.

Indeed, this is what Schumer insists she is trying to do. She says she plays an “irreverent idiot,” whose prejudiced worldview is supposed to be absurd. When Nikki makes an awkward racial come-on, or Amy can’t dissociate sports from black people, these are simply silly caricatures of the clumsy prejudices of white women.

But that defense doesn’t quite work for “Trainwreck.” It’s true that Amy’s character is portrayed in the beginning as unpleasant, even “broken.” But once the film displays her bigotry, it never mentions it again. Amy undergoes a transformation throughout the film, abandoning a life of self-hatred and debauchery as she finds her one true love. (We can leave aside, for now, the moralizing tone the film takes in depicting promiscuity as somehow shameful and monogamy as a woman’s salvation.) But even as Amy changes, it’s unclear whether her racial prejudice ever disappears. It’s a deeply ugly character trait, but it’s simply played for laughs. According to the film, the problem with Amy was that she couldn’t love, not that she was a racist.

“Trainwreck” handles another racist character far more deftly. Amy’s father, Gordon (Colin Quinn), is an offensive lout, who makes a witch-doctor remark about his black nursing home attendant. But the film has little sympathy for Gordon’s bigotry; because he is unforgivably unpleasant, his daughters have to work hard to love him. “Trainwreck” shows Gordon as a philanderer whose cruelty alienated many around him. That same judgment isn’t applied to Amy and Nikki. Each woman is revealed to have weird racist tendencies, but both have found happiness and success by the end of the film, without needing to compromise this hideous trait.

One might give Schumer the benefit of the doubt, and chalk this up to the clumsy execution of good intentions. But Schumer has caused previous upsets with a history of similar off-putting racial humor. Fans have complained that she makes numerous jokes that seem not just edgy, but callous and based on demeaning stereotypes. The Guardian complained that her stand-up act “repeatedly delves into racial territory tactlessly and with no apparent larger point.” That criticism carries over perfectly to “Trainwreck”: It’s not that the film depicts casual racism, it’s that Schumer doesn’t use it to make a point. That failure makes it both gratuitous and tasteless.

Those who think Schumer has a “racial blind spot” will be strongly confirmed in their judgment upon seeing the new film.  At the showing of “Trainwreck” I attended, the film got huge laughs from beginning to end. But the theater fell silent at the race jokes. One sensed hundreds of moviegoers squirming uncomfortably as they tried to figure out how to react: How were we supposed to take the fact that our protagonist just so happens to be racist?

When Schumer was previously criticized, David Sims of the Atlantic defended her by pointing out that the jokes in question were works-in-progress, and that no comedian should be taken to task for unpolished work. But “Trainwreck” is Schumer’s most developed work, the apex of her creative vision so far. If the race jokes are early write-offs that don’t represent her most mature output, why are they still in her new movie? Why hasn’t Schumer learned from her critics, and given some meaning and purpose to the race jokes? (Furthermore, since Schumer defended herself partly by insisting that she retired her “ignorant white girl” character years ago, why did she decide suddenly to revive it?)

Schumer has responded defensively to criticism of her racial humor. She has insisted that comics deserve wide license; they have to push the limits. There’s no doubt that “Trainwreck” pushes the limits. But the “I do whatever it takes to get a laugh” defense only works if you get the laugh. If the joke falls flat and the room stays quiet, as it did when I saw “Trainwreck,” then you’re not only being racist, but also being something Schumer apparently fears even more: unfunny.