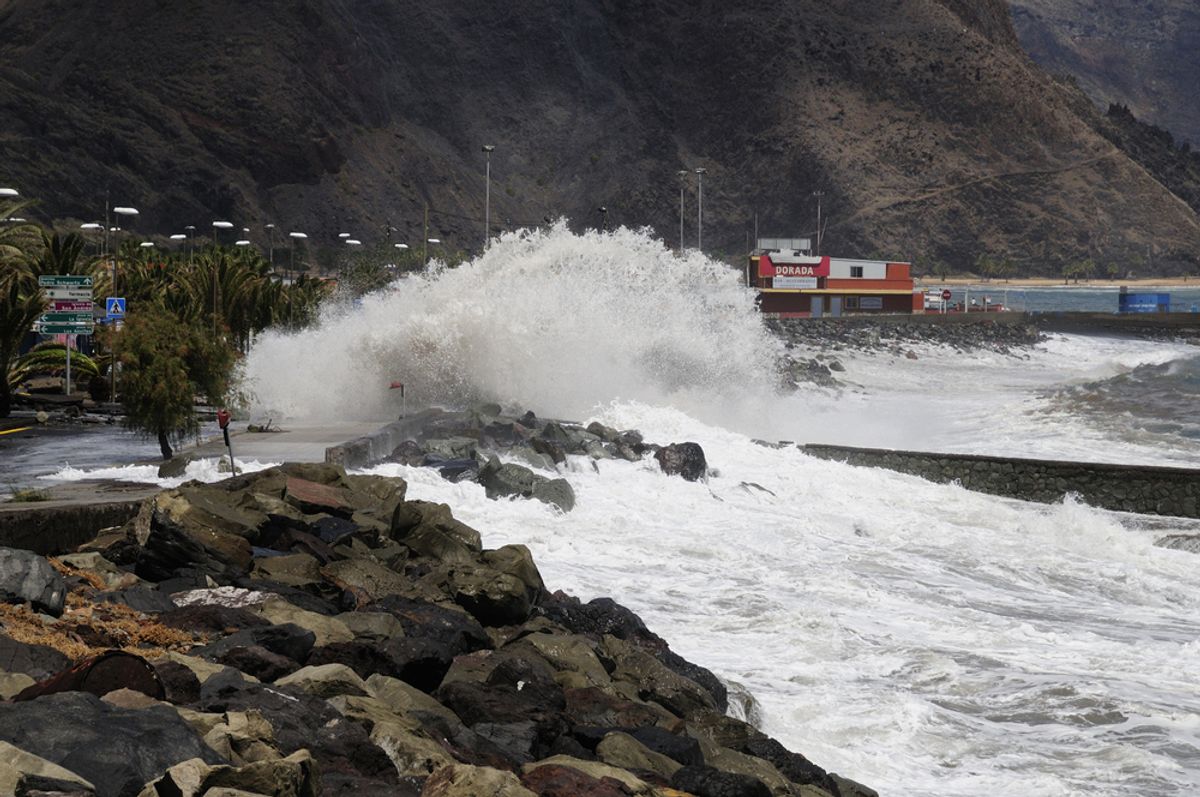 If the world fails to get its act together and commit to severe cuts in greenhouse gas emissions -- enough to limit global warming to the agreed-upon and, some say, doomed to fail,target of 2 degrees Celsius -- we could be looking at sea level rise on the order of 10 feet by the end of this century.

That's the frankly terrifying assessment put forth in a new paper from a team of 17 leading climate researchers published Monday in the journal Atmospheric Chemistry and Physics. By taking into account feedback loops that could cause the polar ice sheets to melt more quickly than anticipated, it goes much further than previous studies: the admittedly conservative IPCC report, for example, anticipated that we'd see about 3 feet by 2100. That alone would be a potential catastrophe for coastal cities and island nations.

“Continued high emissions will make multi-meter sea level rise practically unavoidable and likely to occur this century,” the paper reads -- a problem not just for Miami, but for anyone living in, to name a few examples, New York, London or Shanghai.

The study's weakness is that it has not yet been peer-reviewed -- although scientists now have the opportunity to comment on it publicly. Its authors say they rushed its publication in order to get it out there in the lead-up to the global climate talks happening in Paris this December, and to hopefully influence the decisions that will be made there.

“2C global warming above the preindustrial level, instead of being a safe ‘guardrail’, is highly dangerous,” the authors warn. “We have a global crisis that calls for international cooperation to reduce emissions as rapidly as practical.”

Practically guaranteeing that the paper will make a splash, however, is the name attached to it: the study was lead by James Hansen, the former NASA scientist who, nearly 25 years ago, testified before Congress that man-made global warming had begun. Hansen's earned reputation is, in the words of journalist Mark Hertsgaard, that of someone who "has been right, sooner, about the big issues in climate science longer than anyone" -- not proof that he got it right this time, but reason enough to pay attention.

At the Washington Post, Chris Mooney has more on the science driving Hansen's analysis, as well as the reasons why some experts are skeptical of his conclusions. Basically the study considers the increasing rate of ice loss from the collapsing West Antarctic ice sheet -- something not taken into account in the IPCC report -- and compares our current era to a period about 120,000 years ago that was slightly warmer than it is now, but during which sea levels were much higher. But all of this, Mooney notes, is dependent on whether the ice sheets really melt as quickly as the authors are assuming they will: they suggest that the time period over which ice loss from the West Antarctic doubles could be just ten years, but elsewhere note that it could be longer.

Aside from the groundbreaking research he's done on climate change, Hansen's known for being being politically active in the fight to mitigate it. And he's warned before that the 2 degree target, far from being a safe bet, “would have consequences that can be described as disastrous." Halving that target to 1 degrees of warming above pre-industrial levels, he suggested along with other scientists in a 2013 paper, would be much better. And while that may not be feasible at this late hour, Hertsgaard points to a recent study in the journal Nature Climate Change which found that 1.5 degrees is a perfectly doable compromise -- a goal supported by more than 100 countries, many of which have their entire existence hanging on that distinction.

Hansen agreed that there's a case for optimism. The planet “could actually come in well under 2 degrees," he told Hertsgaard, "if we make the price of fossil fuels honest.”

The clock is ticking.