After 2000's controversial Supreme Court ruling, Stewart offered a voice to cut through the political noise 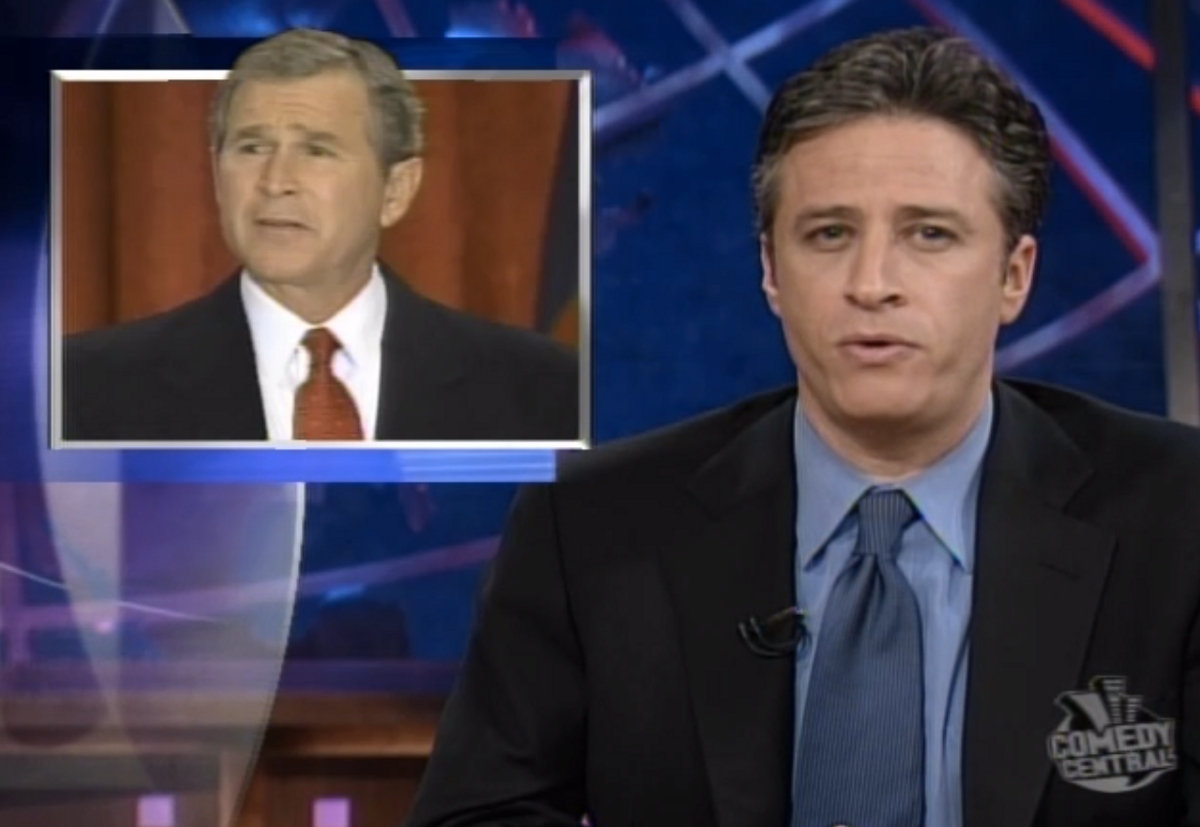 Jon Stewart was still just a newbie in an oversized suit when he found himself in the middle of an ever-expanding political circus, otherwise known as "Indecision 2000."

For jaded Dems and Gore-voters who saw a bleak future ahead under the leadership of George W. Bush (and the Supreme Court), "The Daily Show's" 2000 election coverage provided a ray of light; At the very least, we had Stewart, an irreverent voice to cut through the noise (and make fun of of Bush's eyebrows).

In the December series, Stephen Colbert, Senior Political Analyst at the time, joined Stewart to predict how the next four years would play out. He was only able to make it through the first day (lambs will be slaughtered, he'll make whores of our wives and slaves of our children, etc.) before being cut off. It was probably for the best.

Also featured in the memorable election coverage: A brief one-minute takedown of Bush's acceptance speech, in which Stewart made fun of the president for asking Americans to "pray for this great nation."

"We're waaaaay ahead of you," he quipped.

The series would go on to win a Peabody Award, accompanied by a glowing review: "Out of the convoluted sameness of media coverage of the last presidential election sprang the irreverent and inventive Daily Show with Jon Stewart: Indecision 2000, offering biting political satire, these scintillating segments had something droll and amusing to say about almost everything and everyone associated with American politics and the presidential election."

Watch the clips courtesy of Comedy Central below: