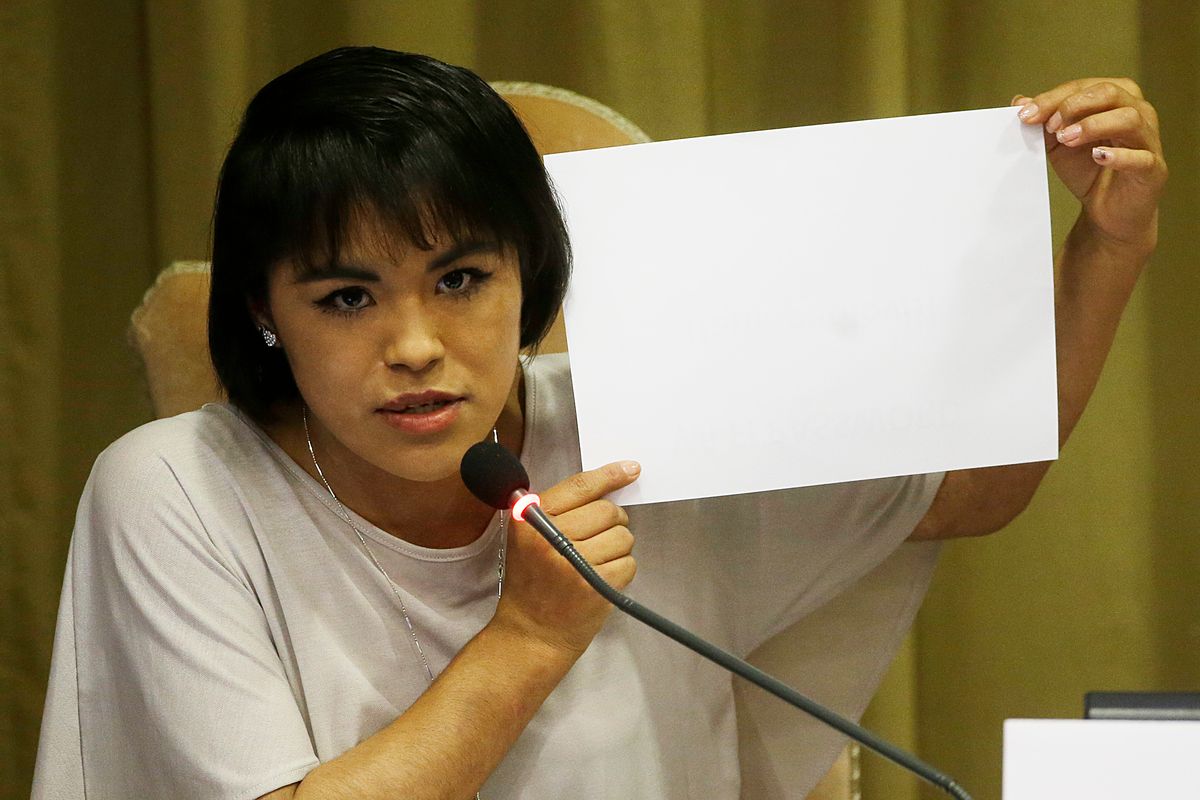 Victim of forced labor Anna Laura Perez Jaimes shows a white paper as she delivers her speech in the Synod Hall to attend a conference on Modern Slavery and Climate Change at the Vatican, Tuesday, July 21, 2015. Dozens of environmentally friendly mayors from around the world are meeting at the Vatican this week to bask in the star power of eco-Pope Francis and commit to reducing global warming and helping the urban poor deal with its effects. (AP Photo/Gregorio Borgia) (AP)
--

As the fallout intensifies after the candidate mocked McCain's war hero status, the billionaire's backers are more excited than ever about his chances.

2. UNCERTAINTY OVER HOW WOMAN DIED IN TEXAS JAIL CELL

A prosecutor says that it is too soon to determine what caused Sandra Bland's death and that the case is treated as thoroughly "as it would be in a murder investigation."

Ernest Moniz, the MIT professor-turned-Energy secretary, played a pivotal role in reaching the nuclear accord — and will now try to help sell the deal to a heavily skeptical Congress.

4. TALKS WITH GREECE TO START AFTER PARLIAMENT OK'S LAWS

A Greek government spokeswoman says negotiations will begin after the vote which will take place Wednesday.

Visitors to the Cuban capital can see deep ties between the U.S. and the island by taking stock of all the sights - some celebratory, others not - showcasing American culture and history.

Netanyahu's political footing is so tenuous that he was forced to bar coalition members from traveling abroad — just so he could ensure their votes in key parliament sessions.

8. WHO CALLS FOR 'BOLD CLIMATE AGREEMENT'

Some 60 mayors attending a conference at the Vatican will be signing off on a declaration urging their national leaders to back a deal that keeps global warming at bay, the AP learns.

9. CEO OF JAPAN'S TOSHIBA TO RESIGN

Hisao Tanaka is stepping down to take responsibility for doctored books that inflated profits at the technology manufacturer by 151.8 billion yen ($1.2 billion).

10. SPIETH GEARS UP FOR THE NEXT MAJOR

Next up is the PGA Championship at Whistling Straits. And if the Grand Slam is no longer in play, there's still plenty out there.