Bernie Sanders had a very bad weekend: What he needs to do to reinvigorate his campaign

When confronted by #BlackLivesMatter protesters, Sanders was not at his best. He can do much better 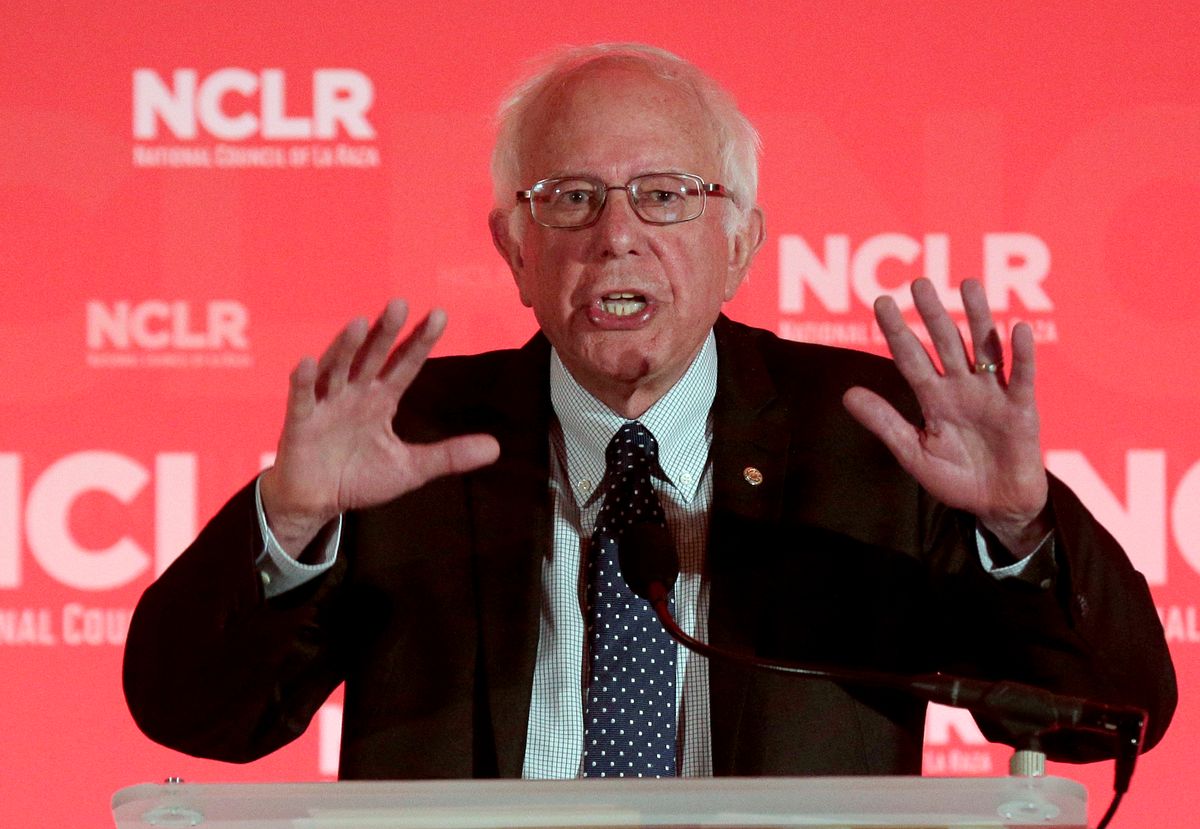 The concept and practice of disrupting a formal occasion with a protest always seemed awkward to me, not just for the people being disrupted but for the protesters as well. Generally, I think, there's a tendency for this form of protest to make the activists involved look unserious. On the extreme end of the spectrum, the pie- and shoe-hurling at politicians seems especially horrendous.

After having observed a peaceful and well-organized disruptive protest in action at this year's Netroots Nation in sweltering Phoenix on Saturday, I'm still ambivalent, but I'm coming around. During a pair of question-and-answer forums with Democratic presidential candidates Martin O'Malley and Bernie Sanders, moderated by LGBT and immigration activist Jose Antonio Vargas, a rather large contingent of Black Lives Matter protesters entered the convention hall chanting in unison, and proceeded to engage in a series of call-and-response grievances centered around police violence and racism.

The injustice voiced by the protesters can’t be underscored enough. In recent months and years, we’re observing almost daily examples of African-American men and women being racially profiled and brutally assaulted, too often killed, without any justification whatsoever. In that regard, the scale of the protest could have been more vocal and more disruptive and it would’ve been entirely justifiable. When the call-and-response rang out, “What side are you on? Black people!” it projected the reality that while these incidences are compelling video for YouTube and cable news, not much of anything is being done about it. There’s very little accountability, and even less attention paid by top-shelf politicians -- yes, even among Democrats -- other than to express nominal and tearful concern. It’s just a shame that the grievances were once again met with half-responses. Again.

Since O'Malley was, for lack of a better term, the opening act here, he got the crap end of the deal, especially given how utterly tone-deaf he was with his responses. O'Malley's remarks up to that point were already close to coma-inducingly weak, but when he finally had a chance to respond, he couldn't have botched it more profoundly. Note to politicians of all parties: when confronted by the "Black Lives Matter" slogan, never respond with, "All lives matter," like O'Malley did. We already get that all lives matter. That's a given. The problem is that black lives are being unjustly snuffed out by overzealous, racist police officers, and too many of those officers are getting away with murder -- literally. Pro tip: Republicans shouldn't talk about rape or race, and Democrats shouldn't respond, "All lives matter," in the face of African-American activists demanding justice. These are the rules.

In fact, I think O'Malley exacerbated the situation by not responding more effectively. That's not to say he should've pandered, it's just that the whole thing managed to expose a glitch in the former Baltimore mayor's racial-sensitivity barometer. O'Malley added something about civilian review boards and police department public relations, but seemed elliptical and watered down. Why is it so difficult to simply say, "Yes, black lives matter, and what's been happening in New York, or Ferguson, or Cleveland or North Charleston is an atrocity and the violence at the hands of police officers must end, and it must end now." That's a statement of fact, and it's ultimately what the protesters were seeking.

Instead, O'Malley stumbled badly and his time expired before he had much of anything to say. He exited stage right alone -- looking like a dejected, wounded candidate who knew he'd publicly botched something that should've been a no-brainer for someone who's running at the anti-Clinton. This was absolutely a self-inflicted wound.

Next, Bernie Sanders, the main attraction, came out as the protest continued. (As an aside, I didn't realize until Saturday morning how commanding Sanders is as a public speaker. He knew his audience and his charisma was on full display.) But even Sanders appeared flummoxed by the protesters. At one point, a few minutes into his time, Sanders threatened to walk off if the protest continued. Part of me wouldn't have blamed him. However, part of the gig is to power through things like this, and to figure out how best to respond to The People, no matter how vocal they are. (And it stood to reason that at a convention of progressive activists there might actually be, you know, activists.) Plus, Sanders, unlike O'Malley, had the advantage of knowing what he was walking into. Unfortunately, it didn't help much.

Sanders began with powerful, though out-of-context, excerpts from his stump speech, including something about media ownership, which seemed odd since the issue of the moment and, indeed, the entire theme of Netroots, centered around racial tension. (Netroots was held in Phoenix specifically to call attention to immigration, as well as racists like Sheriff Joe Arpaio.) It seemed as though neither candidate understood where specifically to focus, and part of the onus of maintaining the focus was on Vargas, who ended up resorting to nothing more than crowd control. But Sanders, of course, was much closer to the mark, having zeroed in on income inequality and the rate of black imprisonment -- each of which, by the way, happen to be portions of his stump speech.

For Netroots itself, the consequences were mixed. On one hand, it brought media attention to the event. That's never bad news. However, a not insignificant cross-section of attendees, who paid hundreds of dollars for entry in part to see Sanders and keynote speaker Elizabeth Warren, weren't happy. At one point, a counter-chant of, "Let them speak," began in earnest then fizzled. My first reaction, honestly, was that the discord in the hall was great news for conservatives. At a time when the Republicans are beclowning themselves, liberal Democrats need only to remain cohesive and even-keeled while the right hangs itself politically. But when it appears as if even the most liberal of the Democratic candidates are out of touch with African-American activists, and when it appears as if the progressive base is caught in the throes of in-fighting, it exposes political weaknesses to be exploited. At the very least, it gave conservatives a hearty dose of schadenfreude.

The other potential issue for Netroots is that next year's event in St. Louis, and scheduled for deep in the belly of the 2016 election, will be cajoling Democratic A-listers to attend. No one wants to potentially walk into a propeller blade, so various party leaders might hesitate to attend, which could hurt attendance. I wouldn't be surprised if Sanders, who's the progressive A-lister, ever returns to Netroots. More than O'Malley, Sanders was not a happy man on that stage.

But Sanders would do well to return next year anyway, and lean into the criticism. Until then, he can certainly make up lost ground on the issue by not shying away from digging into real, actionable solutions for race-based police violence. He absolutely has the capacity to electrify the conversation, and among the entire Democratic field, he could be the go-to candidate on race. He just needs to try.

At a time when live rallies and the like seem antiquated given the power of electronic media, it's never easy to fully achieve much of anything with a physical real-life protest. But while I question the timing and decorum of the protest, it managed to expose a weakness on the Democratic side that needs to be plugged, and plugged immediately. If anyone should be talking about race more effectively, it's hard left Democrats like O’Mally and Sanders. Something tells me that, today, the staffs of all five Democratic presidential candidates are working on better answers to the Black Lives Matter issue. Clinton, for her part, put out the following response during a Facebook q-and-a this afternoon.

More of this is exactly what we need.