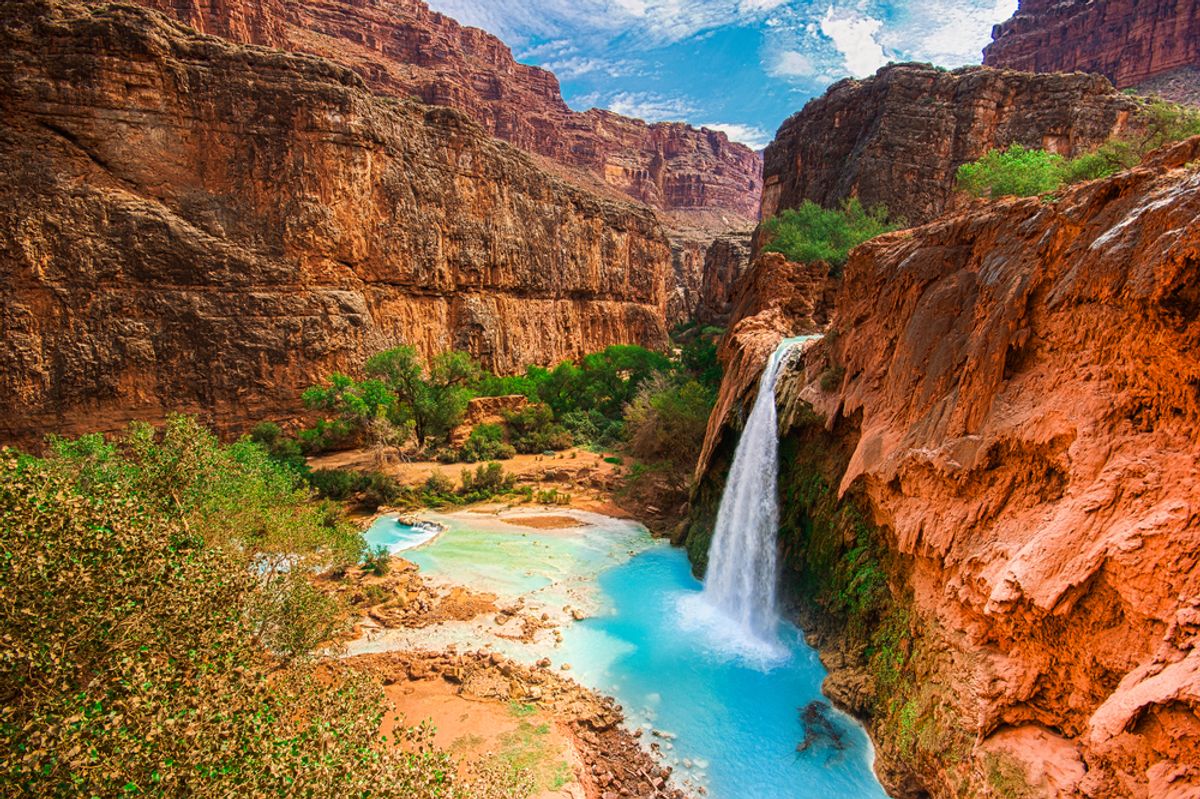 A short list of things Republicans would like to do with our National Parks: open them up to oil and gas drilling and maybe mining; sell off what we can -- National Forests, Wildlife Refugees and Wildernesses -- to the highest bidder; and, since we can't get rid of the ones we already have, make it so that there are No more National Parks, at all, in the future. Oh, and bring back the plastic water bottles.

Because nothing says family getaway to America's great, untouched wilderness like this: The National Parks Service made it possible to ban the sales of these most environmentally unfriendly products three years ago, citing its commitment to sustainability and "the significant environmental impact" of the disposable plastic bottles as "compared to the use of local tap water and refillable bottles." It was an experiment, but one which the Parks Service estimated could save the equivalent of 6,000 metric tons of carbon emissions each year. Bans have since been adopted by 19 parks, including the Grand Canyon National Park and the Mount Rushmore National Monument, all of which provide readily available filling stations. The Grand Canyon, which sells reusable bottles for just $2.50, said plastic bottles used to account for an entire fifth of its solid waste stream.

Hard-working American families, Rothfus explained from the House floor, "who don’t own expensive camping equipment" -- presumably, that includes $2.50 reusable bottles -- "could be put at risk of dehydration.” The fact that the readily available alternative is free water didn't seem to factor into his argument.

Big Water, meanwhile, argues that bans on plastic water bottles only drive consumers toward unhealthier options: much is being made of a recent study on the University of Vermont's ban, which found that, denied packaged water, students started drinking more sugary beverages -- enough so that they never ended up seeing a reduction in plastic waste. But the Parks Service, in its policy statement, takes that possibility into account -- it's why parks have a choice about whether or not to enact a ban, and why it's not recommended for parks without access to running water. Any park with a ban is required to collect data on its effectiveness, but we've yet to see a study on any specific park.

And the move, Parks advocates have stressed, is largely about sending the right message. The Parks Service suggests that bans will "introduce visitors to green products and the concept of environmentally responsible purchasing, and give them the opportunity to take that ethic home and apply it in their daily lives." David Nimkin, senior regional director for the Southwest for the National Parks Conservation Association, called it a “reasonable and appropriate move on the part of the Park Service to help its visitors recognize that water is critically important.” It should come as little surprise that Republicans have little tolerance for that line of reasoning, either .