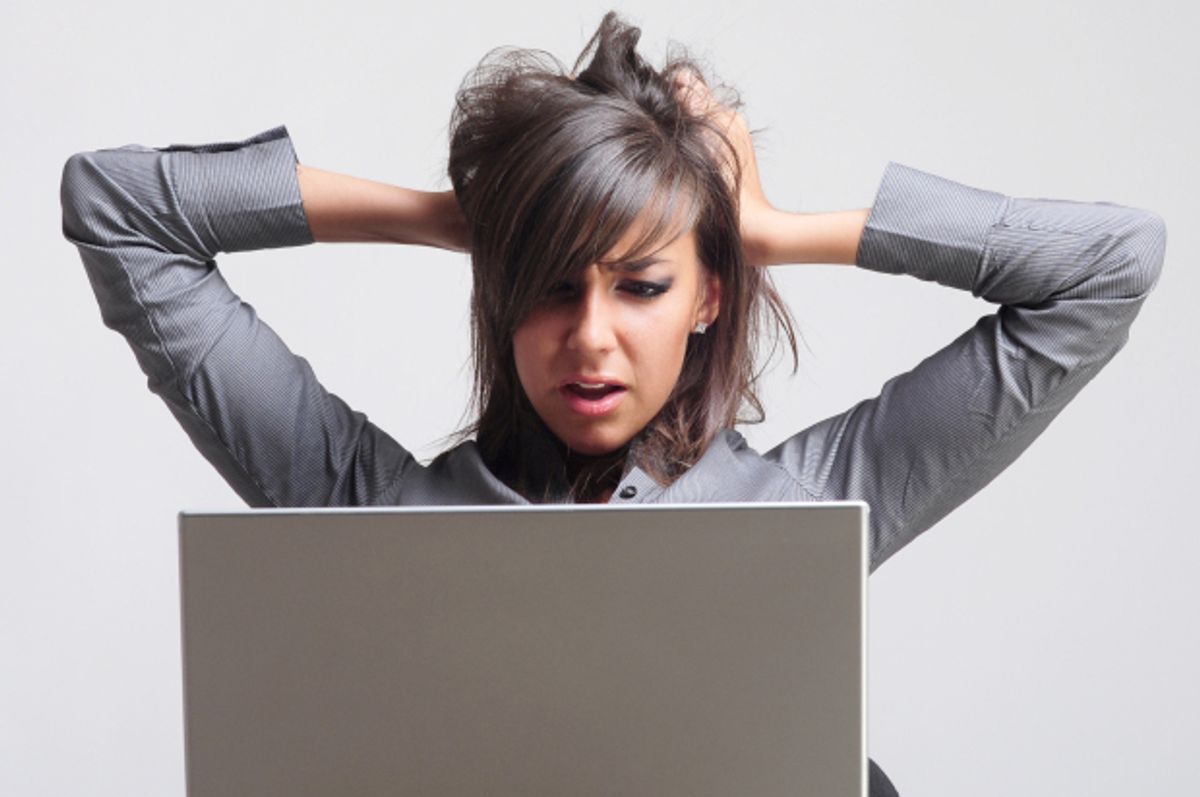 It comes to no surprise to most people that corporate Human Resources departments work in conjunction with IT to monitor employee activities at the workplace. They monitor your movements with keycards and video cameras; they register when you log in and out of your work computer; and they even track your keystrokes, your email (including your personal account) and web browsing on their workstations. It can be argued that they have the right, as it is their equipment and you are on company time. However, more and more workers are being spied on and manipulated by Human Resources in more insidious ways, and they probably don’t even know it. Here are​ five.

1. They monitor your personal electronics. Many companies allow employees to use their own cell phones, tablets and computers for work purposes, instead of providing these devices. Employees like this because their work life and personal life can coexist on a single device and they can use the phone, tablet or computer of their choice. This is often referred to as Bring Your Own Device, or BYOD. However, employees are often asked to install device management software on their devices, and are pressured into signing vague user policies that give the company the right to monitor and access the devices.

The most common reason companies give for installing device management software is that it allows them to wipe out all the data on the phone if it is ever lost or stolen. Not only does that include corporate email, contacts and other communications, it also includes personal contacts, photographs, text messages, music and apps installed on the phone. If that sounds bad, it gets much worse, Human Resources departments have directed IT personnel to completely wipe a phone if an employee has suddenly quit or been fired.

But sometimes HR doesn’t coordinate employee firings well with the IT department. A former editor at a New York-based media company tells AlterNet his phone was wiped clean while he was on vacation. At first he thought he had damaged the phone and sent it in for repairs. The day he returned from vacation two weeks later, he was marched into HR and fired. Later that day, he noticed the date on one of his termination documents was the same day his phone quit on him (after all they couldn’t fire him when he was on paid vacation and not at the office). When the employee got his phone back from the cellular company, they told him that there was no physical damage to it, they couldn’t recover any data, and needed to perform a hard reset to get rid of the device management software installed by his employer so the phone would work correctly.

“I’m rather glad I was ignorant about this, or it would have really spoiled my vacation,” says the former employee. “But I couldn’t use the phone for navigation, make reservations, or to take pictures, so it was rather annoying.”

Worse yet, corporations can confiscate and have personal phones searched if they part ways with employees. If a company feels that it has questions that may lead to litigation against a former employee, it will likely require the ex-employee to surrender any electronic devices with management software installed on them.

Employers can also track an employee's whereabouts through the GPS system on their personal devices. This information can be used by HR to determine how long lunch breaks are, how long an employee spends in his office, and even how many trips to the bathroom he makes. Worse yet, let’s say an employee calls in sick, but really just needs to play hookie, or a mental health day. The employer can see if the employee was really home, or if she went to the spa, mall or golf course instead.

And what about the apps you install on your phone? User agreements often give the employer the right to know what software is installed. While companies claim this is done for security reasons, they can glean information about the employee. This can be especially worrisome if the employee uses a specialized app to manage a health condition they don’t want their employer to know about.

There are some things employers can’t do after they hijack your phone with device management software. They can’t see personal email, SMS messages, photos, videos, voicemail and Web activity, or at least IT publications claim.

2. They track and manipulate your social media. HR professionals are turning to Facebook, Twitter, LinkedIn, Instagram and other social media platforms to track the activities of employees and ex employees, as there are no clear laws barring employers from monitoring personal activities on social media after work hours. While it’s public information when an employee posts negative or compromising information about his employer, and HR departments might have some rights to retaliation, they may also look at that employee’s contact list and see what other employees it contains. Workers can often feel they’re targeted through “guilt by association,” and some are giving up their social media accounts because they’re worried that their employer will hold their acquaintances against them.

Further, some companies ask that employees post good things about the company on their social media accounts. Some employers go as far as to ask workers to change their Twitter and Facebook cover photos and put updates on their timelines to promote the company, its work, or its products. However, this practice is frowned on by social media companies like Facebook. In its terms of service agreement, Facebook explicitly bans employers from having employees use personal timelines for the company’s commercial gain.

3. They demand access to your private online accounts. Some companies have gone as far as to demand that employees surrender their social media and other Internet passwords to their HR departments so they can review the accounts. This also goes for prospective employees. While a prospective employee can deny such a request, it might be a bar to hiring. If a current employee is asked to give up a password and refuses, who’s to say if that would not be quietly used against the employee in the future. Further, if an employee does give permission to the employer, you never know what they’ll find that they don’t like. A seemingly innocent photo between friends, a political endorsement or even a “like” of a Facebook post can potentially change the perception that a company has of its employee. Worse yet, as role-playing and action-adventure games are now closely tied into social media channels, HR may look at the characters you create with them and draw the wrong conclusions.

During your exit interview, your HR department may even ask you to give up your Twitter or Facebook account. In fact, companies are suing over ownership issues of former employees’ personal social media accounts. In one case, a company sued a former employee over the 17,000 Twitter followers he took with him after he left the company. Although the details of the settlement are confidential, the former employee, who had the company name as part of his handle at one time, kept his Twitter handle and his followers. But the case created no precedent for similar cases going forward.

Right now, more than 20 states have enacted laws expressedly barring employers from gaining access to the social media accounts of employees and several more are reviewing such laws.

4. They engage in social engineering. The rebranding of “personnel” to “human resources” three decades ago signaled that employees were now resources to be managed like any other capital, such as finances, office equipment and property.

Thus, the Human Resources officer sees its role as defining which employees are happy and productive. To do so, they try to influence the corporate culture by creating social engineering experiments in the office to identify employees that are engaged and those that are disillusioned. Seemingly innocent engagement activities like potlucks, “Hawaiian Shirt Wednesdays," company sing-a-longs and team-building exercises are not arranged for the enjoyment and benefit of the employees who participate in them, but for Human Resources to identify troubled employees.

A despondent worker, HR believes, is not a productive worker. But the problem with these activities and Human Resources’ monitoring of them is that introverts and those quietly dealing with health or personal issues might not feel up to such activities.

Employees viewed as not participating in arranged workplace activities tend to identify as troubled to their managers and human resources personnel, which may precipitate their eventual departure.

5. They’re creating prison environments. Human resources departments are actively engaged in the redesign of the work environment, claiming that their input helps improve teamwork and efficiency. One of their favorite workplace designs, the open-office model, creates an environment where workers do not have the privacy of walls, doors or even cubicle boundaries. While HR departments say the open office promotes transparency and fairness in the workplace, workers say it creates too many distractions  and makes them less productive.

Open offices create stress among workers. As they can be watched at any time by managers on the floor and workplace security cameras which can save months of video data onto hard drives, workers are forced to constantly adjust their own behavior. In fact, the open office concept often resembles the prison panopticon design, which allows a single watchman to observe and control many inmates.

The only time an employee has a legal and reasonable expectation of privacy is when they are using the bathroom or getting undressed, also employers may not record union meetings. Still, some employers have been known to break even some of these rules, claiming that they have substantial need to film employees in such situations.