Jesse Ventura's perfect Ann Coulter putdown: "What has she ever done to deserve any credibility whatsoever" 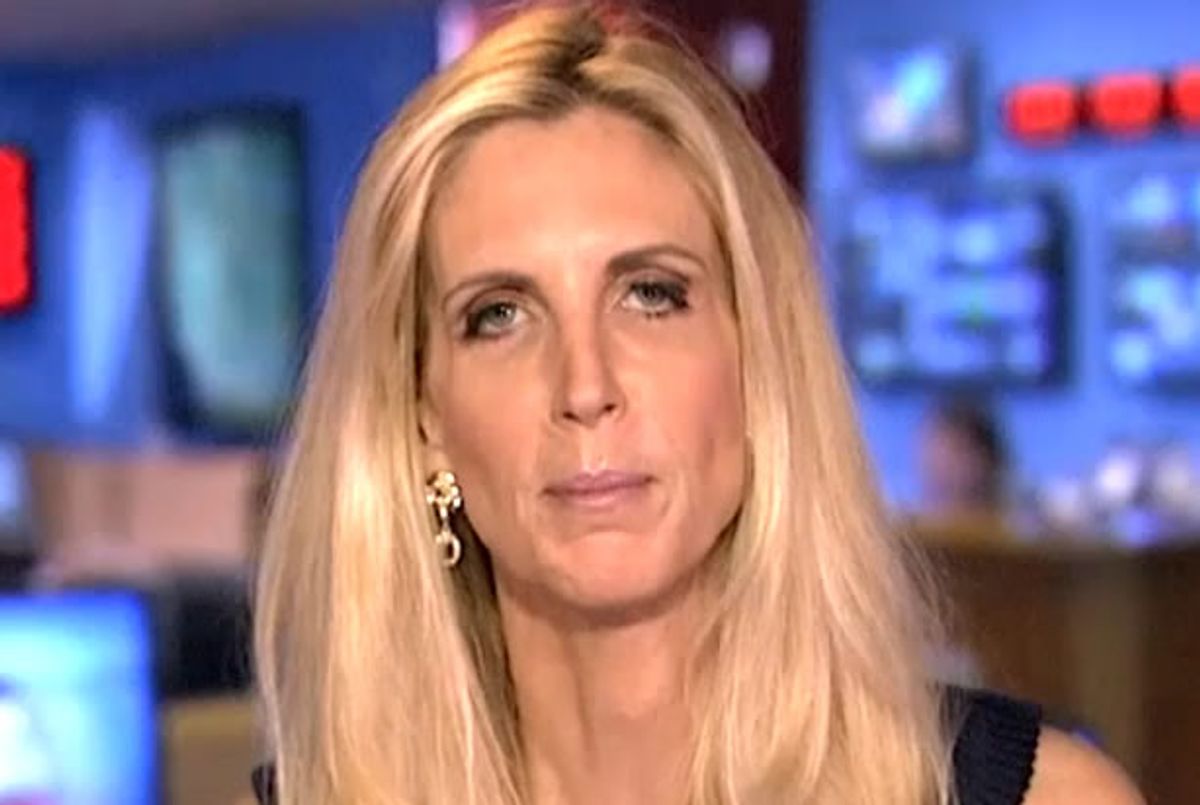 They debated Donald Trump, gay marriage and more, but the exchange that caught our eye was this -- in which McInnes essentially discredits his entire argument by admitting that he gets all of his numbers on immigration from, yes, Ann Coulter.

Ventura doesn't see her as a credible source.

Jesse Ventura: “Fifty percent of murders in Texas have been linked to illegal aliens…” you stated this on “The Greg Gutfeld Show,” in reference to Donald Trump’s comments on immigration from Mexico. But our friends at [Politifact] say your claim is false and call it a mighty exaggeration -- you were talking about a statistic Ann Coulter referenced in her book. Who would give Ann Coulter a, what has she ever done to deserve any credibility whatsoever?

Gavin: What? Ann Coulter is one of my favorite, the most talented researchers in America today, she writes the most concise, astute, and compelling books I’ve ever read, and anyone’s ever read, her books are fantastic, they’re factually accurate, and I, I’ve tweeted the page that references that fifty percent, she was talking about a Rick Perry quote--

The complete video -- along with a debate on the Confederate flag -- is below.