Jon Stewart returns to "Daily Show" in Trump overdrive: He "has no control over the projectile vomit of dickishness that comes out of his mouth" 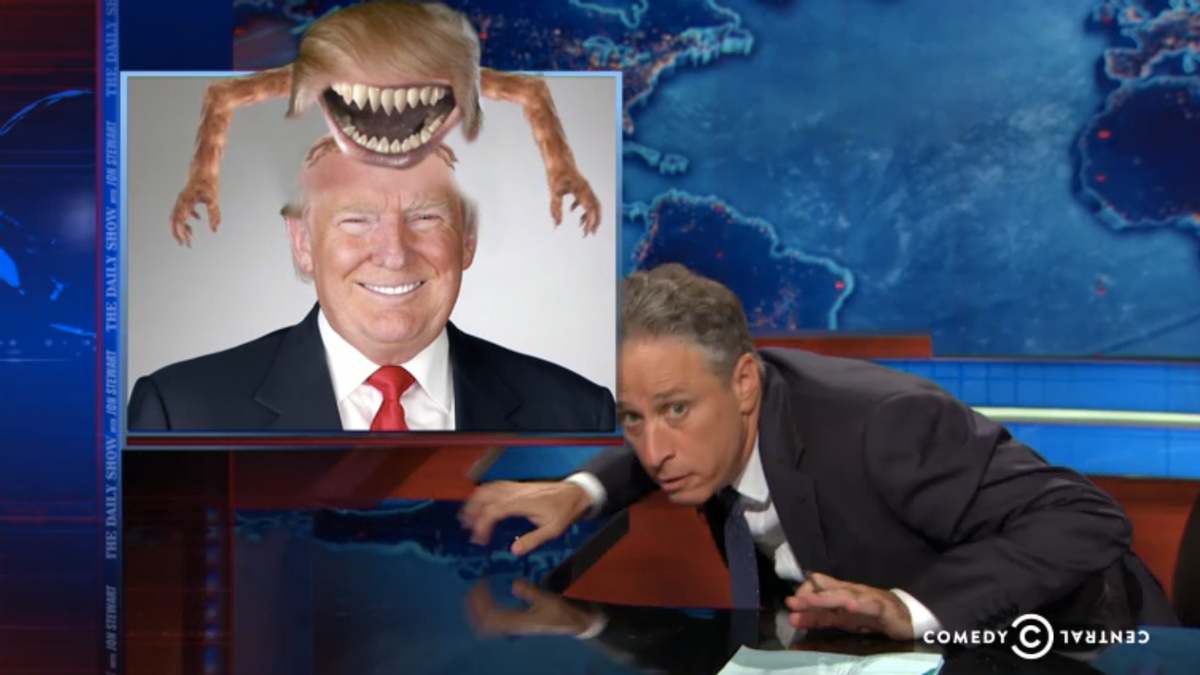 Following a two-week hiatus from "The Daily Show," Jon Stewart returned to his desk Monday night with a lot of Donald Trump catch-up work to do.

While Stewart was out, the GOP presidential candidate declared that Sen. John McCain was “not a war hero" during a speech at the conservative Family Leader summit in Iowa.

"What the fuck is wrong with him?" Stewart said after revisiting his "projectile vomit"-like remarks.

“The only reason [conservatives liked] this guy in the first place is because of the terrible things he was willing to say about Obama,” he said. “But Trump has no control over the projectile vomit of dickishness that comes out of his mouth every time he opens it. It was inevitable some of his word puke was gonna get on you.”

Stewart also couldn't resist ripping into Trump's appearance on ABC's "This Week" in which he told co-host Martha Raddatz that he's growing tired of people "constantly attacking" his hair. "My hair is fine," he went on to say.

"First thing's first, your hair is not fine," Stewart responded. "Now I agree that making fun of someone's physical appearance is a cheap blow, but that hair? That is comedy entrapment. People are not attacking your hair, they are defending themselves from something that appears like it's about to attack them."