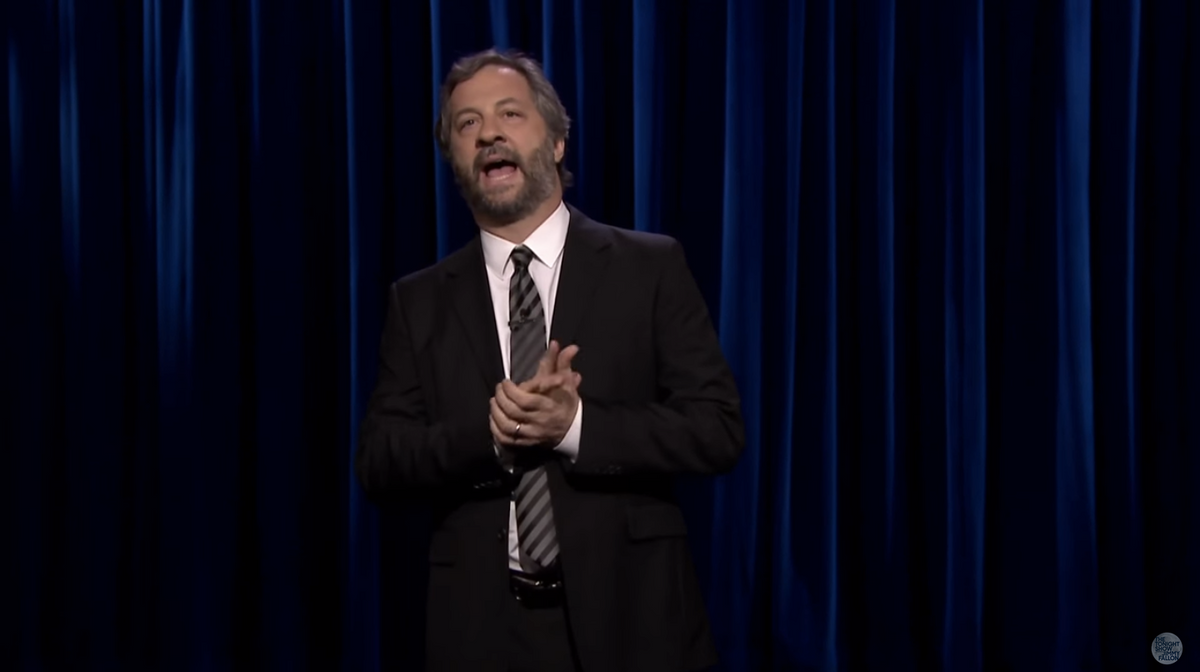 Last night, “Trainwreck” director Judd Apatow unleashed a blistering Cosby impression on the "Tonight Show," delivering a lively and very funny bit in which he imagines accused serial rapist attempting to hide the newspaper from his wife.

“She says to me, ‘What is this in the paper about the raping, the drugging and the women?’” said Apatow in spot-on Cosby voice. “And I said, ‘Do you like your life? Do you like the house, the jet? Then have a cappuccino and shut the [eff] up.’”

Apatow has recently returned to his stand-up roots after quitting at the age of 24, and attendees at the Comedy Cellar in New York last night (author included) were lucky enough to catch the prolific director, fresh off the "Tonight Show" taping, perform a longer version of the same set live. Considering Apatow’s outspoken crusade against Cosby in press, it felt almost inevitable that he’d use his first stand-up routine in twenty-plus years to tear him down — which didn’t make seeing it any less of a thrill. Watch below: