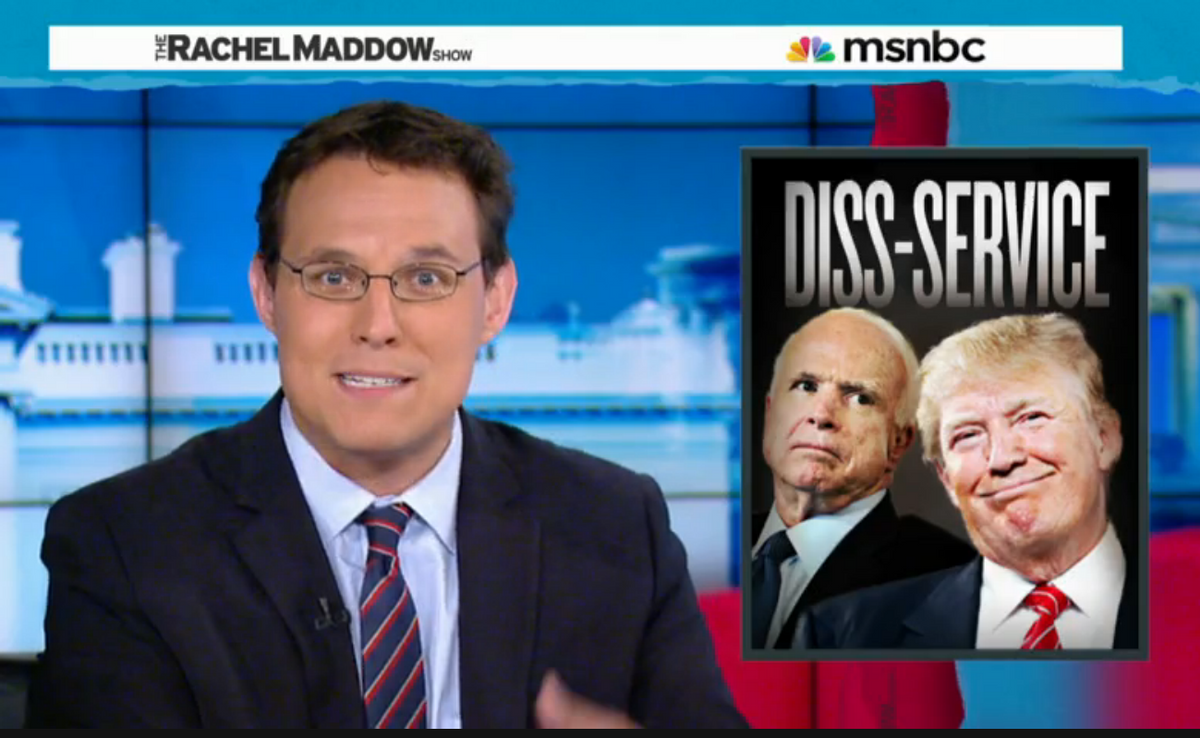 Donald Trump has somehow managed to surge to the front of the Republican polls in the past few weeks, but his success could be short-lived. Well, he hasn't "somehow" gotten ahead; Trump has gained favor by being incendiary and asinine (not to mention racist). And that is exactly what's going to come back to bite him, according to Salon contributor and MSNBC host Steve Kornacki.

Filling in for Rachel Maddow on Monday, Kornacki outlined past GOP presidential candidates -- specifically Newt Gingrich -- who managed to tap into some of the Republican base's most conservative views, only to be cannibalized by the party just in time for the general election. So while Trump may seem to be doing just fine right now, Kornacki argues, this too shall pass... or maybe it won't.

"In the past, this would probably be the beginning of the end for Donald Trump," Kornacki explained. "If we were looking at a regular candidate, we'd be pretty sure that's what's going to happen right now. But ... Donald Trump isn't playing by the normal rules of political combat. He is not backing down here. He is not giving an inch."