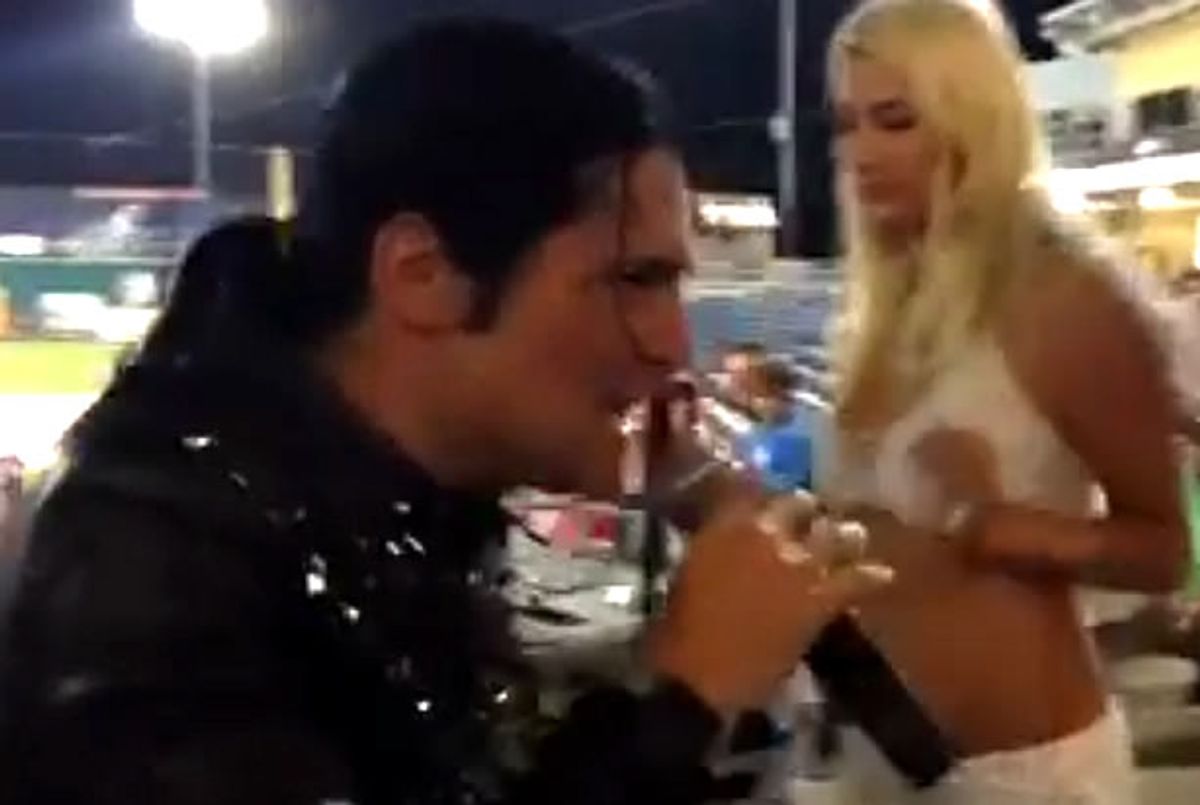 The Class A-level State College Spikes officially apologized to its fans for the quality of performance by Corey Feldman, The Centre Daily Times' Lori Falce reports.

According to Spikes General Manager Scott Walker, the team had a contract with "The Lost Boys" and "Goonies" star that stipulated he mingle and interact with the fans as part of a "Retro Night" promotion. Feldman was dressed the part -- he was decked out like Michael Jackson circa 1984 -- but the "angels" who accompanied his performance were, in Walker's words, "not exactly family friendly."

"It's not the type of entertainment we stand by," he added.

Last season, Alfonso Ribeiro -- best known as "Carlton" on "The Fresh Prince of Bel Air" -- was the star of "Retro Night," and the promotion was wildly successful. "We went from the nicest guy in the world to something else," Walker said of Feldman, who "simply did not want to do" any of the activities he was contractually obligated to.

Watch a video of Feldman's performance via Froggy 101 below.

Corey Feldman and his Angels at the Spikes game. Feel free to give this performance an honest review. ;)