"It is my duty and right to warn when there is danger," one resident said, and this "is going to kill Farmersville" 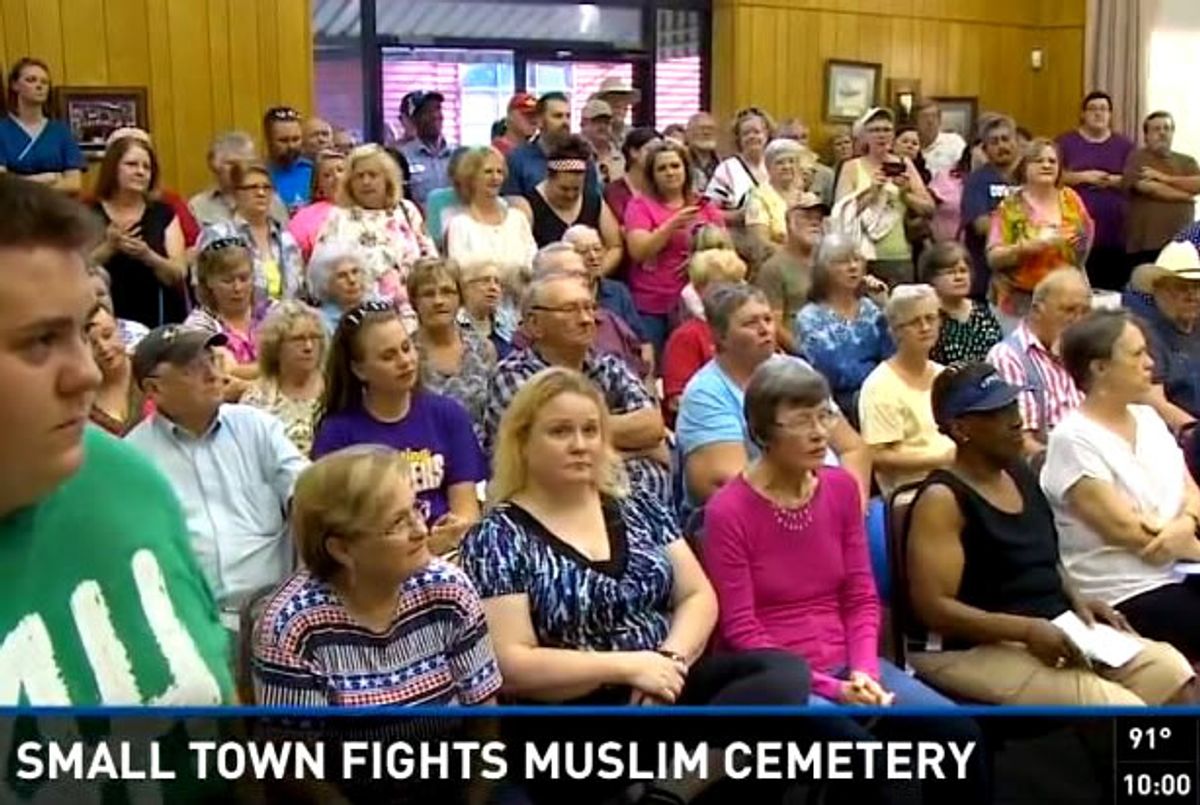 Residents of a small Texas town about 35 miles north of Dallas are fighting to prevent the establishment of a Muslim cemetery on an empty strip of land next to a highway because of the threat it could pose to the community, WFAA's Jobin Panicker reports.

The Farmerville property where the proposed cemetery would be established is currently owned by the Islamic Association of Collin County, and would seem to be an ideal location for a cemetery -- if, indeed, that's all the association has planned.

Which, of course, is really all it does.

The Association's resident scholar Khalil Abdur-Rashid told WFAA that at a town hall meeting last Tuesday, some residents "thought it was a mosque going to be built, others thought it was a training ground," but he said the organization "wants to be very clear that this is a cemetery."

Even if it is "just" a cemetery, many of Farmerville's mostly white 3,500 residents still have concerns, because they've heard that the Muslim dead can pose health risks.

"When somebody dies they bury them at that time," Troy Gosnell told KTVT. "They don’t know whether they were shot, diseased or anything else. All they do is wrap them in a sheet from the grave and bury them."

Patricia Munroe was concerned that the Muslim dead could contaminate the town's drinking supply. "The bodies are generally above the water," she said, "and we get rain just like we did, it’s going to be in our drinking system."

Alia Salem of the Council on American Islamic Relations of Dallas dispelled such talk, saying that "they are fearful of what they don’t understand, and hopefully it’s an opportunity for us to come together and learn a little bit more about each other and dispel some of those misconceptions."

At the town hall, one resident pleaded the city council to find some way to prevent that opportunity from occurring, saying "there's something about it that y'all are missing," suggesting that there exists some bylaw that would prevent the cemetery from being established.

Another claimed that this "is not the right land use," and that "it's going to be a great big issue and it's going to kill Farmersville."

Watch a report on the town hall meeting below via WFAA.