The only way to love a married woman

We had sex beside her sleeping husband. We had threesomes with her husband. It was a mess, and it was brilliant 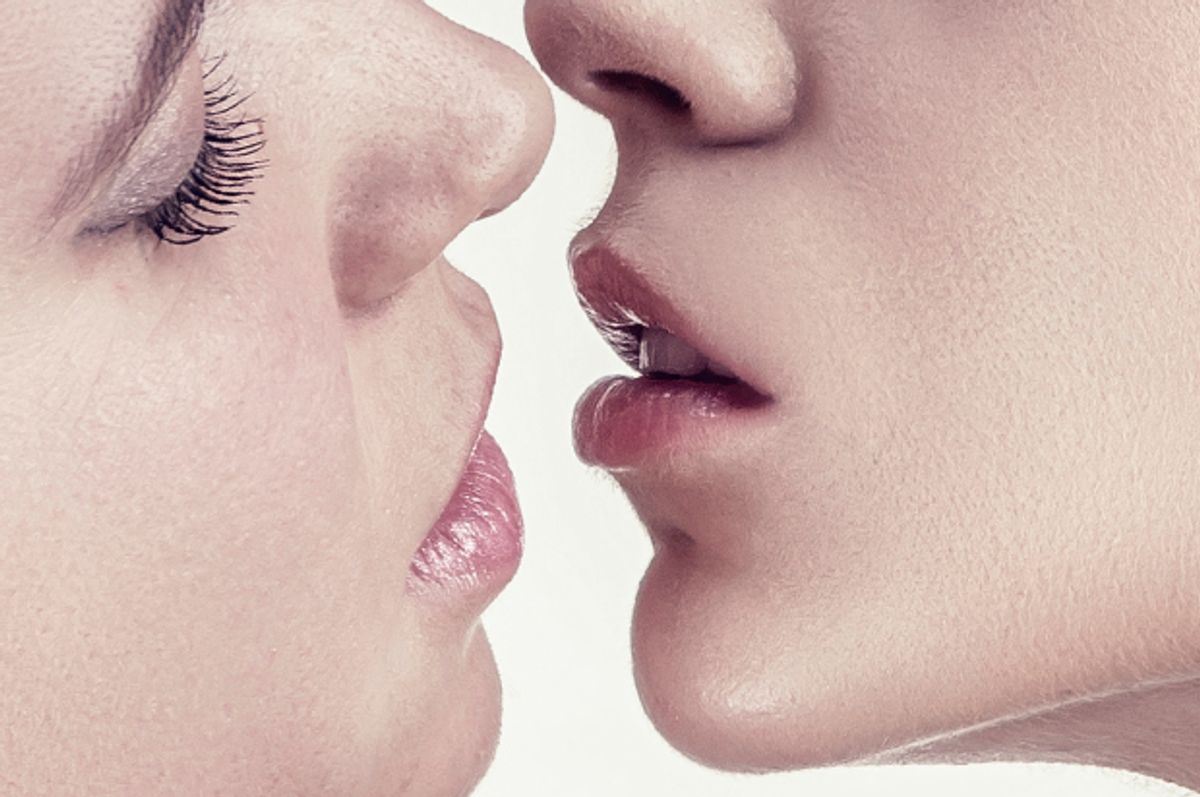 Because she was on the East Coast and I was on the West, and because she was straightish and married and I was neither of those things, I didn’t think much of the relationship Erica and I struck up on Facebook after she left a flirtatious comment on a friend’s wall. In our correspondences over the next month or so, mostly conducted through Facebook chats, she told me all about her life, her husband, her love of Nina Simone and dirty Southern hip-hop. She played me Ella Fitzgerald and Louis Armstrong’s “Stars Fell on Alabama” and said, “Listen and imagine how I’d hold you in a white sundress in late June with stars in a field and nothing else,” and also that “we would never work in reality.” I responded by booking a flight to her city 2,500 miles away.

The first long weekend we spent together was less the stuff of reality and more the stuff of reality television — full of sex, booze and terrible fights. We fucked all over the house she shared with her husband. We fucked quietly while he lay asleep beside us. We fucked, all of us together, until she, then he, got jealous and both left the room abruptly. Doors were slammed. Doors were tentatively opened. And out of this four-day melee came a budding romance, a long-distance love affair that would last, improbably, for years.

“I’ll write you,” she said the last time we saw each other, in a rented condo where she drove four hours to stay with me for 12. She’s been saying it for years, and it’s a hope that’s long vanished, along with the thought that we’d end up together. Still, I think, it’d be nice to have a letter, something to hold in my hands, something more tangible than longing and regret. Each time we meet, which is about once a year, I’m struck by her raw, physical beauty. My body becomes filled with her for days. The other 364 days I don’t see her, I sit in my mind’s dark corners and wonder about her.

She writes me on Facebook sometimes, when her husband and children are asleep. We drink wine together across the country and type things on blue screens. This is where my love has gone—into tiny, pixelated boxes. I prefer it that way now. There’s more value in not knowing how things might have turned out.

I remember meeting her husband for the first time and how I thought he’d be more dashing. But he was perfectly suburban, perfectly polite, even though the night before she and I tore each other’s clothes off in his nice suburban kitchen. Facing each other we looked nothing like our roles: he the jealous husband, I, the other woman. Perhaps it was the 20-year age gap between he and I, but I felt more child than mistress. I still do.

He wasn’t dashing, but he had everything else. A life of privilege and ease and paintings that cost as much as my yearly salary, purchased without a second thought. I think of him loving her now and that feels true.

I remember how close we sat in the park under the magnolia trees. We told ghost stories while the strap of her red bra fell from her shoulder, and I wanted nothing more than to touch her then, to hook my finger under the strap and return it to its proper place. I felt similarly out of place all weekend, like a weed growing out of the pavement, strangers spilling out from every room, all of them unknowable, but her.

She poured us drinks with the feigned nonchalance of someone privately recording and savoring every moment. I tried to write it all down, but eventually my eyes moved only by her, and the better story for once was to live in her nearness.

I remember our brazenness that first weekend. Anyone could have come down. Anyone could have seen us, but maybe that was part of it too. Her life was so controlled. I was a window she could either gaze at or jump out of, a road she’d never take, the broke lesbian artist romance. If we were together in any sort of “real” way, I’m sure she’d have been miserable. But not then, of course. Then I held her sweaty on the couch and she said things like, “You’re the girl I could fall in love with.”

I think of her loving me now and that feels true.

After that first night, she and I moved seamlessly from strangers to not. The only way our love could have failed was the distance that also made it possible. And she was always so gentle with me. She took me on errands and I sat in the front seat of her SUV holding a chrysanthemum so large it blocked my view of the road, the entire outside world. Her kids asked what Buddhism was and I said it was like oneness with the universe, that we are all connected and all suffering. By the end I was talking more about myself and less about the religion and then someone changed the subject to how good enchiladas are and I nodded in silent agreement.

Ours was a love that hinged on possibility—what we could offer each other was infinite potential. Reality never stood a chance against that kind of promise. I loved her in a way that felt both inexplicable and inevitable. She represented a singular perfection, she had to because she contained none of the trappings of a real relationship, the awkward, the beautiful, the sweet, the ordinary, the holding hands in public, the quiet walks, the bickering at Trader Joe’s. She was perfect in part because she was an escape, she seemed always to offer more.

“You make me dream of lives that could never be mine,” she said, the first time she tried to break it off.

I once read that our memories change each time we recall them, that we are constantly editing what happened. In the end, we can't hold onto anything, not love, not even our own truths, because everything moves. Nothing is ever written just once.

The last night we were together she took me for a ride in her BMW convertible and bought cocaine in the bar where she and her husband met. She led me to the bar’s bathroom, and held a key-full up to my nose. “I’ve never done this before,” I said, trying not to breathe and blow away the expensive powder. But then I was giddy and the wind tangled my hair and words and I was so happy to be in that car with her, to be alive with her. The chrysanthemum was gone but still I could see little, just the flickering street lamps of Charlotte, her radiant mouth, and her hand on the gearshift as we drove and drove back to the life I could never share with her.